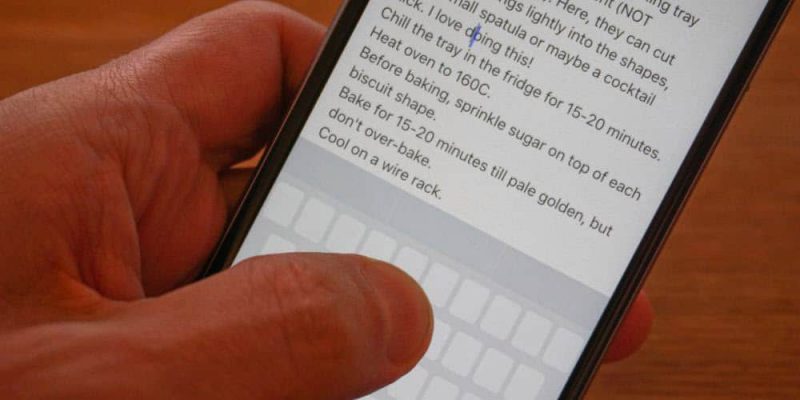 3D Touch added an assortment of useful features in iOS – we’ve already discussed some of them and even older, jailbroken iPhones can get 3D Touch-like functionality. And lets not forget it’s also up to developers to find new ways to use 3D Touch in their apps.

Among all of these features, you can now turn your keyboard into a trackpad on iPhone 6s and 6s Plus thanks to 3D Touch. Some touted this feature as perfect when you’re on the go. However, I’m sure many of you have been using the trackpad on your notebooks even while you were comfortably browsing the web or doing some other kind of non-urgent activity.

Truth be told, us computer users inevitably miss the mouse when handling our smartphones, so the trackpad is surely appreciated by many people. Text manipulation on a touch screen is a bit inconvenient compared to carelessly moving the cursor around on a trackpad.

There’s no dedicated trackpad function available on the iPhone 6s/6s Plus, instead you can turn the keyboard into one, whenever you need it, in any app where the keyboard shows up like Mail, Notes, Messages, Facebook, Twitter and so on. Here’s how to enable the trackpad: 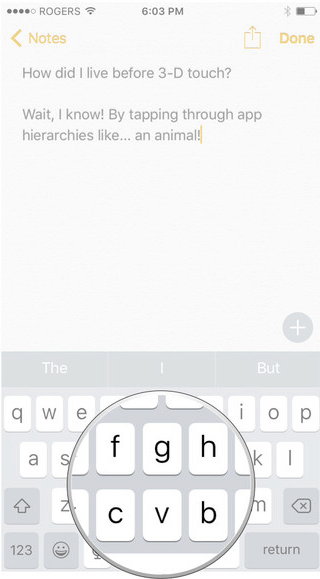 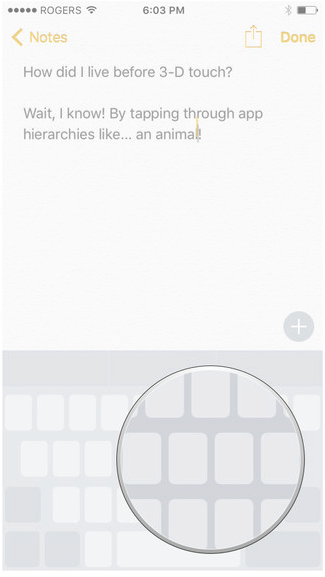 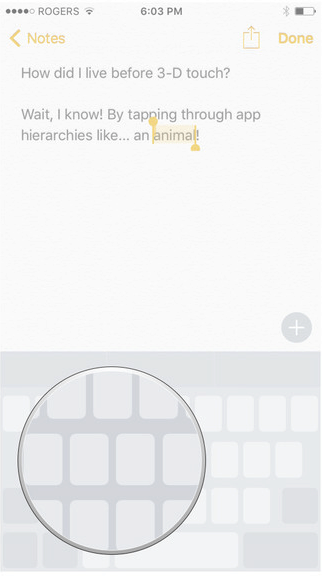 Note: Instead of dragging up and down, you can deep press two times in a row and the entire sentence will be selected; three times to select a paragraph.

As you can see, the trackpad in iOS 9 is quite smart – just give it a few tries to get used to it and you’ll be hooked for life!