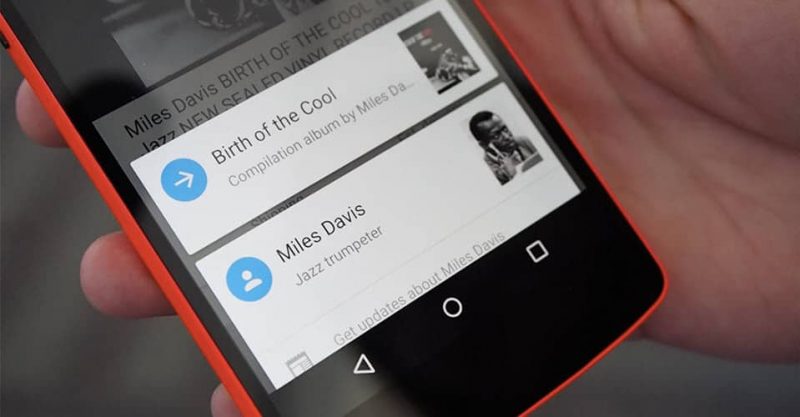 The latest Google app update (v5.3) rolled out last week, bringing the Now on Tap feature as an unexpected surprise. The Mountain view-based tech giant previously stated Now on Tap was not to become available in any of the Android M previews, which is exactly what happened.

While Now on Tap only works on Marshmallow, this functionality is absolutely amazing – it will give you all sorts of information regardless which app or screen is currently open on your device.

For now, only those running Android 6.0 preview 3 can enjoy the new feature, but it will become available for the general public when Android Marshmallow will be launched officially. As long as you have Android 4.4 or a newer version on your device, you’ll be able to upgrade to Android M.

Now On Tap is not just a basic search function, it’s also aware of the context, which is pretty easy to understand but truly impressive when you try it yourself. The function activates by simply long-pressing on the home button at which point Now On Tap will detect keywords on the screen and display information cards for them.

Setting up ‘Now on Tap’

Like I already mentioned to use Now on Tap you’ll need the latest version of the Google app and Android 6.0 (or higher). Regardless what’s currently on your screen, long-press the home button and you’ll be prompted to turn on Now on Tap. Press the ‘Get Started’ option to activate the feature. 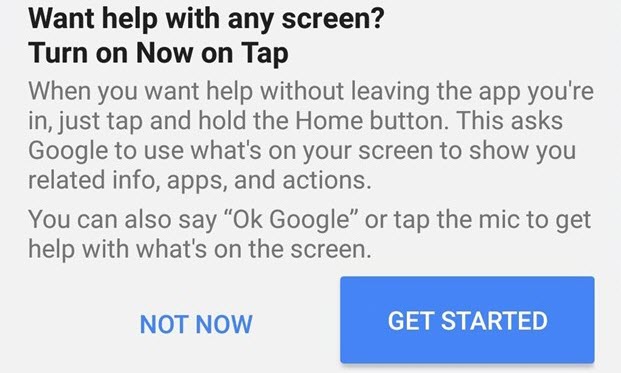 Then, Google will detect keywords on your screen and display them along with cards. you can tap on any of the cards to launch a Google search, and at the bottom of each card the app offers links to relevant pages on popular services such as YouTube, Instagram and Twitter.

Now on Tap is quite powerful to begin with, as you can see it detects a variety of keywords, but you can expect it to become even more capable in future updates.

I think we can all agree here that Now on Tap’s usefulness wouldn’t be complete if it wouldn’t allow for contextual voice search. This is the perfect way to get exactly the results you’re interested in, but without having to specify absolutely everything.

As long as you have ‘OK Google’ turned on, you can ask a question about something that’s on your screen. Say you’re listening to a song and you’d like to know the name of the band’s lead singer. You can just ask that “Who’s the lead singer?”, Google will know you’re referring to THAT band, the one you’re currently listening. Obviously this works for many other things, places and objects included. 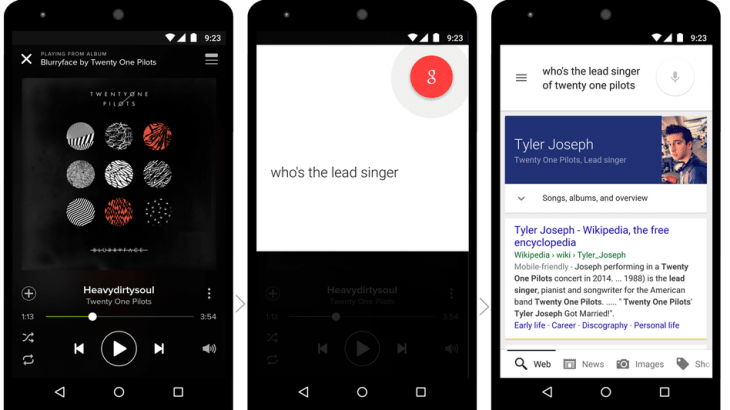 Now on Tap is designed to work out of the box for any app, but there have been reports Google will allow developers customize the shown information for various areas of their apps, to make it even more useful. It’s excellent now, it will become mind blowing once this happens.

Do you find Now on Tap useful? Is it something you’d be willing to switch to a new smartphone to get? Share your thoughts with us in the comments section or give us a shout on Facebook, Twitter or Google+.