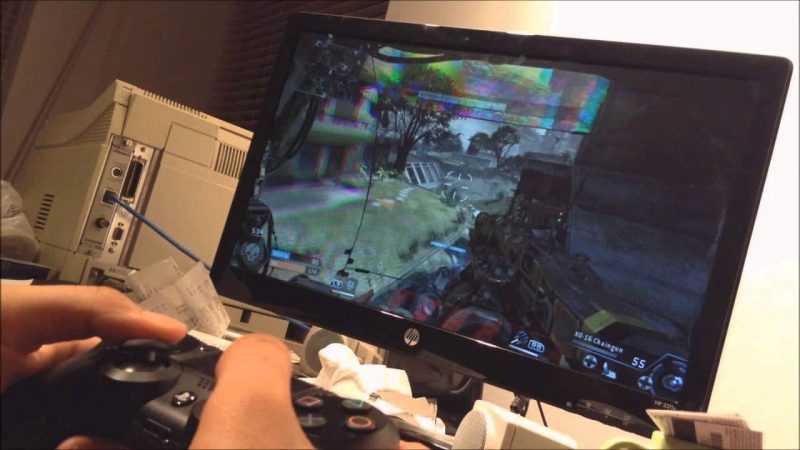 As far as PC accessories go, the Xbox 360 controller has been deeply etched into the minds of gamers worldwide as the standard alternative to the mouse and keyboard. Sony never offered PC support for its PS3 controller, despite the fact that it could work through third-party apps. The DualShock 4, the PS4 controller, has brought new features to the table, one of which is support for PCs. 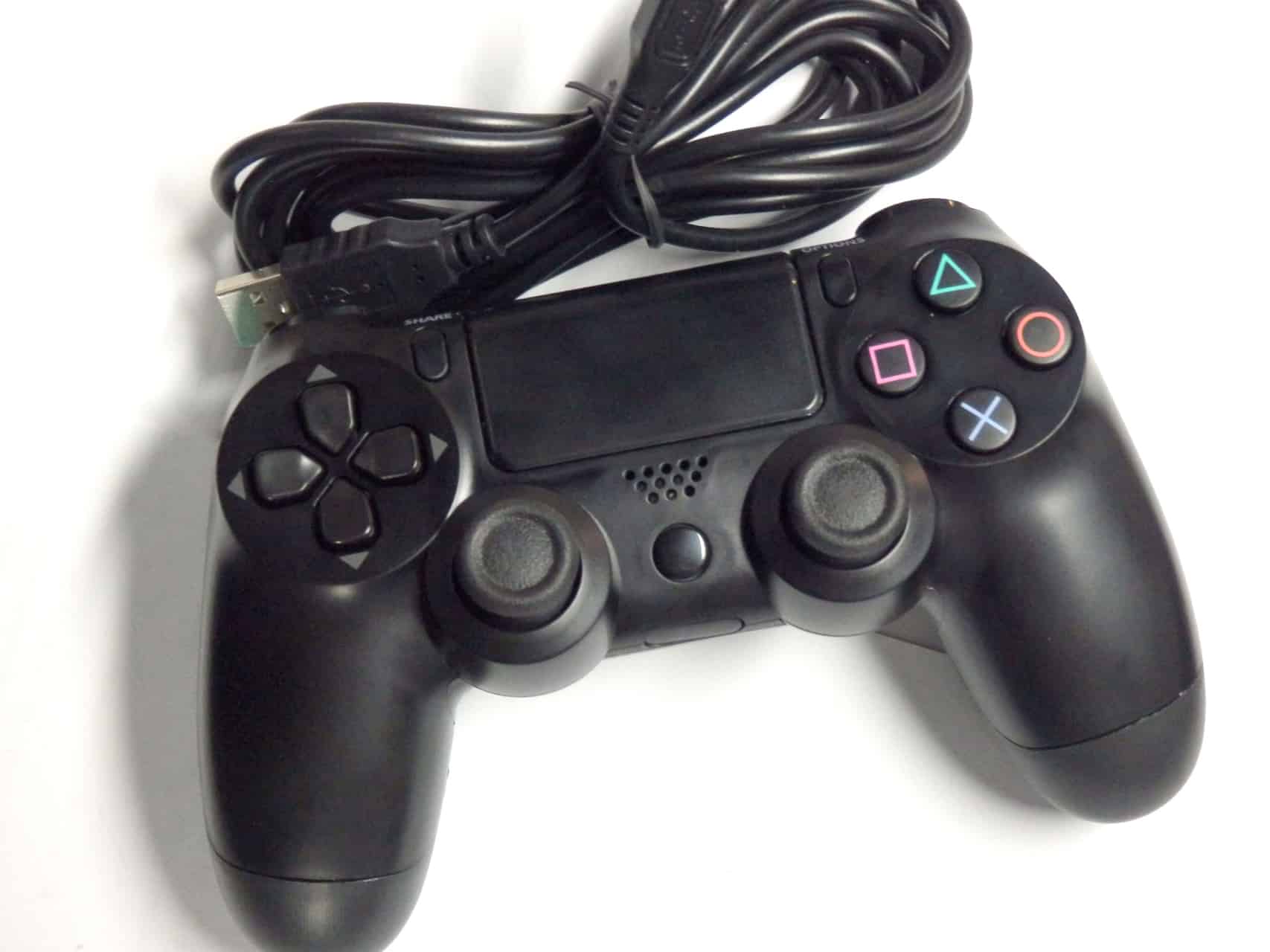 It is highly recommended that you connect via a USB cable because the Bluetooth connection can be very unstable. Unfortunately, there is no easy way to fix that so you will just have to learn how to live with a wired controller. If you still want to connect it via Bluetooth, start by enabling Bluetooth on your PC. On Windows 10, search Bluetooth in your Start menu and press Enter. Turn the Bluetooth toggle on, grab your controller and press the PlayStation and Home buttons while it is turned off. This will make it enter pairing mode and it should be connected to your PC automatically. Make sure to close the Bluetooth window when you are done as Windows will continue to search for nearby devices which can create huge connectivity problems.

In theory, the PS4 controller can be used just like the Xbox controller for Windows games, meaning you can plug it in and start playing your favorite titles without setting anything up. However, this has not exactly been the case thus far. You see, developers actually have to choose whether or not they want to add native support for Sony’s controller and the cold, hard truth is that very few have done so. The PS4 controller does get recognized automatically but if the game does not natively support it, it will simply not work, at least not without using a third-party app too (more on that below).

When you plug in your controller and load up a game, you will instantly understand if it works for that particular title or not as the prompts will be shown in the DualShock 4’s scheme (e.g. X instead of Xbox’s A). In cases where that happens, users do not need to do anything else as the controller will work right out of the box.

Make any game work with the PS4 controller

Since Sony cannot really contest Microsoft’s XInput API for Windows games, a third-party developer figured the best solution was to create an application that takes advantage of it and basically tricks games into thinking you are using an Xbox controller instead of one for PS4. The app started as DS4Tool, then it got renamed to DS4Windows and now it is called InputMapper as its scope has grown beyond the DualShock 4 controller. And now that you have some idea of its history and how it works, download and install it so I can show you how to use it.

Note: InputMapper needs to be on whenever you are trying to use your DS4 controller. If you game often and do not want to boot up the app manually, go into the Settings and select both the “Start With Windows” and “Start Minimized” options so the tool will always be available on the background. 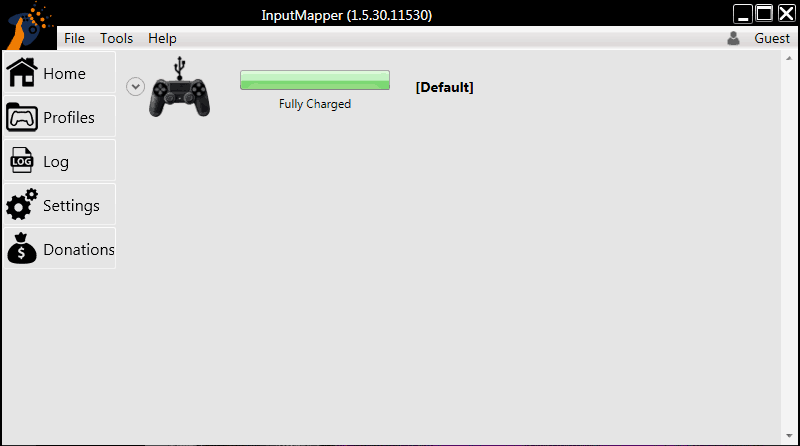 This is all you need to do if you simply want to play games with the PS4 controller hassle-free. Games will think you are using an Xbox controller so the graphical button prompts will correspond to that device, meaning you might need to familiarize yourself with the Xbox button scheme before delving into deep gaming sessions. 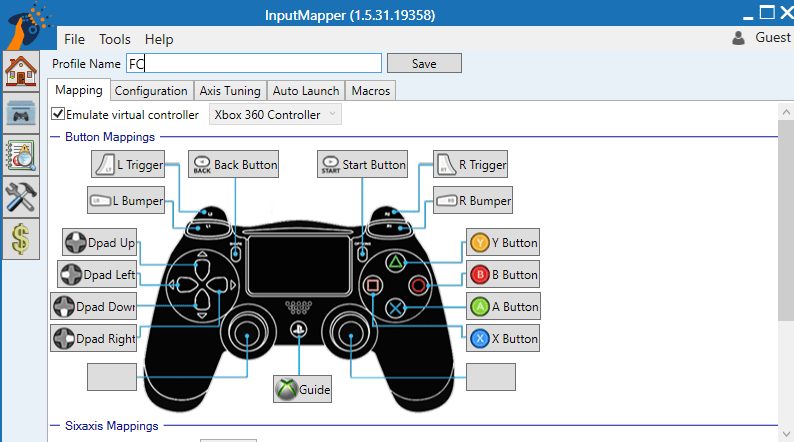 More advanced configurations are also available via the Profiles pane where you can change the color of your light bar, reconfigure the buttons, tweak rumble (vibration) settings and create custom macros. Finally, some games will require you to head into the app’s settings and turn on the “Use Exclusive Mode” option. Basically, InputMapper creates an additional controller entry in your Windows machine and some games get confused by that. The exclusive mode hides the first controller and points the game to the direction of the (emulated) Xbox 360 controller thus eliminating any issues. Windows 10 previously had an issue with this feature due to conflicting services but it has since been resolved. 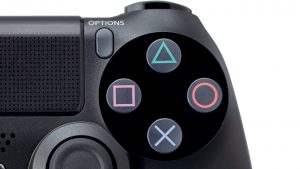 As I mentioned before, InputMapper tricks games to think you are using an Xbox controller and while it will allow you to play any game, the button prompts serve as a constant reminder of the trick you are pulling. Fortunately, the brilliant modding community comes to the rescue once again with tiny little mods that allow you to change the button prompts to PlayStation ones. The caveat is that whether the game you want to play has this kind of mod or not is purely left to chance. An internet search of “GameTitle PlayStation button prompts” will quickly tell you if such a mod exists for your desired titles and the fantastic PCGamingWiki is also a great place to search for such tools.