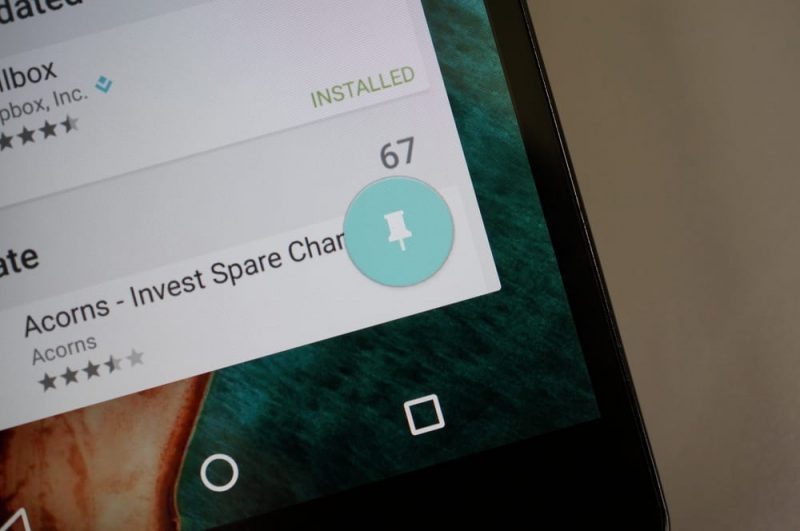 Screen pinning is a feature that can be useful when you’re going to let someone else use your phone for a few minutes offering them access to exactly the app they need and nothing else. The name is rather straightforward so as you might already suspect, screen pinning simply locks an app to the display with no possibility of accessing other apps.

Before we talk about how to setup screen pinning you should be aware this feature is great when a friend or a family member needs to use your phone for a few minute, but not suitable if you’re going to give your device to someone else for a longer period of time. Your phone’s contents can still be accessed via a USB connection, even if you password protect the pinned screen.

To use this feature you’ll need a device running Android 5.0 Lollipop or a newer version. The feature can be found in other areas of the Settings menu than those described below or it could even be missing for some devices. For example, I own a Samsung Galaxy S5 which doesn’t have screen pinning but I’ve seen it available on other S5 devices so it may also depend on the country where you bought it.

How to enable screen pinning 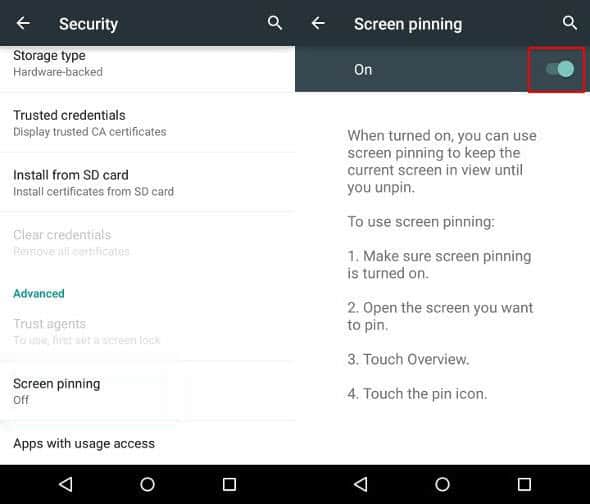 Firstly, you should know most devices don’t have screen pinning enabled by default. To turn it on, head over to your phone’s Settings -> Security and scroll down to the Advanced section. There you’ll find the Screen pinning feature – simply tap it and turn on the switch.

How to use screen pinning

To use this feature, start an app that you want to pin to the screen. It can be any app you have installed on your phone. There are no specific requirements on the matter.

With the app started, tap the Overview button (formerly known as the Recent list button – just to avoid any confusion).

Now your app will be the first in the Overview page (formerly called the Recent apps list), scroll it up a bit and you’ll see a small pin icon in the bottom right hand of the tile. 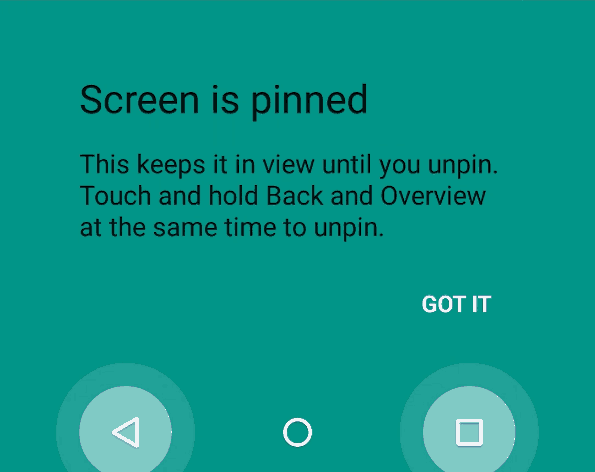 Tap on it and you’ll receive a notification to let you know you’re entering pinning mode. Tap on Got it to continue. Now the app is pinned and you can hand over your device to your friend without worrying he or she will access your personal content.

How to exit screen pinning

Unless you really hate reading, you probably saw the notification I just mentioned also explained how to exit screen pinning. The explanations were very clear: “Touch and hold Back and Overview to unpin”. Alternatively you can tap and hold the Overview button- the result will be the same.

If you want to make screen pinning more secure, you should know it uses the PIN, lock pattern or password you set for your lock screen. If you don’t have any of these options enabled for the lock screen, there’s no way to secure screen pinning.

Howerver, if you’re already using a password, PIN or a lock pattern for the lockscreen that notification which asks for screen pinning confirmation will also have an option to ask for PIN before unpinning. If you use this option, to unpin an app you’ll be taken to the lock screen to enter the PIN or password first.

While an app is pinned to the screen you (or anyone else) won’t be able to use the Home, Back or Overview buttons, or swipe down to read your Notifications. Also, calls and notifications won’t be received while screen pinning is in use – obviously a security measure that prevents the user from reading your emails, SMS messages and app notifications in general. However, phone calls can’t be received either, so you see why this feature wasn’t designed for long-term use and is more suitable to secure your phone in a pinch before handing it over to someone else for a few minutes.