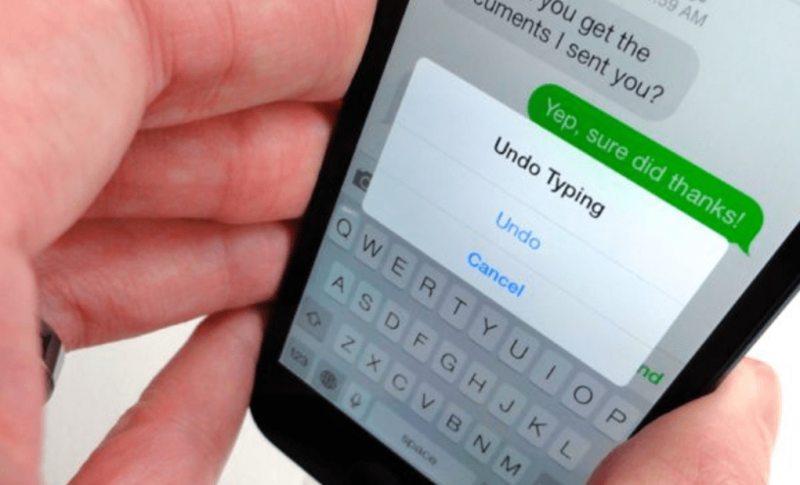 The iOS Accessibility menu provides plenty of features to help those suffering from various physical impairments, but the truth is, many of them can be useful for anyone. ‘Shake To Undo’ is one that’s definitely worthy of attention, and we’re going to show you how you can use ‘Shake To Undo’ in iOS 10.

The feature is very straightforward as it allows you to undo the previous command on your iPhone or iPad in a quick and convenient manner.

‘Shake To Undo’ works in any iOS stock app in which you can type and it’s enabled by default so you don’t need to configure anything in order to start using it.

For the purpose of this guide, I’m using the Messages app, but like I said, the feature works in any other stock app that supports typing.

Open the Messages app and type something.

Like the feature’s name suggests, shake your iPhone or iPad. 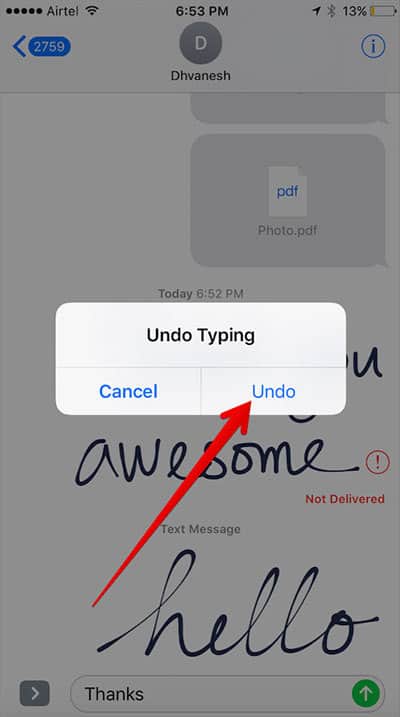 At this point, you should see a popup on the screen with the ‘Undo Typing’ option. Tap on ‘Undo’ if you like to cancel the last action. In this case, the feature will remove the text you wrote in the previous action.

If you repeat the above step you will be able to remove more text.

Now that you learned how to use ‘Shake to Redo in iOS 10, you might have noticed you can easily remove more text than intended with it. In this case, you can rely on the ‘Shake to Redo’ feature and restore that text. 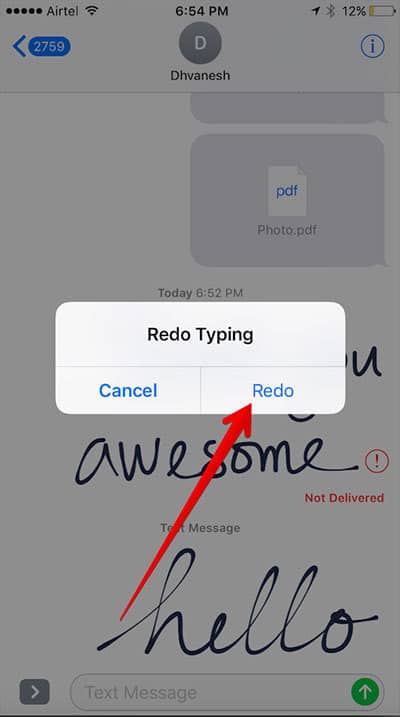 Assuming you’ve already opened an app, typed something in it and used ‘Shake to Undo’ one too many times, you can shake the device again and in this case, the ‘Redo Typing’ option will appear. Tap on ‘Redo’ and the deleted text should be restored.

Obviously, ‘Shake to Redo’ only appears after you used ‘Shake to Undo’ but it’s still nice to have both of these options.

How to disable ‘Shake to Undo’ in iOS 10

‘Shake to Undo’ seems pretty convenient but it’s not for everyone. If you don’t like this feature you can disable it to prevent triggering it by accident. Here’s how you can do it: 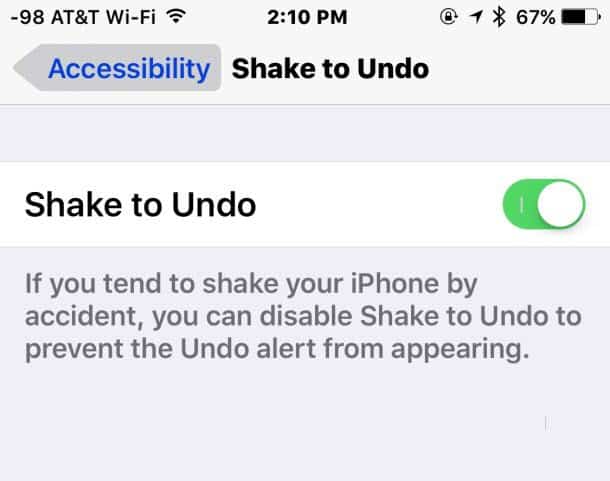 Go to Settings -> General -> Accessibility -> Shake to Undo. Just toggle the switch to disable the ‘Shake to Undo’ option. That’s it!