By default, Metro Apps open up in full screen, which is ok when you’re only using one. For multitasking it’s the power user’s nightmare, or at least one of them.

Windows 8 came with a Snap View feature that allowed you to split the screen between two apps. However, it was far from perfection since all you got was one app occupying 70% of the screen and the other one 30%.

The Snap View feature received some improvements in Windows 8.1. You can now resize the two parts of the screen and 1080p displays can have three apps on the screen at the same time.

Here is how you can easily multitask in Modern UI, using Snap View:

1. Go to the Start Screen or App View and open a Metro app.

2. Position the mouse cursor at the top of the screen. Click and hold until it turns into a hand, then keep holding and drag it to the left or right until you see the screen split in two. Release the mouse and the app will be docked in one half of the screen while the other is empty. Click on the empty side or press the Win key to return to the Start Screen. 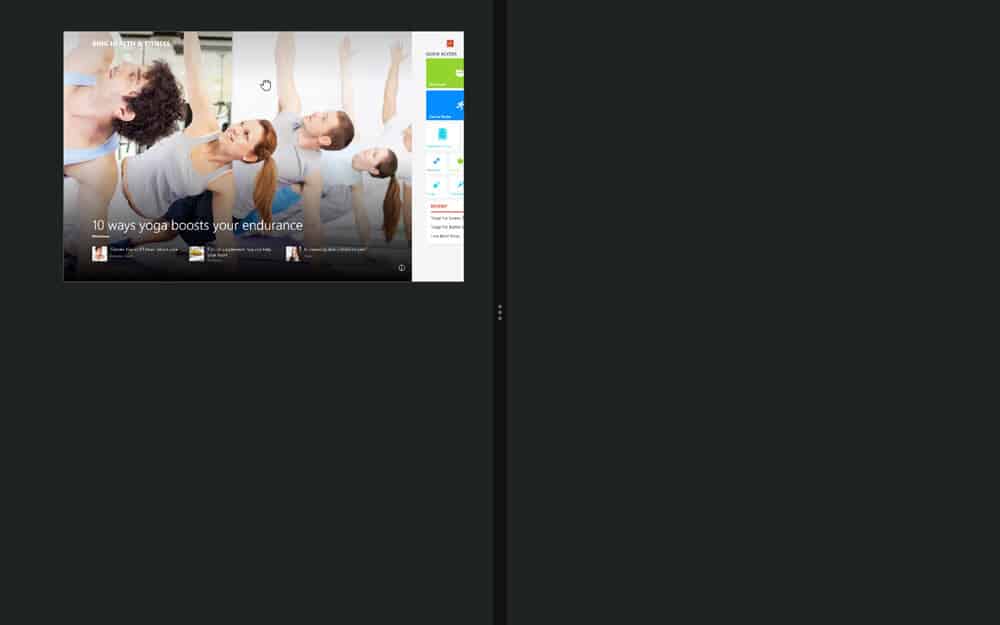 2. Open another Metro app and it will be placed in the empty half. Now you can see the two apps in split screen mode. 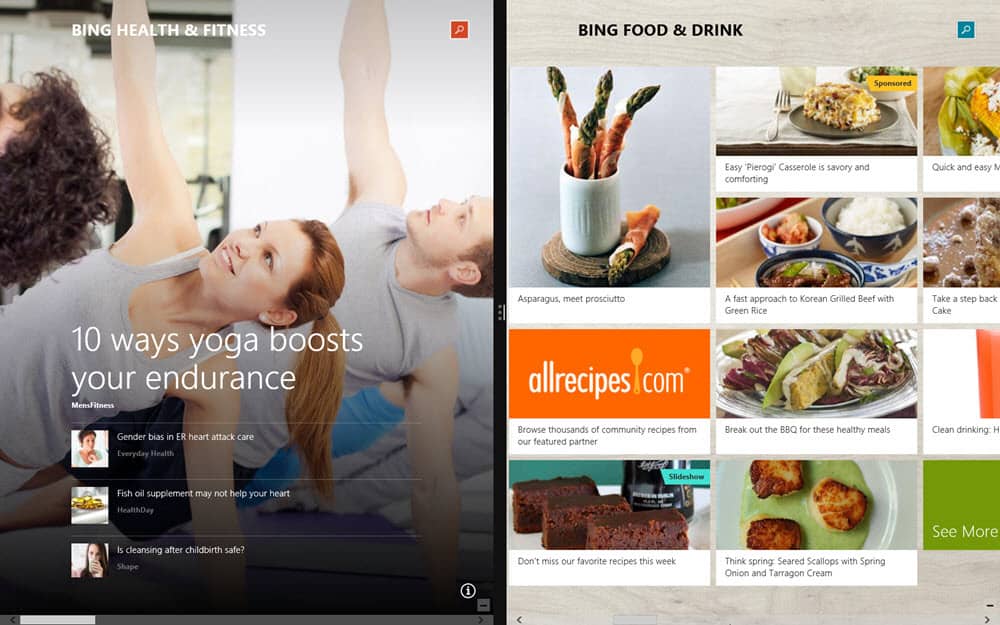 You can resize the two parts of the screen from the black vertical line that separates the apps, by clicking and dragging the mouse to the left or right, depending on which of the apps you want to see more of. 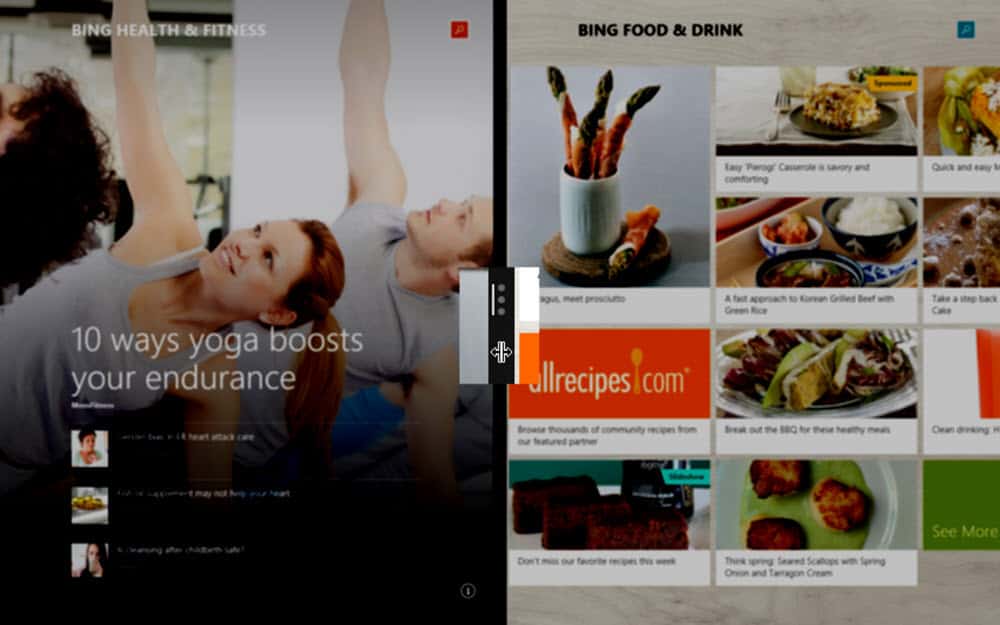 4. While you have two apps in Snap View you can return to the Start Screen to open up a third. It will appear as a thumbnail on top of the other apps. As you move your mouse, the thumbnail will tilt, indicating you can use it to replace any of the two apps you have in Snap View. 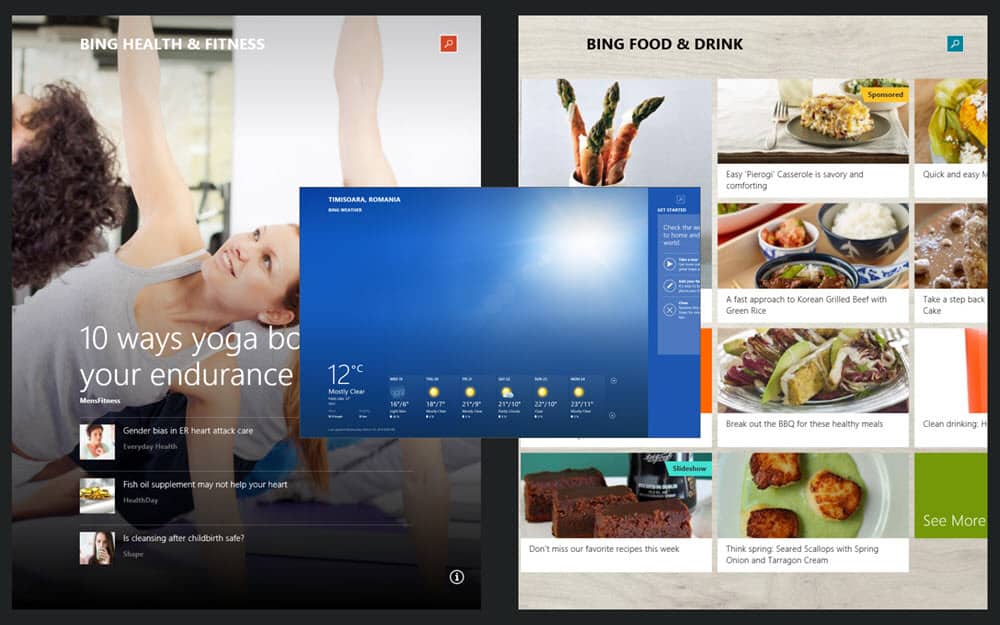 If you click & drag the app to the gap in the middle, Snap View will split your screen in three and make room for the new app. You can also add it to the left or right side of the screen.

You can reposition any of the apps shown in Snap View by placing the mouse at the top of the app you want to move, until the cursor turns into a hand and drag it in place.

This way, even if you can only see 3 apps at the same time, you can quickly shift between any of the running apps. To do this, open a bunch of apps and add 2-3 of them in Snap View.
Now swipe to the left edge and then back in (for touch-enabled devices) or place the cursor at the top-left corner of the screen and move it downwards. This will display the Running App Bar. From there, you can drag and drop any running app to replace one displayed in Snap View or you can perform the same actions from the app’s context menu. 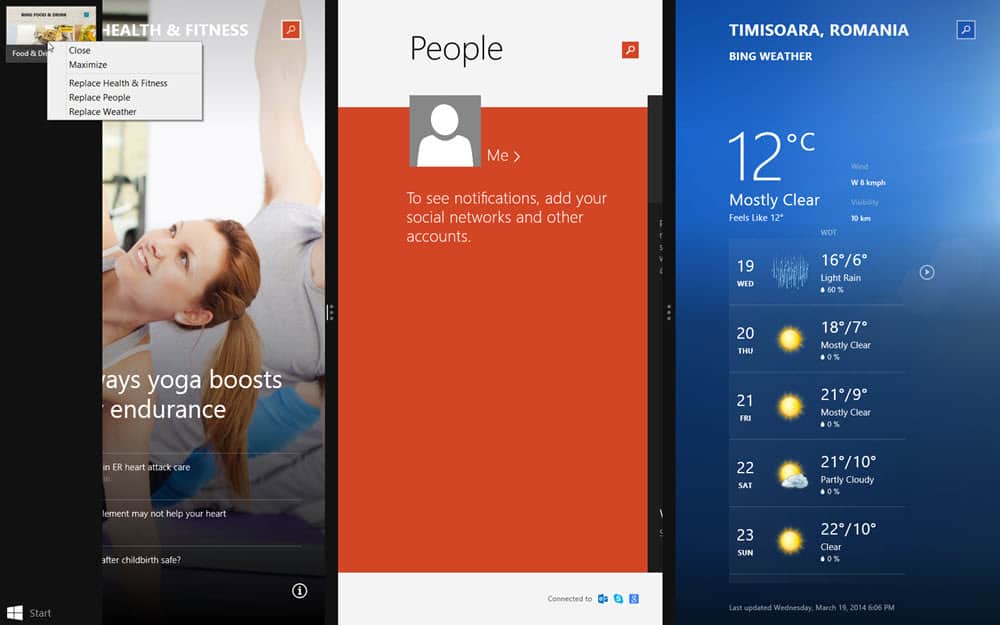