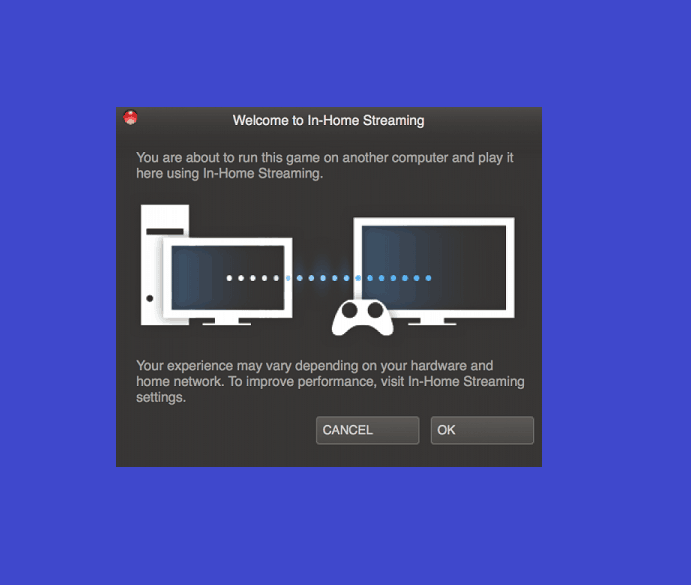 For the last couple of years, Valve has been trying to establish PC gaming in the living room with Steam Machines, SteamOS, the Steam Controller, and various features that allow users to set up their computers like consoles. One of those features is In-Home Streaming, a utility which lets you stream games from one PC to another. The feature is actually quite simple but there are certainly some things you should know about it if you are planning on using it.

Steam’s streaming feature works by sending video and audio from a powerful computer to another Windows, OS X, Linux, or SteamOS computer. The second computer, also known as the client device, plays the incoming video and audio like it would play any other type of multimedia content. The heavy processing is performed on the first PC, also known as the host. As such, you can stream demanding games to virtually any other computer, even ones with integrated graphics cards that would normally be unable to play any games.

There are some limitations to the feature, of course. First and foremost, this feature is limited to your local network connection. This improves the speed and performance but it means you cannot stream games to a computer located outside your house. Furthermore, streaming over Wi-Fi requires a really good connection, otherwise you are better off connecting the two computers via an Ethernet cable. In addition to all that, only Windows PCs can be hosts right now though Valve will probably add support for more operating systems later on.

Check out Valve’s list of known issues to get a better idea of what to expect.

There are no complex configuration options or long-winded set up processes here. To start streaming your games, you will first need to log in with the same Steam account in both the host and client computers. Remember that both computers need to be on the same network. After logging in with your account, go to the client computer, select a game from the library and you will see a “Stream” option available. Click on that and the game will be launched instantly. Steam even remembers your position in the game so you can start playing on the host computer and continue to the client seamlessly.

Valve says that streaming non-Steam games might work but it is not officially supported. You can follow our guide on adding custom games to Steam in case you want to stream a title that is not available on Valve’s platform.

As you can see, using In-Home Streaming is incredibly simple but that does not mean the feature works perfectly. Any streaming feature can run into issues, especially when you are dealing with something as demanding as modern video games. With that said, Valve does offer a few tips that can improve your experience. 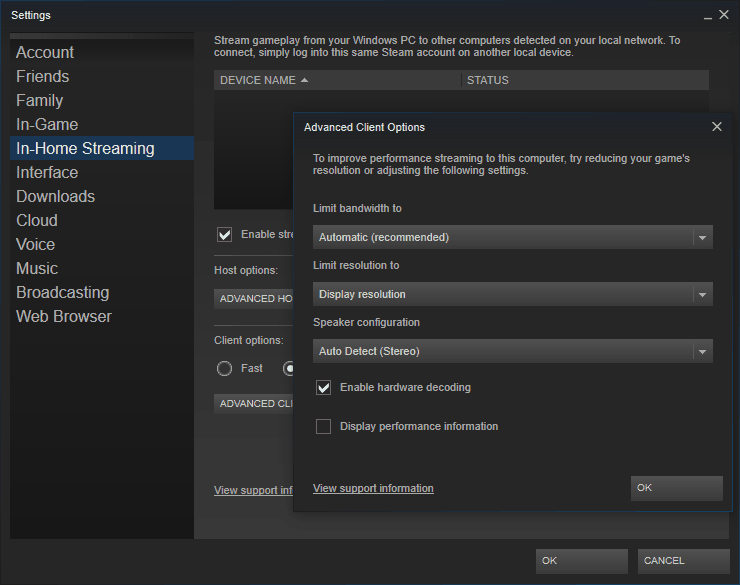