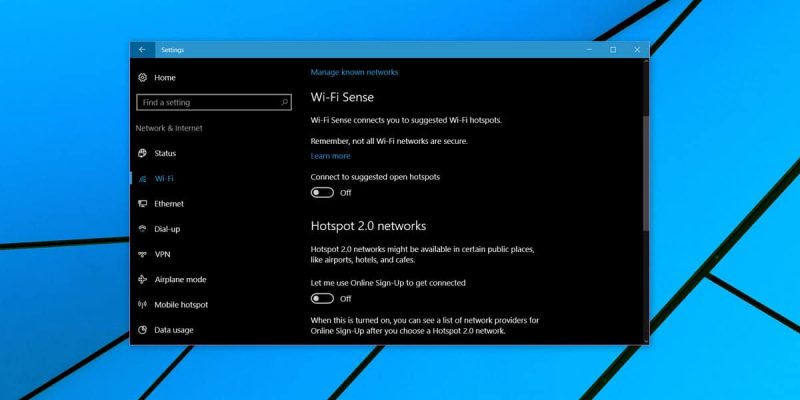 Back when Windows 10 was launched, Wi-Fi Sense quickly became controversial among users because it allowed sharing WiFi network login information between Windows 10 machines. This was seen as a security risk (although it was actually safe) so in the end, Microsoft removed it when the Anniversary Update was launched.

However, Wi-Fi Sense still exists in Windows 10 but the feature was revamped. After the Anniversary Update, you can use Wi-Fi Sense to automatically connect to public WiFi hotspots so it can still come in handy.

Below, I’ll explain how to use Wi-Fi Sense in Windows 10, which is as straightforward as it gets.

How to use Wi-Fi Sense in Windows 10

If you go to public places where free WiFi is available, Wi-Fi Sense can definitely be useful. Instead of manually searching and connecting to open hotspots, you can let Wi-Fi Sense do all the heavy lifting.

The feature relies on Microsoft’s database of worldwide open hotspots, and if you choose to enable it, you will also contribute with information.

With that said, here’s how to enable and use Wi-Fi Sense in Windows 10. 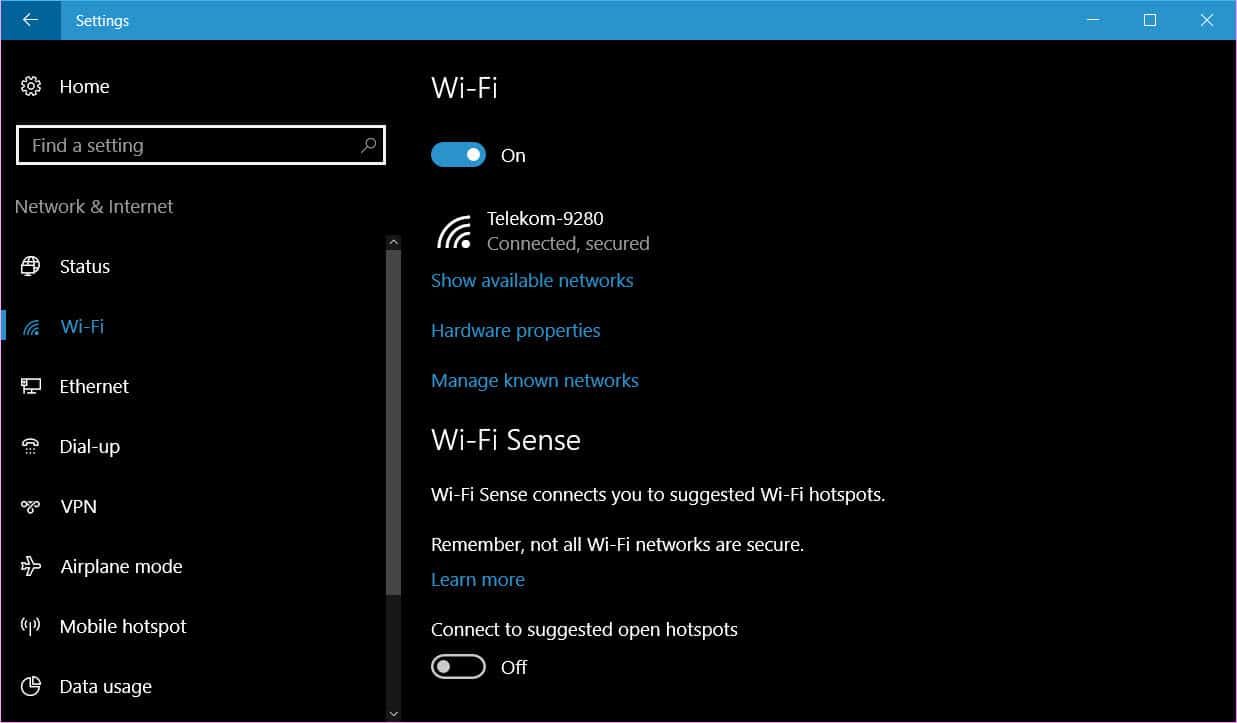 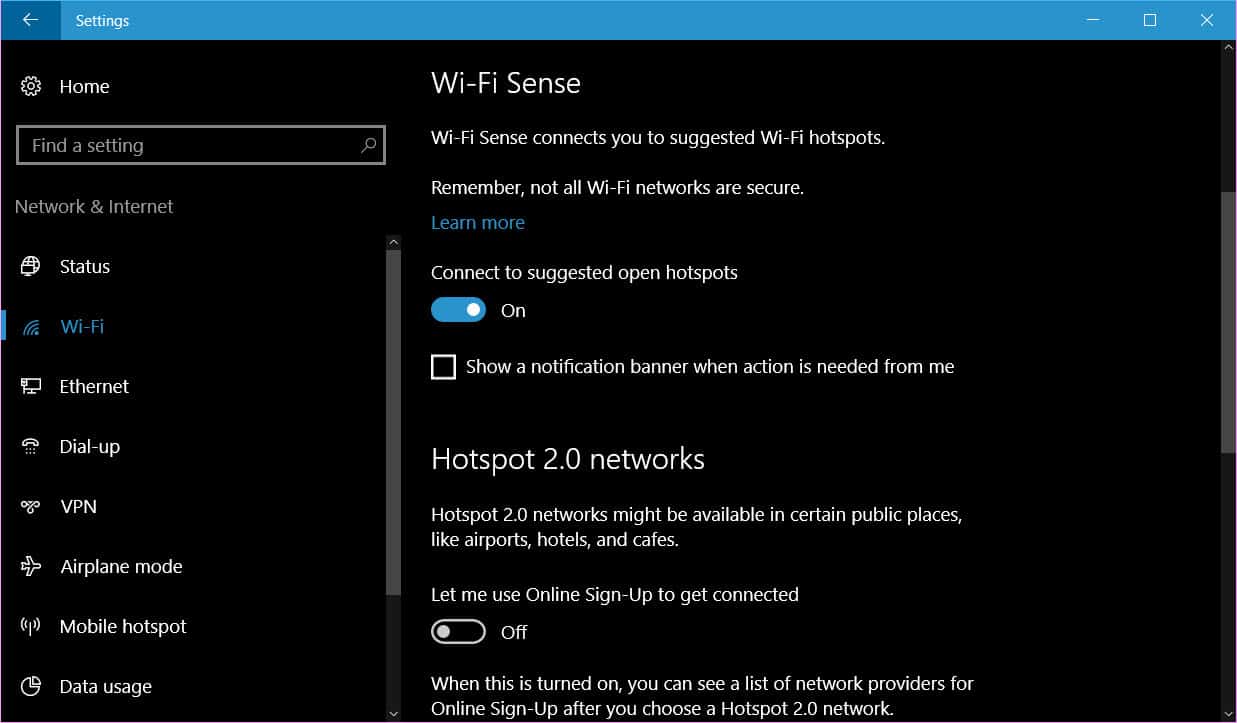 Here you will find a section called Wi-Fi Sense in the right-hand panel. Toggle on the switch right below ‘Connect to suggested open hotspots’.

You might also want to enable the ‘Show a notification banner when action is needed from me’ option if you plan to rely on Wi-Fi Sense from now on.

As you can see it’s extremely easy to use Wi-Fi Sense in Windows 10, and once you enable this feature, you will rarely (if ever) need to perform manual actions to connect to public hotspots.

Have you ever used Wi-Fi Sense on your Windows 10 laptop or tablet and how do you like this feature?