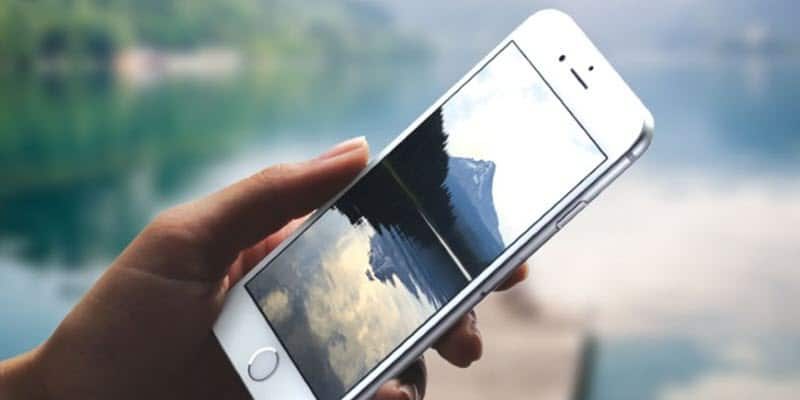 3D Touch has improved both stock and third-party iOS apps, and the default Videos app makes no exception. Since most people grab some footage at least every now and then, we’re going to share some essential 3D Touch tips for iOS Videos app that anyone can use.

Right now, only the iPhone 6s and 6s Plus support 3D Touch, but this feature will also be available in future iPhone models, so you’ll end up using it sooner or later as long as you remain loyal to the iOS ecosystem.

Nevertheless, 3D Touch provides varied capabilities that definitely improve any app supporting it. Keep reading to find out some of the best 3D Touch tips for iOS Videos app that will let you make the best of it!

The Videos app was quite functional even without 3D Touch. Any TV shows, movies and music clips you purchased from iTunes can be watched there, as well as your own clips but 3D Touch certainly makes things go smoother. 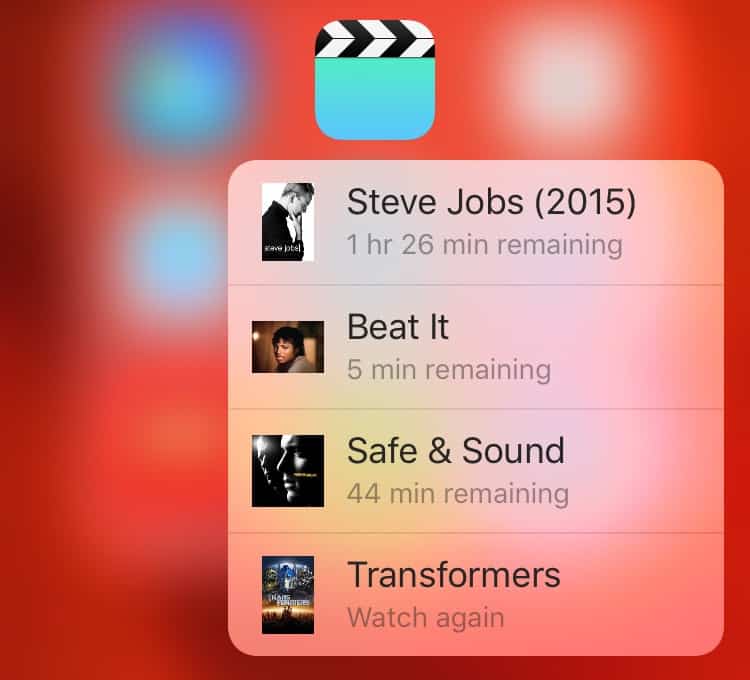 When you’re watching a video and are interrupted for whatever reason, you can resume watching it thanks to 3D Touch and you don’t even need to relaunch the app. Force touch the Video app icon on your Home screen and in the 3D Touch menu you can open any of the four most recently watched videos.

Of course, the list includes those videos you never managed to finish watching, so you can resume playback for any of the four most recent items from the quick options menu.

What’s more thanks to the ability to sync viewing history between your iOS and Apple devices, you can start watching a movie on your Apple TV and pick up where you left off on your iPhone, for example. 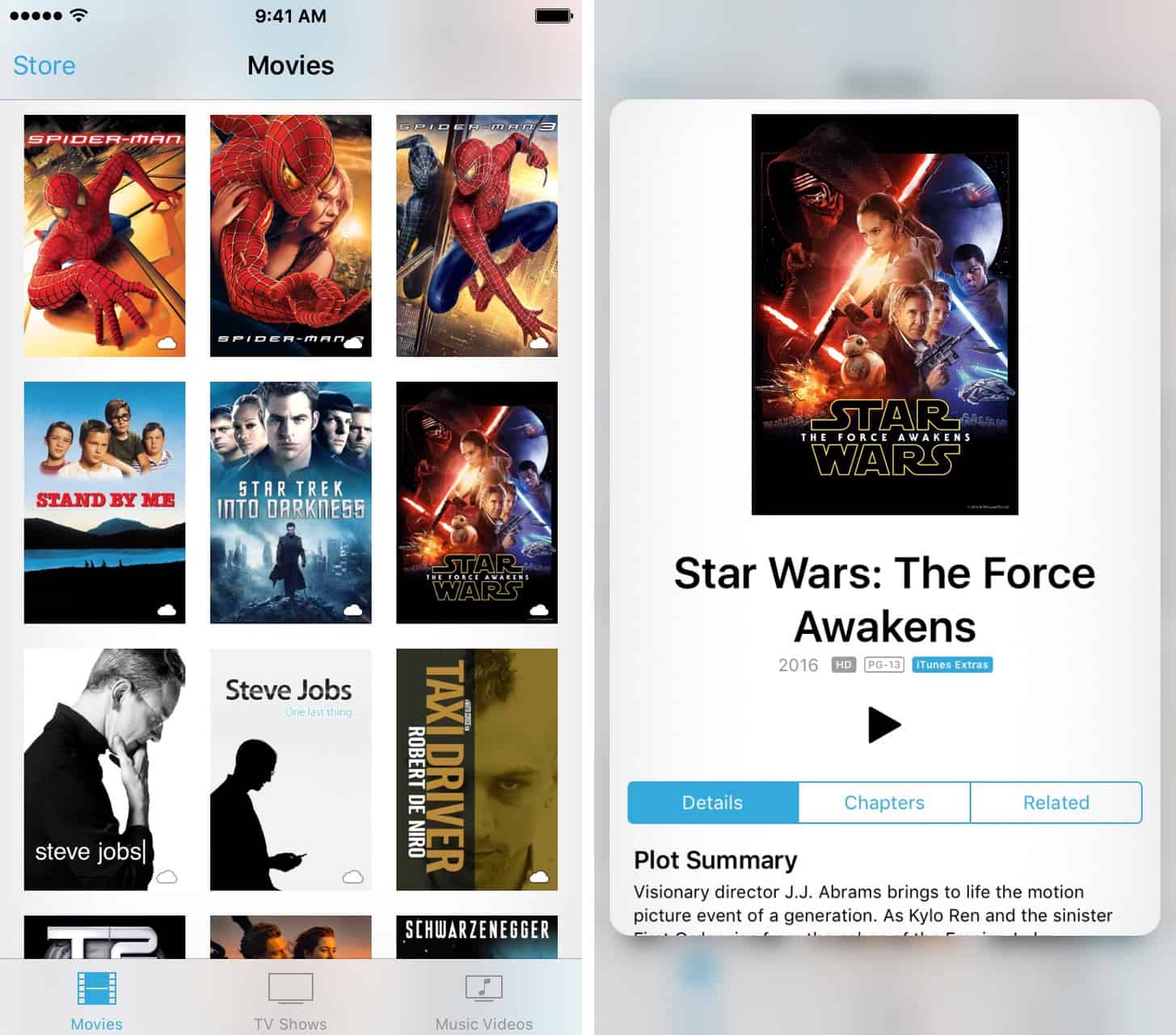 With 3D Touch, you can easily preview any movie you downloaded to your device from the Movies tab. Just lightly press any item in the movie list to preview it, and press harder if you want to pop it in full screen.

The above-mentioned tip stands for music videos as well. You can preview the music clips you have on your device and in iCloud the same way as movies. Just press on a music video lightly to see the preview and increase the pressure to open it in full screen. 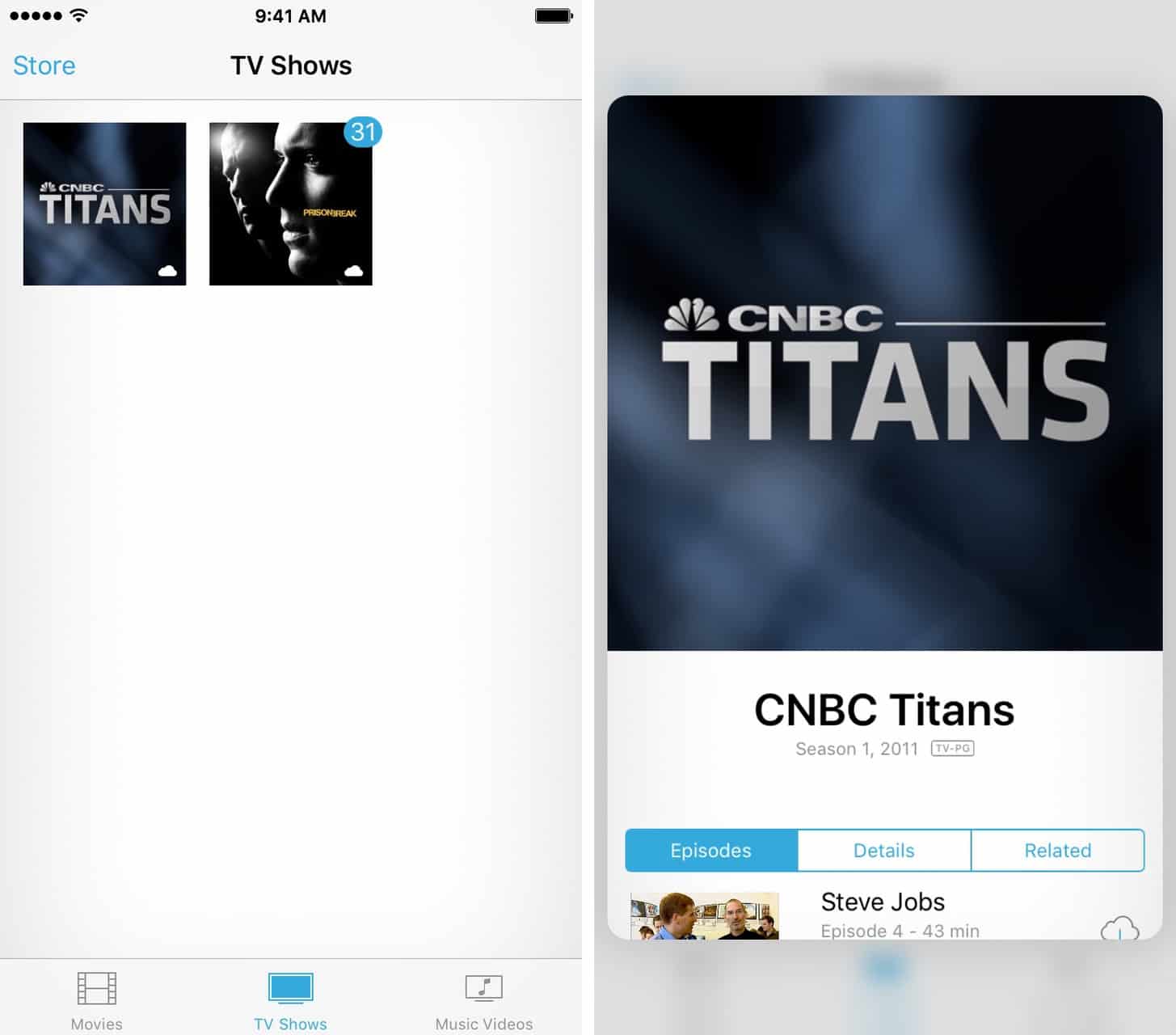 3D Touch allows you to preview TV Shows in exactly the same manner as movies and music videos, as long as you have them on your device or in the cloud. However, you can preview an entire series, but also individual episodes – just lightly press the item you want to preview and if you want to watch it in full screen, press a bit harder.

There you go! These are some of the best 3D Touch tips for iOS Videos app. Let us know which one’s your favorite and if you know other useful tricks that can help improve the experience of using the stock Videos app.