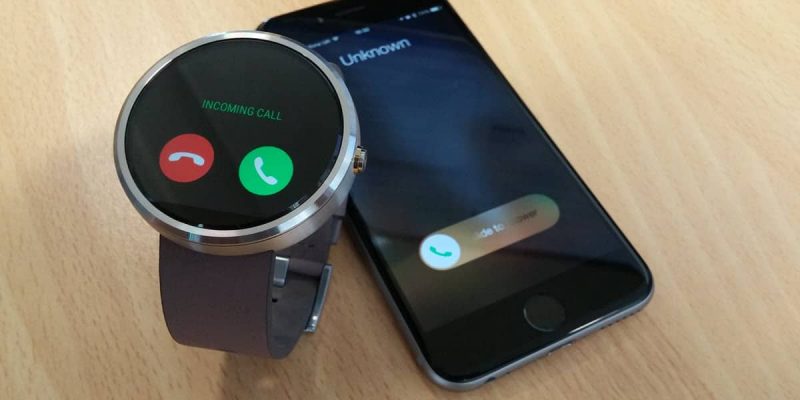 A few months back, Android Wear devices became officially compatible with iPhone, which was great news for many iOS users who didn’t want to invest in the Apple Watch. This opens up an ever-expanding list of smartwatch alternatives to Apple’s own products.

Of course, an Apple Watch does offer more features on iOS, compared to using Android Wear but if you’re the type that’s not interested in replacing your phone with a smartwatch, the latter option will be enough and provides a wider array of choices for all budgets.

There are already some great Android Wear watches that work with the iPhone with more to be released soon, in case you’re feeling tempted to invest in one. Some of them even borrowed design elements from the Apple Watch, like the Asus ZenWatch 2, and in general you get plenty of variety design-wise.

Keep reading to find out how to setup your Android Wear with the iPhone and what features are available.

You can’t just use any old iPhone with an Android Wear watch, but supported devices include all Apple phones that are not older than three years. This means, Android Wear devices can be paired with iPhone 5C, iPhone 5S, iPhone 6, 6 Plus, 6S and 6S Plus handsets (no iPads though). Also, your phone needs to run iOS 8.2 or later, but that shouldn’t be a problem if you own one of the above mentioned models.

Regarding supported wearables, you can check out our recent roundup (although it includes some iPhone compatible watches which don’t run under Android Wear) and as a rule of thumb, try to do your homework before you actually buy one, to make sure it works with your iPhone and/or has all the features you need. 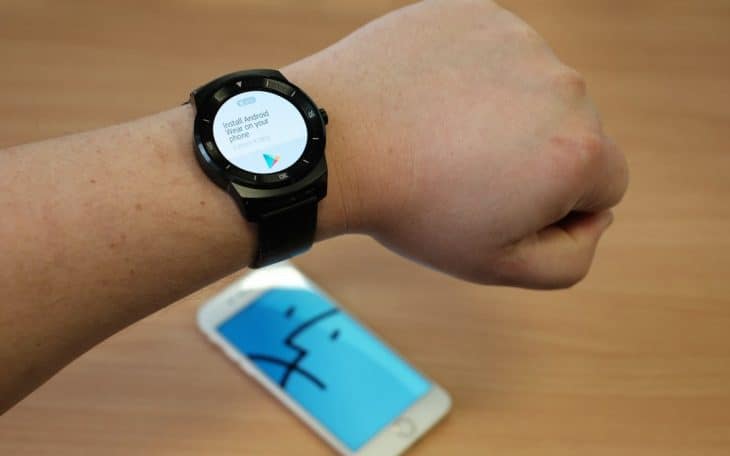 As always with this sort of things, it’s best to make sure your iPhone is running the latest version of iOS, so if that’s not the case, it’s worth waiting those extra 30 minutes needed to complete the update before setting up your Android Wear.

Speaking of, you also need the watch to have the latest firmware. To perform the update, you need to connect it to an Android device. This may be a minor setback, but surely you have a friend who can let you use their Android smartphone or tablet if none of your family members own one.

Furthermore, you should make sure both your iPhone and your watch are fully charged (you could also keep them plugged in) before syncing them. And if your Android Wear was previously paired with an Android device you’ll need to unpair it by opening the Settings app on your watch and performing a factory reset.

Assuming you went through all the necessary preparations, go ahead and install the Android Wear app on your iPhone from the link below.

Then, open the Android Wear app on your iPhone and turn on Bluetooth. After that you can select the name of your watch (same as the one shown on the watch face) and enter the confirmation code sent on your watch to confirm the pairing request.

To continue, you’ll have to connect your Google Account and turn on various services and options like location, Google Now, Bluetooth Low Energy, Google Fit, notifications and others. The whole process is straightforward as the Wear app will guide you through it step by step.

I suppose not many people are using two smartwatches at the same time, but you should know it is possible in this case. You can have multiple Android Wear watches synced with the iOS app. 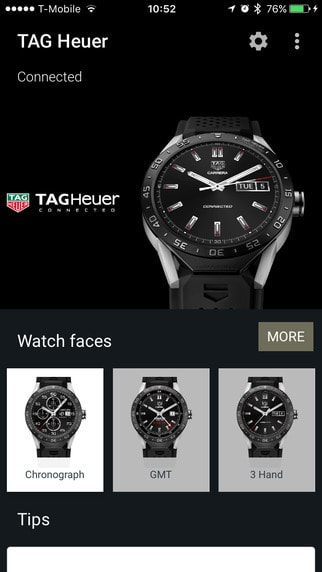 While the selection of watch faces is limited when your Wear device is being used with an iPhone, you do get to choose from the stock options available on your wrist as well as several more included in the Android Wear app.

Concerning features, I’ll try to make things easier for you and sum them up in the list below.

Notifications – Your watch will display notifications from all of your iOS apps (not just stock ones) and when you dismiss them on your wrist, the same action is taken on your phone. Interactive notifications are available only for the apps built-into your watch like weather and health, but also for several Google apps such as Gmail.

Music controls – Play Music notifications are also interactive and once you set up the service, music controls become available for Apple Music, YouTube and Spotify.

Google Now – This feature is available as well and you can customize it in the Wear app on your iPhone to get reminders, traffic reports, weather updates and anything else Google Now can do. Voice commands can be used after saying “OK Google”, and they let you bring up health information, view your daily agenda as well as set up alarms, timers and reminders among other things.

If you launch a search using “OK Google” the web results will be displayed on your wrist and tapping an item will send a notification to your phone, where you can open the link inside the Android Wear app (not in Safari or Chrome).

Fitness tracking – Activity and fitness stats are available via Google Fit, but you should know Android Wear can’t sync with your Apple Health app.

Email – On your watch, you can receive emails sent to your Gmail account if you turn on Rich Gmail cards ( in the iPhone companion app under Settings -> Email cards). The feature enables you to reply, delete and archive emails from your wrist.

Responding to your emails is also possible and you can do it by opening the card on your watch, selecting the reply option and then you can either speak your message or draw an emoji as a reply. Be aware voice replying doesn’t offer a preview so once you’re done speaking, the response is sent immediately. Choose your words carefully.

Calendar – You can set your watch to sync with Google’s or Apple’s calendar from the iPhone companion app’s settings menu.

Sadly, the number of things you can’t do on an iPhone-paired Android Wear watch is pretty extensive, at least for now. You can’t download third-party Android Wear apps for your watch so there’s no replacement for the plethora of Apple Watch apps and games you could be accessing on the iOS wearable and the number of available watch faces is very limited.

While some “OK Google” functions are supported, many others aren’t. For example, you can’t set up the “Call me a cab” command, or send SMS or Hangouts messages. Also, there’s no support for offline music storage and playback and you won’t be able to connect your watch to a Wi-Fi network.

Even with all the drawbacks, an Android Wear watch can still be a decent companion to your iPhone if you don’t plan on spend too much time looking at that tiny screen. Lastly, some iPhone users might be looking for a budget friendly smartwatch, something which the Apple Watch is not, but plenty of Android Wear gadgets are, with more to be released soon.

Are you using an Android Wear watch with your iPhone (or plan to buy one soon)? What’s your take on the available features – is there a specific function that’s not available yet and you can’t live without? Let us know in the comments section below or drop us a line on Google+, Facebook and Twitter.