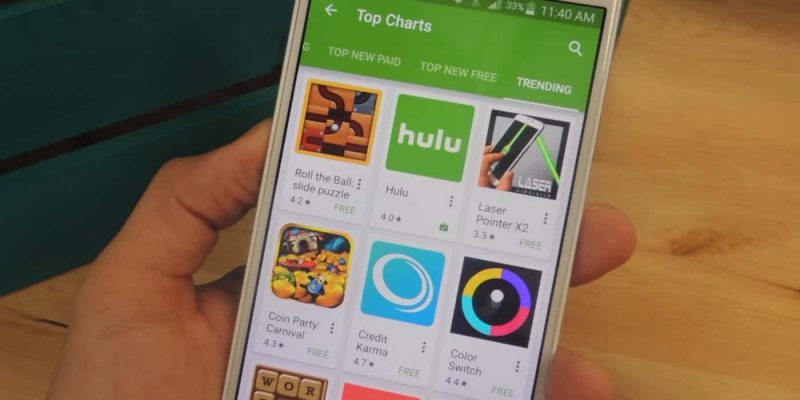 While Google Play Store has plenty of categories in which apps and games are sorted, it’s not free of annoyances. Tons of useful apps are practically buried by the search algorithm under already popular titles published by top developers, making it very difficult for smaller devs to get visibility. And if that wasn’t enough, the Play Store top charts show a mix of apps and games with the percentage of the latter being way to high if all you want is to find the best apps.

Even if you do enjoy playing games on your smartphone, searching for apps is not the same thing and frankly the two categories shouldn’t be merged. It’s not possible to filter out games from the top charts, at least there’s no Play Store feature that lets you do that, but there is an app that can fix the problem.

It’s called Apps – Play Store Link and it does one simple thing: it launches the Play Store app on an “Apps Only” page you couldn’t access otherwise. You can view the URL of that web page in your web browser to understand what I’m referring to: https://play.google.com/store/apps/category/APPLICATION

To begin with download and install the app (Play Store link), then launch it. It will open a modified Play Store which shows only apps in the Top Charts section.

Note: In some case you might need to open the Play Store via a “Complete action using” dialog.

If you want to return to the regular Play Store which includes games in the Top Charts, all you have to do is tap the back arrow located in the top-left corner of the screen and relaunch the Play Store app from its own shortcut. Alternatively you can close the Play Store from the app switcher and then open it again.

It makes sense an app that shows only games in the Top Charts could be useful as well – in fact people have been asking for that in the feedback section of Apps – Play Store Link. Hopefully developer Jeffrey Sera will decide to make such an app as well. Who knows when or if Google will ever consider to offer separate top charts for apps and games?