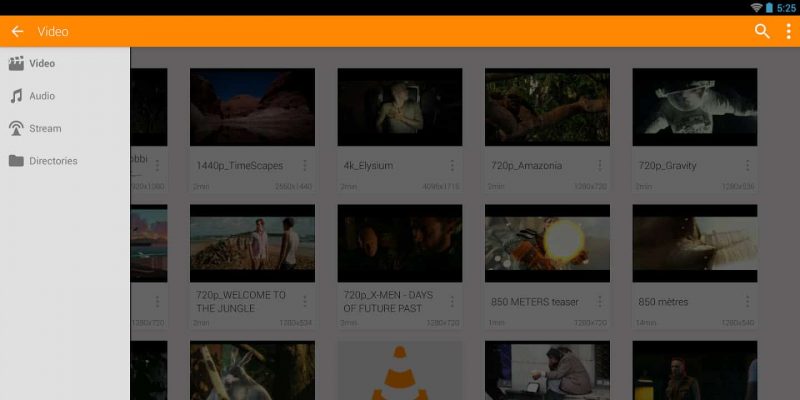 Today marks a new era for the popular VideoLAN media player as all of its apps for both desktop and mobile ecosystems have been updated. VLC for iOS is now back in the App Store as the established title became unavailable when iOS 8 was released, until today that is.

The latest update now supports the iPhone 6 and 6 Plus, and includes a number of new features like external subtitle detection, Google Drive streaming support, built-in media library search as well as several UI and stability improvements and of course, bug fixes.

The Android app has finally exited the beta stage with this update that brought a revamped interface aligned with Google’s Material Design guidelines, the API ported to Android 5.0, pull to refresh support, the option to show videos as list in portrait, gamepad controller support for navigation and more than 60 bug fixes.

There’s no Chromecast support yet but some changes in the VLC source code for the upcoming version 3.0 indicate this functionality is present.  For now, Android users will have to settle for Android TV support, offering the ability to perform audio searches and a built-in connector which allows the VLC app detect an Android TV device that completed the booting process and send recommendations to its launcher screen. According to VLC, version 3.0 is planned for release ‘later this year’.

The apps for Windows 8.1 and Windows Phone have also been updated and according to the developer, VLC has finally become an universal Windows app with support for Windows 10.

On his blog, VideoLAN developer Thomas Nigro says the VLC team has temporarily ceased to deliver updates for the Windows Phone version of VLC, as they were working to make it a universal app.

The latest desktop VLC version for Windows comes with support for playlist creation and editing, three video categories, display of upcoming shows for artists and social sharing. The AppBar and the Music player are nor merged in VLC for Windows Phone, but there are no new features or significant improvements for Microsoft’s mobile platform yet. Nevertheless, the VLC team is planning to release weekly updates for the Windows Universal VLC app, which will affect both Windows and Windows Phone platforms.