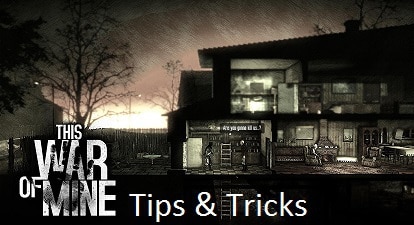 This War of Mine, the game that aims to realistically portrait the brutality of war, is now available on mobile phones too due to high demand from the player base as the mobile version of the title was only available for tablets. The theme of hopelessness and despair is rooted inside every aspect of the game, including its difficulty. This War of Mine is a punishing affair so I would like to share a few basic things about the way things work inside the game’s version of the Siege of Sarajevo in order to make things just a bit easier for everyone.

You should also read Dan’s review for an in-depth look into the game!

When people say that This War of Mine is a hard game, they are not kidding around. This is a title about regular people trying to survive in the midst of a war which affects pretty much everything they have to do in order to survive. When you think of it this way, you will not feel so bad when your first few attempts end in everyone dying. In fact, I feel confident saying that this is part of the game’s allure, a reminder that surviving takes skills, knowledge and a fair amount of luck. Though nothing can help you with that last part, you will acquire the other two in time. Just try to have fun and forget about “completing” the game for the first few tries. 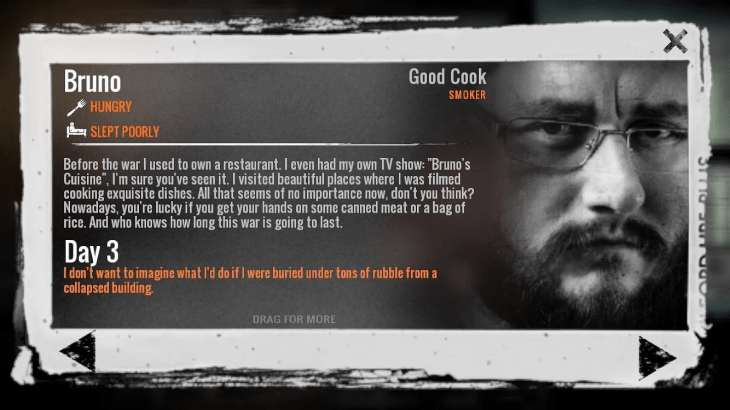 Survivors are the characters that you control in the game and all of them have their own background, traits, morale codes, skills and needs that you have to attend to. For instance, Bruno has the “Good Cook” trait which allows him to use less items when cooking and making alcohol. This is incredibly useful, especially in your early times with the game. Of course, nothing is free in this world so Bruno is not exactly great at other activities, not to mention that he is a smoker which means you will have to keep cigarettes for his own use instead of trading them. Do note that while knowing what each survivor is good at will help you with in-game tasks, learning about their personalities and their stories is a huge part of the game and a very entertaining way to pass the time though it will definitely get depressing at times. 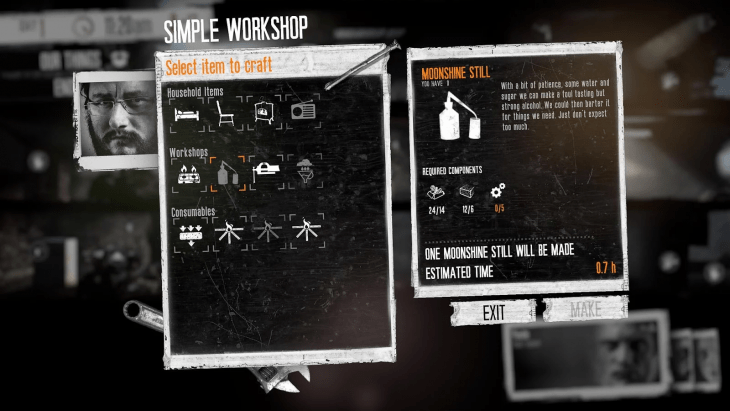 During the first days of gameplay, building the correct items will give you a huge boost: 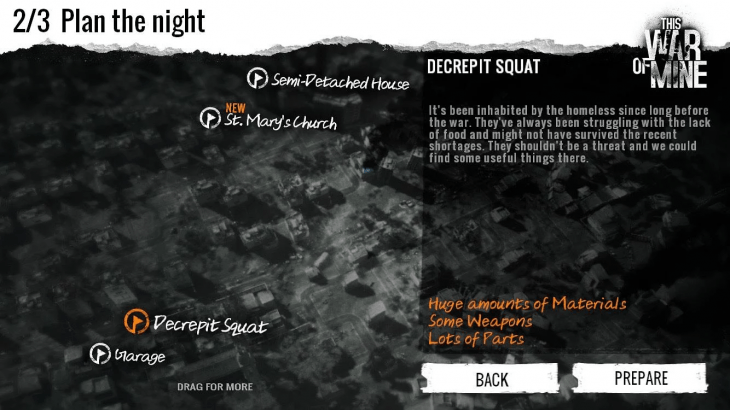 Being smart while scavenging means the difference between life and death, both when it comes to managing your resources and surviving hostile situations.

While you are out scavenging, your home can get raided by hostiles. This means that most items you have in your shelter can get stolen, aside from a few exceptions like cooked meals.

Keep up morale and manage the needs of your survivors

Just because you are at war it does not mean your survivors should spend every day in misery. When the characters get sad or even depressed, their mood has a negative impact on virtually everything they do so keeping them neutral (and later content) is vital.

Most of the early time you spend with This War of Mine will be all about learning how things work, which survivors are best suited to your way of playing and everything else you need to know in order stop dying so fast. Once you feel comfortable with the in-game mechanics, aiming for long-term survival and the actual completion of the game is the next logical step.

I think that we have already covered most of the important information but there are some still some general tips that you should heed as they will help you throughout the game.

This is pretty much it as I believe we have covered most of the areas necessary for survival. There are plenty of other things you will learn in time, including details about the survivors, the areas you can scavenge, the people you meet and more. If you have any questions, comments or concerns, drop a comment down below or visit the forum for more in-depth discussions!