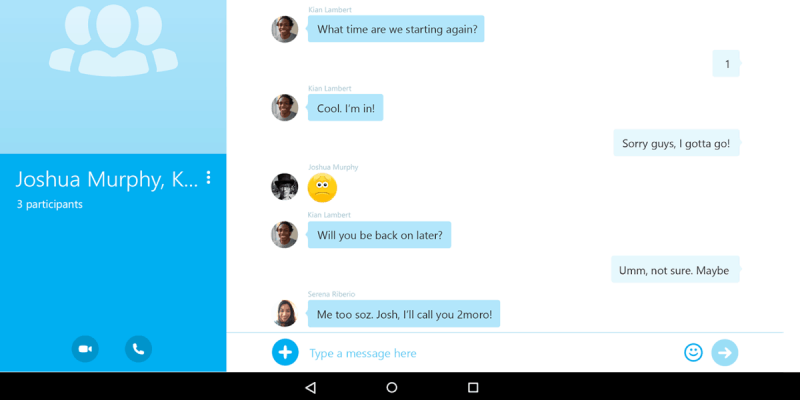 Skype users came across a rather annoying bug that causes the app to instantly crash when a certain 8-character string is received. The culprit is “http://” (without quotes) and it can make the IM service crash repeatedly, since it remains stored in the chat history. Because of that, the Skype app crashes again and again, each time you sign in.

The bug can crash Skype apps for Windows, Android and iOS, while the Skype for Mac modern apps for Windows (Metro) and Windows Phone remain unaffected. The chat is pretty intense in the Skype community forums where users are trying to come up with possible fixes and explanations.

One of the users says you can’t get rid of the bug by clearing chat history because Skype will download it again from its servers which only make the app crash again. Venturebeat performed an interesting experiment testing the bug. When the string was sent from Skype for Windows to Skype for Mach, only the Windows client crashed. However, they were able to re-launch Skype for Windows.

Even so, the bug does not occur when the string is sent from Skype apps for Android and iOS, only when it is received on these platforms. Even if you sign in on the mobile apps with an account that already has the strings in the chat history, the bug fails to appear.

Another Skype community member found a workaround for the bug. Apparently if the sender deletes the message containing the string you can then install an older Skype version and make it usable again. While far from ideal, this solution works on Windows, but not on Android and iOS, because their app stores only let you install the latest version of Skype.

VentureBeat’s asked Skype to confirm the bug’s existence which they did:

“We are aware of the problem and are working to provide a resolution.”

If Microsoft doesn’t come up quickly with a fix, there’s a strong chance they’ll at least offer a temporary workaround for those who are already experiencing it, and perhaps alert the others of the problem so they can prevent it. We’ll get back with more news on the matter as soon as they appear.