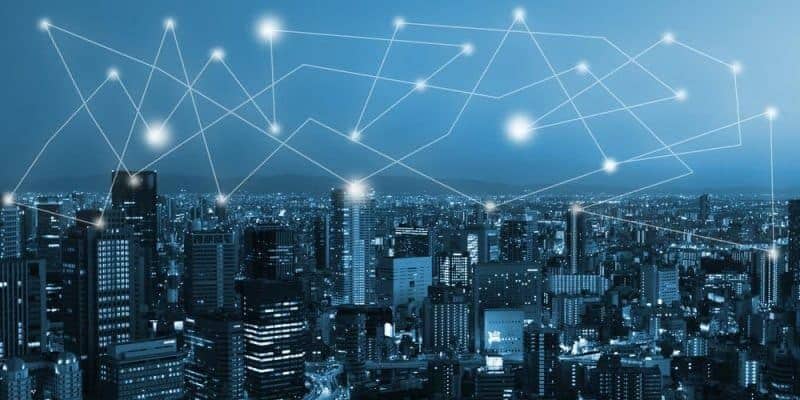 Over the past few years cryptocurrency has really taken off, and you might have heard that word more times than you can count. But what is cryptocurrency?

If you’re reading this, you probably want more than a dictionary-like definition even though it makes for a good start.

What is a cryptocurrency?

A cryptocurrency is a digital (virtual) currency that works as a medium of exchange. Cryptography is used to control the creation of new units as well as to secure and verify transactions. You can also think of cryptocurrencies as limited entries in a database, which cannot be altered unless certain conditions are met.

Any payment network needs to solve a critical problem called double-spending. This is a fraudulent method of spending the same amount twice. The classic fix is to use a central server (from a trusted third-party) to store the records of transactions and balances. Nevertheless, this method will always involve a controlling authority, one that holds our funds and private details.

Bitcoin uses a decentralized network, one in which all participants must perform some tasks. The network is powered by the blockchain, a public ledger keeping all the transactions that have been performed, accessible to everyone. As a result, all participants in the network can view the account balance of everyone else.

Each transaction is a file containing the public keys of the sender and the recipient, as well as the amount of currency transferred. Furthermore, the sender needs to sign the transaction using their private key. Once it is complete, the transaction will be broadcasted over the network, although confirmation is needed first.

Transactions within a cryptocurrency network can only be confirmed by miners who need to solve a cryptographic puzzle. Once the transactions are verified, they are spread across the network until all nodes add it to their databases. When a transaction is confirmed its data is permanently stored in the blockchain and cannot be tampered with. Also, the miner receives a reward and the transaction fees.

All cryptocurrency networks rely on the absolute consensus of all the participants for the validation of transactions and balances. In theory, if the network’s nodes disagree even on just one balance the system would break. Still, there is a complex set of pre-built rules programmed into the network to make sure this won’t happen.

Now that you know cryptocurrencies are using a consensus-keeping process secured with robust cryptography, it will probably make more sense why they are made from the two words ‘crypto’ and ‘currency’.

A short history of cryptocurrencies

During the 90’s there have been quite a few struggles to create a digital currency among which companies like Beenz, DigiCash, and Flooz. In the end, they all failed, regardless of the different causes.

Interestingly, they were all using a Trusted Third Party approach, in other words the owning companies were verifying and performing the transactions. Because these companies failed, most have given up on the concept of a digital cash system for a long time.

Back in 2009 an anonymous individual or a group of programmers launched Bitcoin under the alias of Satoshi Nakamoto.

Bitcoin was described as a “peer-to-peer electronic cash system”. The cryptocurrency is fully decentralized and this means there is no central controlling authority or other third-parties involved.

Everyone has heard of Bitcoin because this was the first cryptocurrency that led the way for all the others. The cryptoverse is rapidly expanding with new cryptocurrencies appearing almost every day. Here are some of the most popular ones besides Bitcoin.

While Bitcoin’s blockchain is focused on performing and validating transactions, Ethereum‘s network allows developers to create distributed apps and other technologies.

Ripple doesn’t use a blockchain to reach a network-wide consensus for transactions. Instead, it relies on an iterative consensus process that’s much faster than Bitcoin’s but it’s also centralized.

On top of that, Ripple owns 62% of all existing XRP tokens which goes even further away from the concept of decentralization.

Bitcoin Cash is a Bitcoin fork that increased the size of mining blocks from 1 MB to 8 MB allowing more transactions to be processed with each block.

Litecoin is also a Bitcoin fork that appeared in 2011. The Scrypt algorithm it’s using was supposed to make the network ASIC-resistant (ASICs are specialized mining hardware used by investors in large pools that threaten the concept of decentralization) but in the end, it became mineable with ASIC hardware just like Bitcoin.

However, it’s worth mentioning Litecoin can generate a new block 4 times faster than Bitcoin and the total limit of coins is also 4 times higher at 84 million.

NEO is a network based on smart contracts that allows for the development of third-party distributed apps and various types of financial contracts. This might seem quite similar to Ethereum, and truthfully it is with one notable difference. Ethereum allows developers to create dapps in its own proprietary language called Solidity while NEO supports dapps development in already popular programming languages such as Java, C++, Python, VB.Net and others expanding the pool of developers having the required set of skills.

Monero is an open-source private cryptocurrency that relies on a distributed peer-to-peer consensus network to cryptographically secure each transaction.

Ethereum Classic is Ethereum’s original version. The split occurred after the DAO, a decentralized autonomous organization was hacked due to an exploit found in the original code.

What can you do with cryptocurrency? 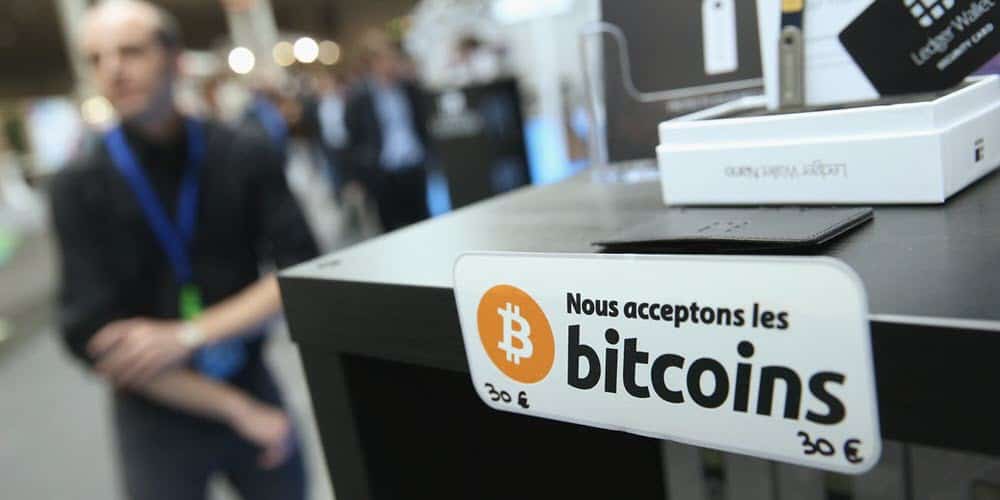 Perhaps a few years ago it wasn’t easy to find businesses accepting crypto payments for goods and services but the situation is radically different these days.

There are quite a few large online retailers but also small local establishments who now accept Bitcoins and even other cryptocurrencies as payment.

While altcoins like Ethereum, Litecoin, and Ripple don’t have Bitcoin’s traction yet things are about to change in this department as well. Apple has recently authorized several cryptocurrencies as viable forms of payment on the App Store. There are even gift card selling websites accepting cryptocurrencies as well as marketplaces such as OpenBazaar and Bitify that only accept cryptocurrencies.

While investing in crypto is one of the hottest current trends it is a high-risk endeavor. Sure, some people have become rich through crypto investments but they’re certainly not a majority.

If you decide to invest in cryptocurrencies, Bitcoin is the easiest way to start as it’s still the dominant coin on the market. You can buy Bitcoin in several ways (including from Bitcoin ATMs), and major crypto exchanges are adding support for new altcoins on a regular basis so our options are steadily expanding.

However, keep in mind that for any cryptocurrency you purchase you will need a reliable wallet to store it in. Keeping your coins in an exchange’s wallet is not the safest option as most of them are vulnerable to attacks and don’t provide full control over the wallet’s private keys. If you’re interested in Bitcoin wallets, please read our dedicated guide.

Once you invest in one or more crypto assets, it’s a good idea to regularly monitor their market value and any related news. Coinmarketcap is a great online service that allows you to track the price, volume, market cap, and circulation supply for the majority of cryptocurrencies.

Mining crypto might seem safer than trading but it is also an investment.

To mine cryptocurrencies, you will need to contribute your computing power to solve the complex cryptographic puzzles required to confirm transactions and record them in the public distributed ledger known as the blockchain.

It’s also worth mentioning the difficulty of the puzzles is increasing proportionally to the number of miners trying to solve it. This way, the more popular a certain digital coin becomes, the more people will mine it and the process will increase in difficulty.

For this reason, Bitcoin mining was very profitable in its infancy, even with one computer or laptop. Now, Bitcoin mining is only profitable if you have the necessary budget to invest in dedicated mining hardware and of course, pay the huge electricity bills from the mining process itself.

The more computing power you have, the higher the chances of solving cryptographic puzzles. The miner who solves the puzzle receives a reward and the transaction fee.

As I already mentioned mining becomes more difficult and the reward decreases as more people start to mine a certain cryptocurrency.

When it was first created, Bitcoin’s reward for successful mining was 50 BTC and now it’s only 12.5 BTC. Part of the reason the rewards are decreasing is because Bitcoin was designed to have a maximum of 21 million coins in circulations, and approximately 17 millions have already been mined. While rewards will gradually lower, Bitcoin’s value also increases.

It’s safe to say mining cryptocurrencies brings the highest rewards to early adopters. Mining profits may also vary depending on where you live as they can be subject to local taxes and regulations. If you’re interested in the best Bitcoin mining software please read our dedicated guide.

Accepting cryptocurrencies as payment (for business)

Businesses can potentially earn new customers by accepting cryptocurrencies as a form of payment. Since the interest for cryptocurrencies is on the rise and more and more crypto ATMs are being built all over the world, allowing customers to pay with crypto might be an excellent idea. For example, Coin ATM Radar shows there are over 3900 Crypto ATMs across 76 countries.

There are numerous services that allow businesses to accept cryptocurrency payments such as CoinPayments, CoinGate, Cryptonator, and BitPay.

In the US, businesses that accept cryptocurrency payments need to record a reference of sales, date of the transaction, and amount received in a certain currency, for tax purposes.

The legal status of cryptocurrencies

With the increased adoption of cryptocurrencies, tax authorities and legal regulators in countries all over the world are trying to define the concept of crypto assets and find them a place in current legal frameworks and regulations.

Bitcoin introduced the concept of decentralized, self-sustained digital currencies who are not controlled by a singular entity. Obviously, regulators are not happy about it but the increased adoption is forcing them not only to accept crypto but also to create the proper legal framework for them and to prevent their use by traders of illegal goods and services as well as in money laundering and tax evasion schemes.

How to buy and store cryptocurrencies

Cryptocurrencies are digital, which means storing them is completely different than fiat currencies. There are different types of wallets you can use to store crypto but the most important thing is to keep the private key secure since that’s what you use to sign for transactions and access to your wallet.

Wallets are an entirely different topic, and a complex one, so if you’re interested in learning more about wallets, as well as the best exchanges for buying and trading crypto check out some of our resources:

How To Create A Paper Wallet

When it comes to buying cryptocurrency you’ve got various options. If you’re interested in buying Bitcoins you can do it directly from Bitcoin ATMs (if you have any nearby), from investment trusts, using gift cards and from cryptocurrency exchanges. You can even buy Bitcoin with PayPal even though it’s not the most straightforward option.

Other cryptocurrencies may not have so many purchasing options but the established ones can be easily bought from exchanges using fiat currencies or Bitcoin.