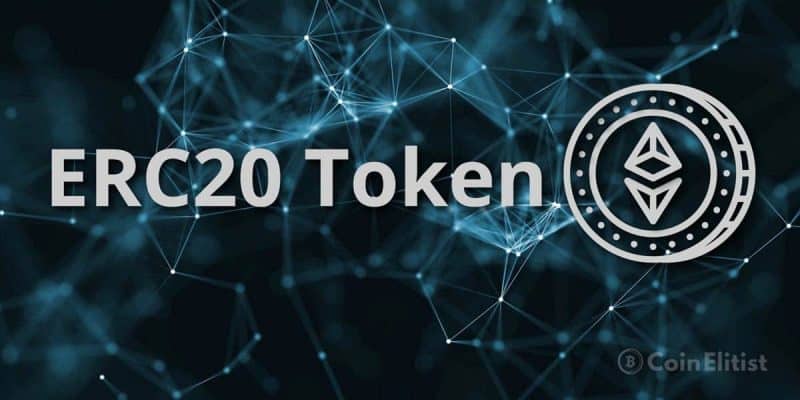 During the last year, ICOs have thrived and for this reason, you probably heard the term ‘ERC20’ a lot. Numerous ICOs have successfully crowdfunded millions and even hundreds of million dollars by offering ERC20 tokens in exchange for BTC or ETH.

The problem is, not all of their tokens had value and it’s safe to say plenty of investors have made erroneous decisions in this department.

As a result, if you were wondering what is an ERC20 token, we’ll discuss that in detail. Knowing how they work can help you better understand if the ICOs offering them are worth investing in or not.

ERC20 is an abbreviation for Ethereum Request For Comments. The number 20 is simply a unique ID number that sets this standard apart from the others.

ERC20 is a protocol that defines specific rules and standards required to issue tokens on the Ethereum network.

For a token to be ERC20 compliant it must include a certain set of functions in its smart contract.

You can see all the functions in detail here.

ERC20 tokens are crypto assets that can be traded just like any other cryptocurrency like Bitcoin, Litecoin, or Ethereum. However, unlike a regular cryptocurrency, they don’t have they own blockchain. These tokens use Ethereum’s blockchain and the truth is they do provide some benefits.

Because ERC20 tokens use Ethereum’s blockchain, all transactions in which they are involved requires some ETH as GAS.

In other words, sending ERC20 tokens also comes with a transaction fee, which is paid in Ether and that’s why you need to have some ETH on the address you want to use for sending the tokens.

Before the ERC20 standard existed, Dapps and crypto startups were using their own standards to launch tokens on Ethereum’s network.

The launch of the ERC20 standard has streamlined token development and ensured the uniformity of technologies and protocols. It also simplified token implementation and also lowered the risk of breaking contracts. On top of that, the liquidity of ERC20 tokens has been improved.

With a single standard, it is easier for tokens to be listed on exchanges. Development is also streamlined as it eliminated the need to build everything from scratch.

Since their core technologies and standards are the same, ERC20 tokens can also be exchanged on decentralized exchanges via smart contracts without third parties involved. Implementing a DEX of tokens using various standards and rules would be infinitely more difficult to accomplish.

At the moment, Ethereum’s blockchain has over 20,000 ERC20 tokens contracts running. Without a standard like ERC20 many issues can occur, some of them impossible to anticipate.

If you’re interested in investing in ERC20 tokens, you will also need a good ERC20 token wallet. Check our detailed guide with the best ERC20 tokens wallets to find the one that works for you!

While the ERC20 token standard makes it much easier to create crypto-assets running on Ethereum’s blockchain keep in mind it can be used by both ingenious developers and scammers hoping they could use these tokens to raise small fortunes in ICOs.

They might be useful as utility tokens but ERC20 tokens are not actual currencies so you’ll never be able to use them for purchases like you can with BTC or LTC, for example. This makes it complicated to asses their value, especially at launch.

All in all, we recommend you carefully choose the ICOs you participate in as some of them have been complete scams.