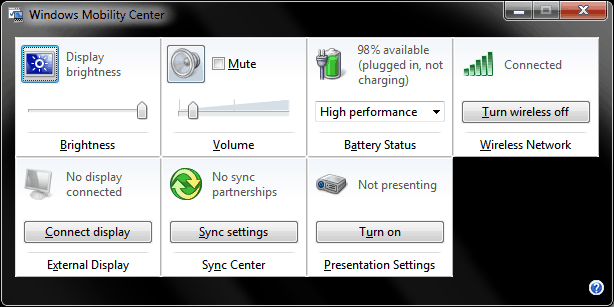 Need a ride? Bang your gong, monks are on their way! Clickhole did this hilariously ironic ‘ad’ for Whisk, nailing the entire startup culture. Although, I really wish they did one for Secret, which deserves to be mocked a lot more than any other startup. Big promises, evident air of self-prominence and vanity paired with an unavoidable attempt to claim they’ve created something unique, and moreover, something the consumer really needs is a must-have ingredient for any app startup. While Secret is a go-to app for bullying teens and anyone who remained at that developmental stage, Whisk just might provide you an alternative way to get around New York.

If you have had your share of frustration with Uber and Lyft, check out Whisk. No, not the cooking app; the one that offers cheaper taxi rides in New York.

Whisk was created by and for New Yorkers, and aims to save the city dwellers from freezing their noses on street corners while hunting or waiting for taxis. With its help, you can order a ride and just wait for the taxi arrival confirmation to ping you on your smartphone. Besides, the way the company cooperates with taxi drivers allows it to offer yellow cab level of fares. The app launched in late 2013, and considering it hasn’t generated much user feedback, it is either that good, or that bad, but the existing feedback suggests it’s actually worth checking out. 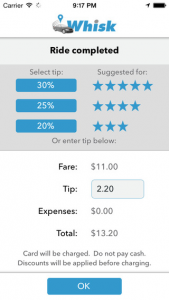 It’s pretty straightforward – you install the app, register an account using the invitation code you get when installing or via email, and finally confirm your registration via email.

You do enter your payment information since the app charges you for the rides after you’ve successfully arrived at your destination point. When subscribing, you agree to be charged for rides, cancellation or whatever damage or cleaning expenses you might have caused to the car.

The website displays a detailed map of covered neighborhoods alongside pricing and some additional features that keep piling up as the developers update the app. For example, you can report a bad driver, or push the queue button and be certain your order is on the priority list with service providers, or order a special pet ride. Companies can have individual plans with Whish for their employees’ rides, and there is a number of loyalty programs you can participate to get a discount.

The app taps into your smartphone’s GPS and sends the driver your exact location details. While you wait, you can adjust your location if it changes. The app tracks the driver en route and notifies him instantly, as well as notifies you when the driver arrives.

Whisk focuses on transparency, and the company claims their prices are close to the yellow cab prices with a 10-20% surcharge. The app also has a feature similar to the taxi meter, which lets you see the fare on your smartphone. When you arrive, you don’t have to pay in cash or go through the credit card hassle. The app will charge your credit card, sending you a receipt by email. Voilà! 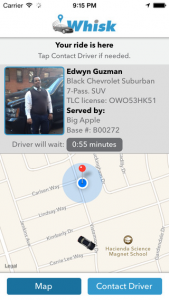 With minimum fare of $8, Whisk has a detailed table of rates for rides, zone-crossing, wait time; surcharges for stops, rides in peak time, tolls and congestion. and ride extras that you would want to take into account, such as a larger car, a ride for a passenger with a pet, and rates for out of zone rides.

The discounts are calculated automatically, and in some neighborhoods that starting fare can be as low as $6.50. If you cancel the ride within three minutes of a en route confirmation from the driver, you won’t be charged the cancellation fee, which is a minimum in-zone fare.

The tips are at your discretion, and you can set the amount through the app. Otherwise, the app charges your credit card 20% tip alongside the ride fare automatically, if you do not launch the app within 15 minutes after arrival at your destination.

According to Whisk, the company was created by and is in close cooperation with leading black car and livery businesses of New York, which positions it as a go-to service for New Yorkers. Whisk works equally well for individual and corporate rides, giving service providers benefits they could not receive otherwise, a dispatch technology that is ahead of the current one used in the industry. New York may not be the entire country, but it does comprise 40% of the country’s for-hire ride services, which is quite a large market share. If you are anywhere in its boroughs and looking for an affordable, reliable and convenient way to get around, try Whisk and let us know if it works as smooth as the monks.