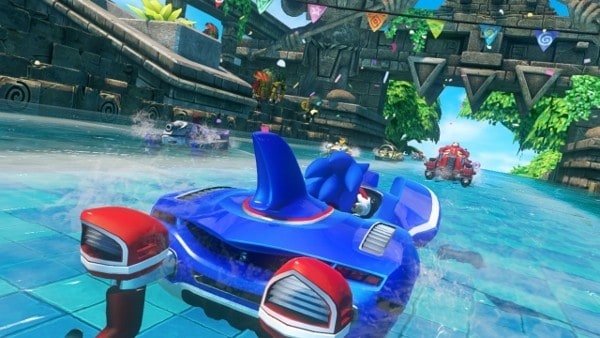 Most computer users know some basic facts about the media player app called Winamp, and a large number of them actually use it. However not all of its fans realize the vast collection of features that lies beneath this greatly appreciated program and as a consequence don’t take advantage of all the benefits present within Winamp.

Generally used as an audio player , Winamp also features support for video playback, internet radio, a large number of supported file formats, all contained in a friendly interface customizable to an extent difficult to imagine. And we’ve barely scratched the surface.

Just like almost all free programs, adware is also present within Winamp, but it can’t surprise anyone that the free version of such a capable media player is contributing to the incomes of Nullsoft. Long story, short, the install process contains two windows with adware. The first one offers you the Winamp browser toolbar and the possibility to set AOL Search as your default search engine.

The second window attempts to install on your computer DriverScanner, an entirely different program that is actually a utility for keeping system drivers up to date. Besides this minor inconvenience, the install process is as fast and simple it can get. After the installation is finished a 4-step Setup Wizard will enable you to adjust basic functionalities in a flash.

Winamp’s minimum system requirements are hardly a concern for anyone, just 500MHz CPU, 128MB RAM, 15MB Hard Disk Space, 16bit Sound Card and Internet Explorer 5.01 or higher (for Online Services). You can use Winamp on any 32 and 64-bit Windows OS starting from Windows 2000 until 7 and Vista.

Attempting to describe Winamp’s interface is not an easy task as it can be customized to such an extent that we could compare it to a chameleon. Even so, each personalization of Winamp’s appearance and functionality starts from choosing which of the built-in panes you wish to display besides the main Winamp block that is always visible. So, we have the Playlist Editor, Video, Media Library, Queue Manager, Visualisations, Equalizer and Album Art. All these items are optional and you can use any number of them.

You might ask yourself: Ok, but how does the interface of Winamp actually look? This is the tricky part because there is an endless list of Winamp skins roaming the Internet and even the program comes with four default skins: Bento, Big Bento, Winamp Classic and Winamp Modern. The appearances provided by these built-in skins can satisfy a large number of users, nevertheless the massive amount of alternatives surely withholds one that will fit you like a glove.

Even if Winamp’s interface can be considered somewhat crowded with too many features and it’s likely that one will only use a few of them, we have to admit this media player has the ability to quickly become whatever we need, and look exactly (or pretty close) how we want.

– Only for Windows and Android. A Linux version was released in the early days of Winamp but support for it was ceased in spite of the great interest manifested by its enthusiastic users.

– Adware is present within the install process.

Winamp’s success is over 10 years old, but we must be aware that when this media player was born, the list of similar programs was a lot shorter than it is now. The competition grew fast, and is just as ruthless as in any other software industry.

iTunes is another highly popular media player that holds some powerful features for organizing your  playlist and a clean and easy to use interface. iTunes is available on Mac OS X 10.5 or later and Windows XP or later.

Songbird is a cross-platform audio player that might please you thanks to its innovative feature for playing media files displayed on websites in your browser as Songbird files. Songbird is compatible with Windows, Mac OS X, Solaris and Linux.

If all these respectable media players seem a bit too bloated for you, give Foobar2000 a try and you won’t be disappointed. Foobar2000 is a highly functional media player with a minimalistic tabbed interface that focuses on providing a rich list of advanced settings to make your music sound better than ever. Foobar2000 is an exclusive Windows-based application and works on Windows XP SP2 or higher, Windows Server 2003 and 2008, Windows Vista and Windows 7.

Besides the huge list of features and settings present within Winamp, this particular media player is fun to use as it has countless ways to personalize it in both appearance and functionality using skins and plug-ins or just the built-in options. Winamp is a smart media player and you’ll love it especially if you appreciate complex and highly customizable apps that allow you to make them mold your own requirements, and still have a hidden bag of goodies stashed in case you need a new function someday.