Struggling to beat the next campaign mission in Xenowerk? Want to unlock the mini-gun or heavy armor as fast as you can? You’re in the right place. Check out a handful of tips we’ve compiled below to help you destroy those mutants with ease and unlock that powerful new equipment.

Clear all rooms in the mission

Make sure you explore every aspect of the map on each mission, so you can maximize the amount of coins you get. It’s not required to clear out every mutant, but if you do, you’ll score a higher rating and get better rewards.

Get kill-streaks for bonus coins 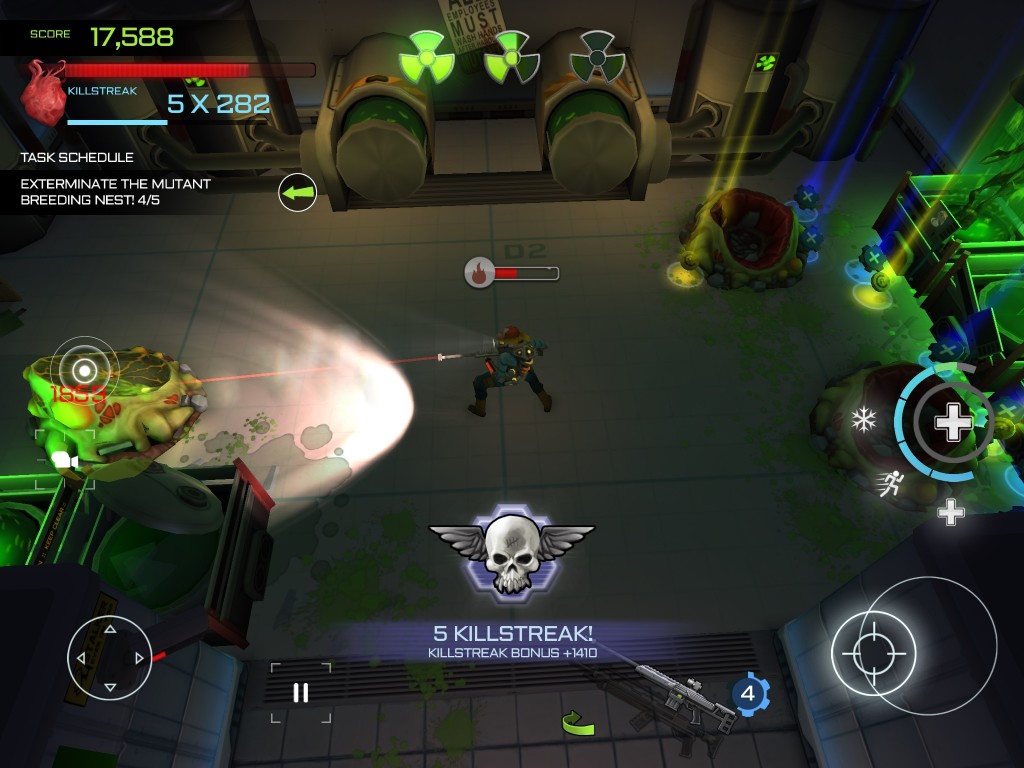 Do your best to kill enemies one after another without much time in-between, as you’ll get more points for a kill-streak. Once you get more comfortable and experienced, you can try to kite enemies from one room to another and group them up for an even higher kill-streak.

After you’ve completed the first chapter, you’ll be able to re-play any mission from that chapter. The final mission gives you a lot of coins for completing it, so if you just repeat this mission over and over again, you’ll get a ton of coins. In a couple of hours, you’ll be able to unlock the mini-gun which will make the rest of the missions extremely easy.

Have a good weapon combination

If you can, try to equip a load-out with one weapon that does high single target damage (like a sniper or assault rifle), and one that damages multiple targets (like a shotgun or RPG). Use the sniper/AR on big mutants, and the shotgun/RPG when there are waves of smaller mutants to clear them out quickly.

Struggling to complete the next mission in the story? Re-play some older missions so you can not only score extra coins, but also upgrade any new weapons you may have purchased. They level up a maximum of 10 times, and the stats increase with each level up, so by the time you max it out it will be much more powerful than when you first bought it. 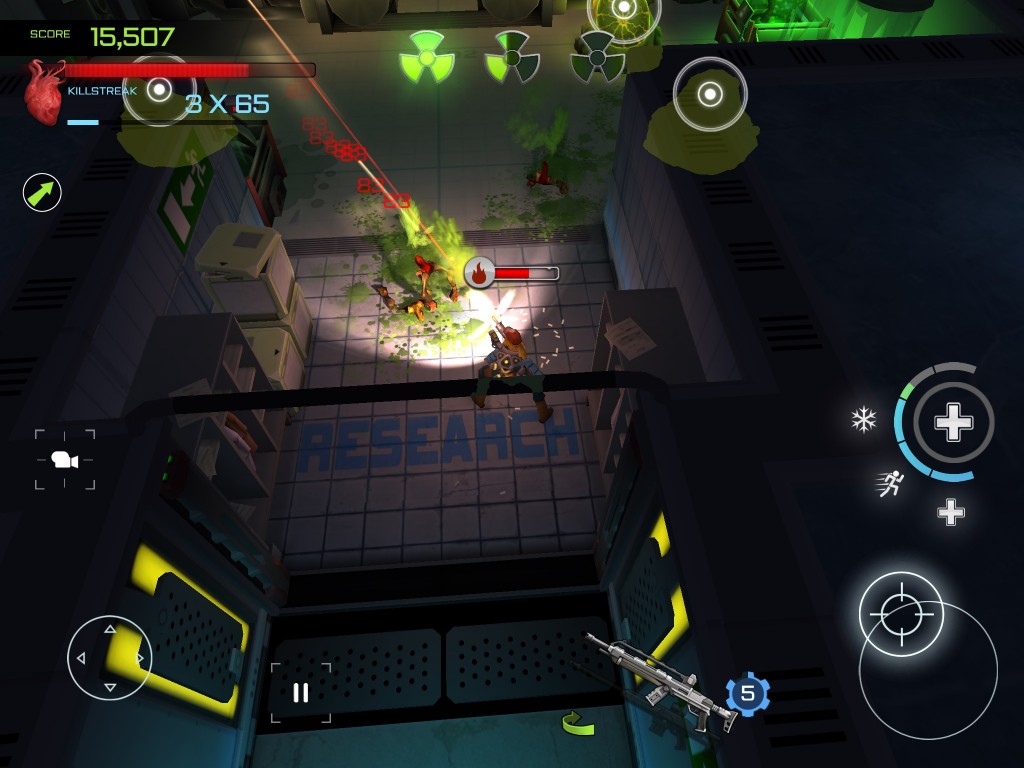 Overheating replaces any type of reload mechanic, and it’s really important that you never let your weapon fully overheat. When it gets close, you’ll see a red bar appear — don’t let this get more than half way full. Instead, just tap your secondary weapon to switch over, use that for a while so your other weapon gets a chance to cool down. Once you’re out of combat, switch over, or you can switch again when your secondary weapon starts to overheat.

Keep some distance between you and the enemy

You can still fire your weapon while moving, so when you encounter enemies, try to backpedal while firing at them to create some more distance. This is referred to as “kiting” and is very important if you don’t want to take a bunch of un-necessary damage. Large mutants hit very hard, so it is especially vital that you kite them around — but they’re also easier to kite since they move so slowly.

As you kill mutants in a mission, you’ll start to charge up your abilities which can be accessed via the pop-out menu on the right side of your screen. Tap the small + icon and drag your finger to the ability you want to use. You can either fully replenish your health on the first tier, get a sprint on the second tier, or freeze nearby enemies on the third tier.

Don’t forget to upgrade your armor

It’s easy to focus all of your coins on flashy new weapons, but if you don’t upgrade your armor every so often, you’ll get one shot by large mutants. If that starts happening, take some time to farm coins on older missions to buy the next best set of armor.

Thanks for checking out these tips & tricks for Xenowerk! Let us know what you thought in the comments section below, and feel free to share any useful information you have about the game.