When you think of a racing game you, as well as many other grown-up players probably think about the posh cars and smooth asphalt tracks. There are alternatives, though. I know my niece thinks about unicorns racing and maybe many kids do, too. This game, however, brings something new to the table – yaks.

Yak Dash: Horns Of Glory is a colorful feast of humor, bright colors, challenging tracks full of obstacles, funny customization and unforgiving difficulty. It may look a bit disorienting with all the hairy beasts kicking and tossing all over, and that’s because it probably is meant to be that way. The tracks are full of traps and holes and caves and boxes – all meant to knock your beast off its speed and send you back to the last checkpoint. And that’s when the game shows its unapologetic nature – whenever you hit something, you lose your advantage and the next thing you know you bite the dust. 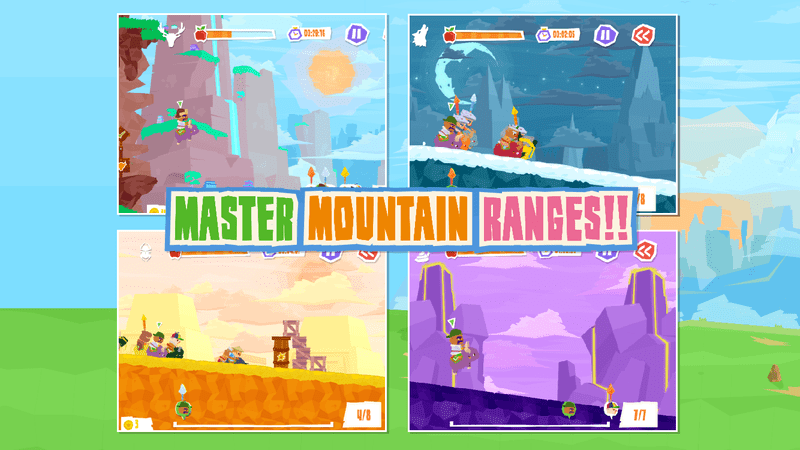 But first things first. The gameplay has you mounting a titular yak and racing against the other 7 racers across a mountainous track to the finish line. The game offers 17 levels and you have to be in the top three racers to unlock each subsequent level.

The juice part is displayed in the upper left corner, and it’s your yak’s energy meter. You need to collect the apples scattered all over the track to refill it. Otherwise, your yak gets tired. The game also has a multiplayer mode where you can compete against the players worldwide and enter the leaderboards. 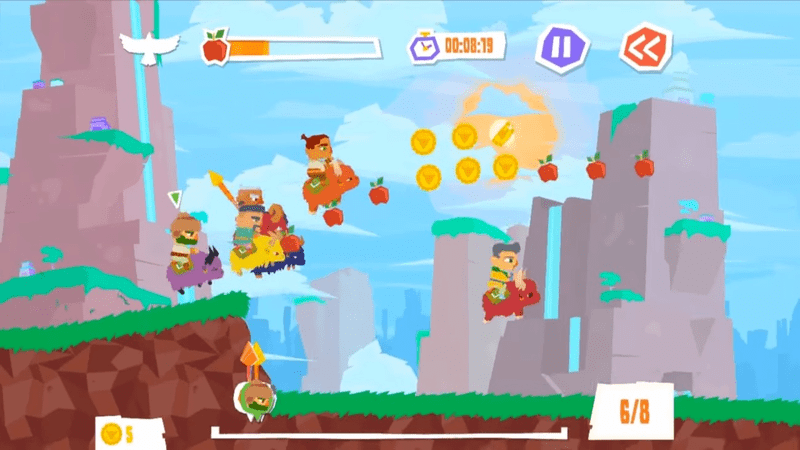 Now, as for the difficulty, you may find it a bit frustrating since a single bad jump will send you back to the last checkpoint. The latter are placed a bit too far away from one another, so expect to tap that restart button quite often. And here comes the nag – Yak Dash has you losing a bit way too often to actually let you enjoy. Yes, you can and you will win the races, but the amount of repetition you need to perform in order to memorize the layout of each track is somewhat dull.

In a way, the racer is quite conservative and the mechanics are not new, but the traditional take on the gameplay is generously spiced by the vibrant and lush design, funny sound effects and tons of personality. By the way, there is such a sport – yak racing somewhere in Tibet, so the idea itself and its implementation is wonderful. On the flip side, the game has a learning curve, which may not be overly steep, but it’s there and you know it. 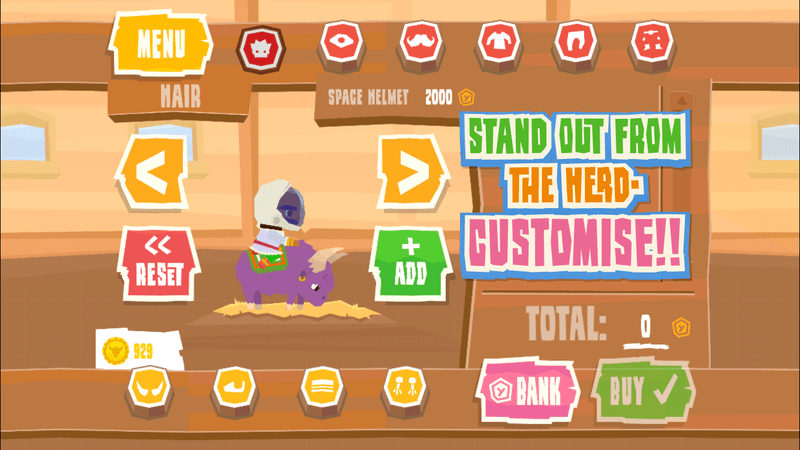 The Android version is freemium while the iOS costs $0.99, and both come with in-app purchases in the form of the coin stacks that cost anything from $0.99 to $14.99. You can use the coins to re-spawn you from the same place you crashed, or buy you some tweaks and outfits for your character and your yak. You can also have several characters and several yaks, in case you share your device with someone else. The customization part is fun, of course, but it’s merely a small consolation reward after you lose.

Overall, Yak Dash: Horns Of Glory is loads of fun, eye-candy and a breath of fresh air, but it could use a little balancing to make it more rewarding. By all means, try it!