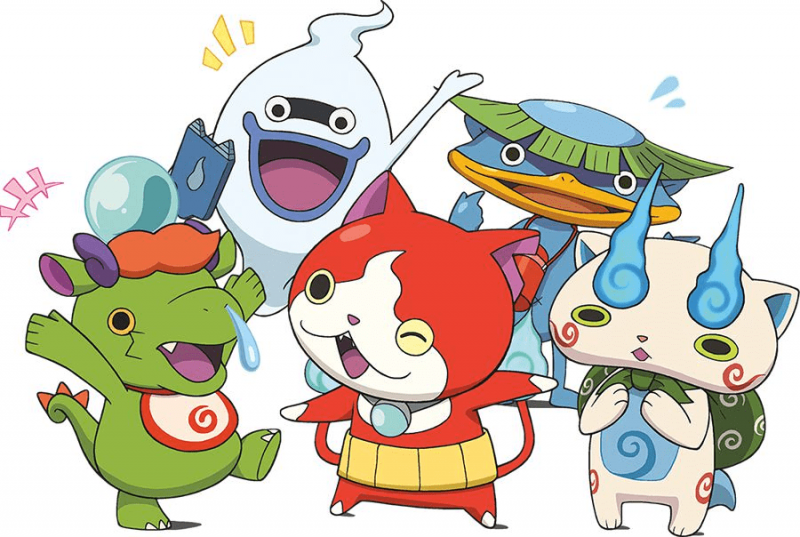 The first thing I thought when I heard of Yo-Kai Watch Wibble Wobble was what the hell is Yo-Kai? And what is all this craze going on with the franchise? So that you know I started playing without any expectations or affection to the said franchise. At first I thought “oh good, another match three puzzler, I can do that. It’s going to be a fast review.”

Two days later, I am only writing this because I am out of Y-cash and have to grind for it. And I got me plenty of Yo-Kai. You will want to collect as many of them as possible, too. Just wait till you start playing.

The developer first launched a Yo-Kai Watch for Nintendo 3DS in Japan in 2013, followed by the release for North America in 2015. It’s an insanely popular franchise, with a Disney XD animated series, Hasbro toys, manga, and much much more. It’s a universe the fans of Yo-Kai take religiously seriously.

It appears that story does have an importance in Yo-Kai Watch Wibble Wobble. Yo-Kai are a part of the Japanese folklore, and stand for spirits of animals and things. That’s why the critters in your game are so weird. One particular critter looked like a big sweaty orc, and there are plenty of cat Yo-Kai, some cute, some utterly creepy. That’s when Phoebe Buffay came to my mind – smelly cat, what are they feeding you?

The aesthetics of Yo-Kai critters depicted in the game appeal to the younger audience, that’s for sure. I can’t help wondering why an umbrella would have eyes, or why that cat has horns and spikes, or what possibly good can there be in a Yo-Kai that “hides away at home for a bit” when it’s time for its special Soultimate Move? 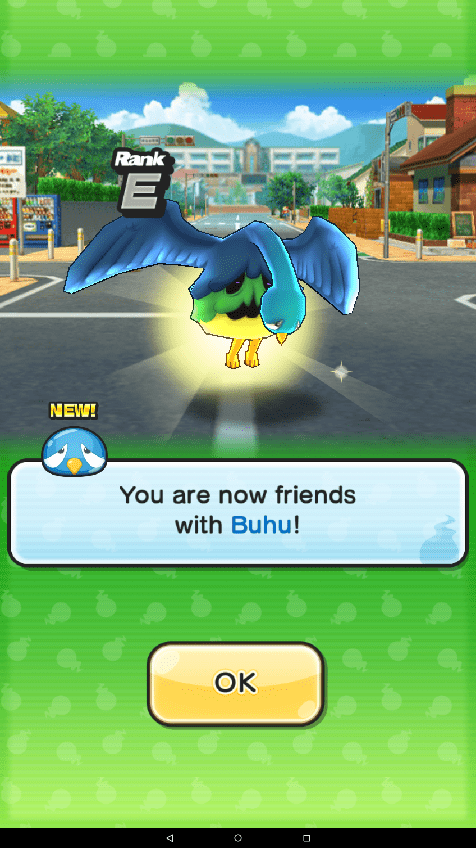 The plot goes like this – a boy named Nate finds a magic capsule, which turns into a Spirit, that gives the boy a Yo-Kai Watch. The gizmo helps Nate see the Yo-Kai, which are otherwise invisible to the human eye. Nate then needs to battle the Yo-Kai to befriend them, and then summon his befriended Yo-Kai to battle more Yo-Kai.

Think Pocket Mortys, if you like. Odd shapes and angry facial expressions kept me entertained for a while until I got sucked into the gameplay.

Sometimes you would unlock a powerful one, other times you just try your hand at different combinations to see which plays out for you the best way. So, be ready to experiment a lot. 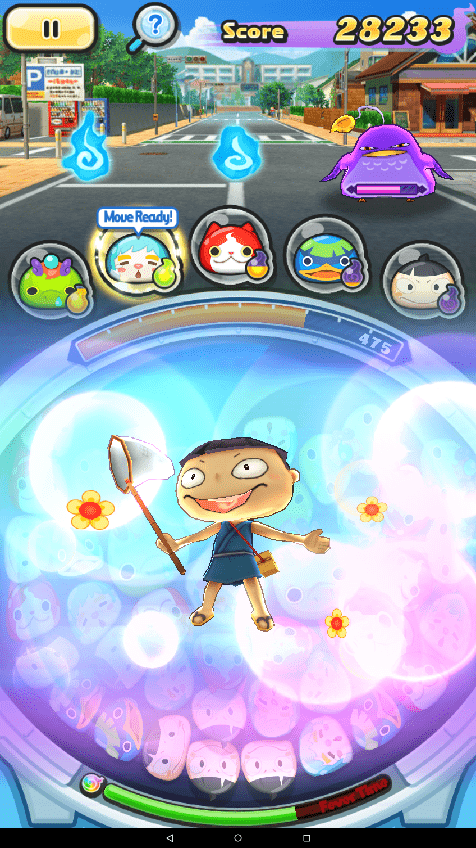 The gameplay consists of two parts – the puzzle part and everything else part, which is huge.

The puzzle part is frantic, a little reminiscent of Big Hero Bot Fight 6, only easier. You need to defeat a Yo-Kai or a group of them in each stage. So, you take your team to battle them. Each Yo-Kai drops from a machine into a huge bowl, and since they’re of oval shape they wibble and wobble inside the bowl. Your aim is to connect the Yo-Kai of the same character to merge them and make a huge bubble. Pop the bubble to unleash an attack by a specific character.

Each character has a special move Soultimate Move, so when its meter fills up, you can unleash that, too. 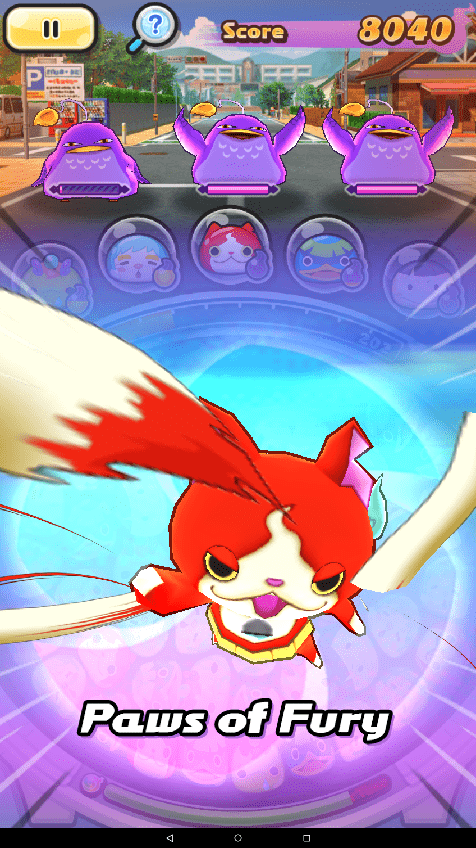 The very puzzle part has many details to keep up with – the physics of the wibbling and wobbling is peculiar enough it took me a while to figure out how to best match them. Once you start matching them, they will mix up in odd ways and the combinations you just spotted would no longer be there. However, by day 2 I learned the mechanics and can now successfully deploy a tactic that would allow me to create huge bubbles.

The point is to make many big Yo-Kai to unleash them all in a combo, with no more than 3 seconds delay between each bubble you pop. That way, you attacks will be more powerful. 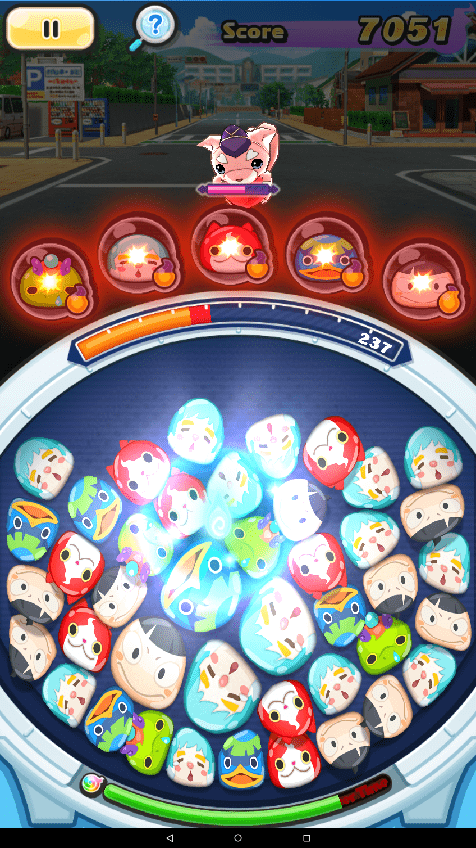 When you make a particularly big Yo-Kai with a single merging swipe, your Fever meter fills up. Once it fills up, you get some 10 seconds to match as many Yo-Kai as possible and pop as many of them as you can within the given time. Once the fever time is over, all your popped Yo-Kai will attack the target simultaneously, all at once.

There is a surprising number of things to keep tabs open on during the puzzle stage while you want to focus on the matching fun due to its cutesy graphics and lively wibbly wobbly physics. The Soultimate moves aren’t just special attacks you can launch whenever they fill – it is advisable to actually learn about them in your Yo-Kai section to know when is the best time to unleash each of them. For example, a Yo-Kai that adds some HP to your team’s HP meter is best unleashed when you are low on the said health points. And so on, each critter’s Soultimate move is special and deals damage when deployed wisely. 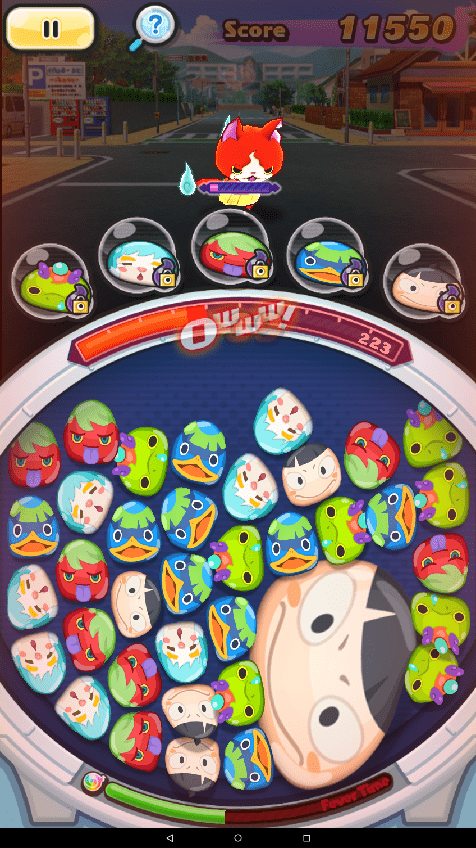 The “everything else” part is jam-packed with things to do. First of all, there is your Yo-Kai management dashboard, where you can sort them by various criteria – hp, attack, tribe, and more. You will try out combinations and see how the members of the same tribe or different tribes work together.

Then there is the Shop, where you can buy food and energy spheres for your Yo-Kai. Whereas food is an element of seduction you can use on your enemy Yo-Kai, so that when or if you beat them they would want to befriend you. In my experience, I have had little luck luring a defeated Yo-Kai with food, and consider that investment wasted Y-money. While the Yo-Kai I befriended were in no way bribed by me.
The XP orbs seem to be the best investment. They allow you to boost the XP of new Yo-Kai you want to add to the playing party.

Befriending other players is an important part of Yo-Kai Watch Wibble Wobble. Since your spirit meter depletes with every stage you enter, you will run high and dry at some point. However, the energy meter can be expanded. The further you progress, the higher the cap, but it’s the friends that can send you energy gifts every now and then. Provided you can have a couple dozen active friends, you will never run out of spirit, even if playing a long session. To befriend someone, you need their Yo-Kai Watch Wibble Wobble code. I suggest you look for it online, like in the Reddit threads. Both you and your buddies receive small sums of Y-cash when you send each other favors. 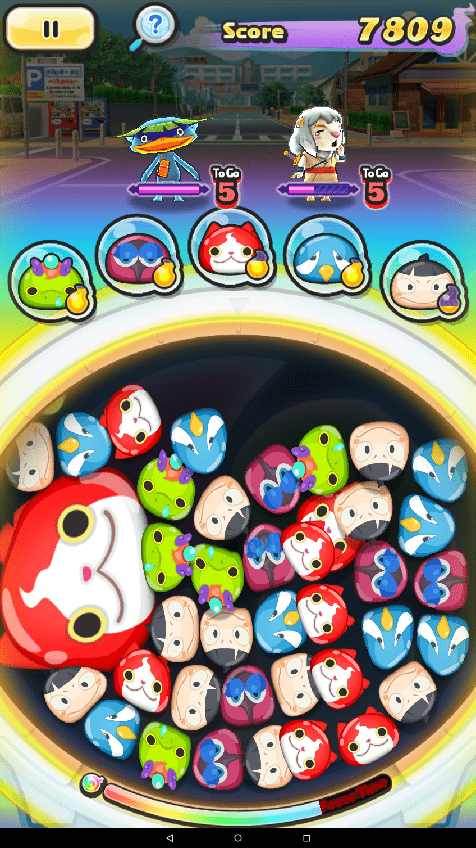 Yo-Kai Watch Wibble Wobble is free-to-play, with IAPs. I am not even mid-way through the stages, or at least that’s what it seems because there are 130+ stages across large areas with difficult boss fights, secret areas, and missions. I have not bumped into a paywall by now, while the grinding is not tedious. The worthy IAP is the one that comes with a bonus A-class Yo-Kai, the best-est and the most powerful kind. The common Yo-Kai that drop in the stages are mostly D, E or C at most, so you may want to boost your team. Overall, the IAP system is moderate, non-intrusive, and justifiable. 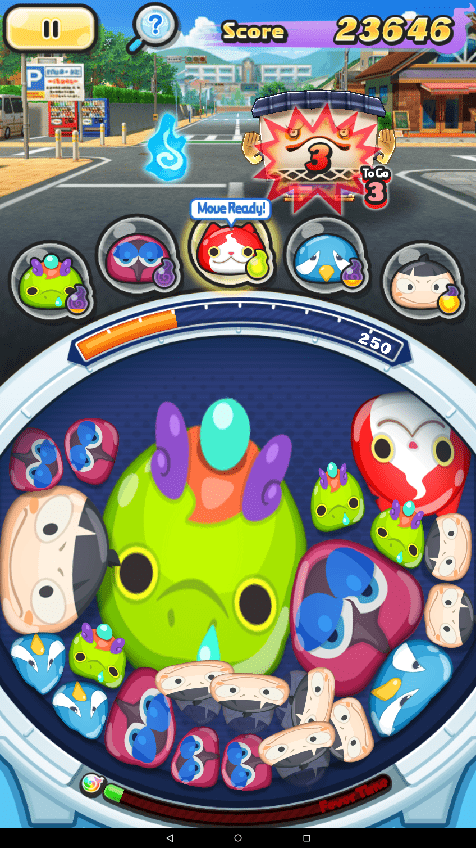 Addicting
Novel take on match-3
Cutesy graphics
Polished
Surprisingly deep, with lots of things to do – missions, secret locations, events, medals, friends and an entire franchise to back the addiction
Tons of Yo-Kai
Non-intrusive, fair IAP system
No ads

It would crash at least once per day, but considering the sheer volume of the things under its hood, the game runs buttery smooth overall

Yo-Kai Watch Wibble Wobble is an instant crush, even if you know nothing of the franchise, or don’t appreciate too much vanilla in your ice-cream. It’s pure awesomeness.