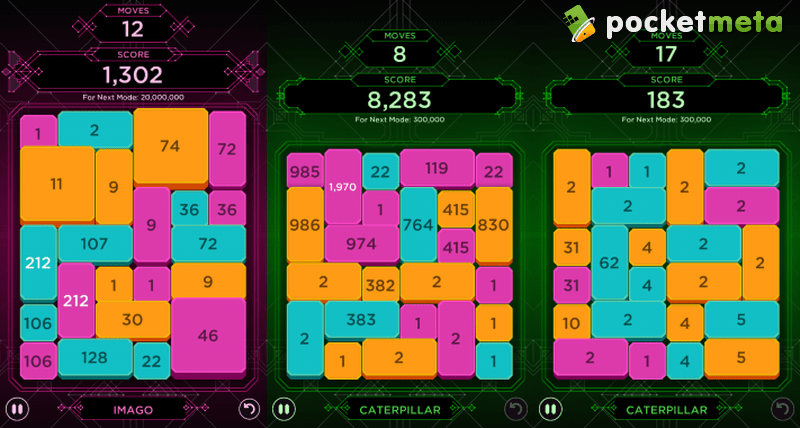 Imago is an awesome puzzle. Period. Go try it, you don’t need a review. Because when I think about how I am going to explain to you the details of the gameplay my head starts aching, and I feel like I need a nap. Or another round of Imago.

It may look like another replica of Threes or 2048 on steroids, but it’s trickier than that, and has a lot more in store. Check this out.

There are four stages in Imago, each more complex and difficult than the previous one. The first level is dubbed Egg, the second Caterpillar, the third Chrysalis, the fourth Imago. There is something locked behind a 20,000,000 points score, don’t know what it is – another mode? As you might have guessed, by playing the levels in Imago you would be evolving into a beautiful butterfly. 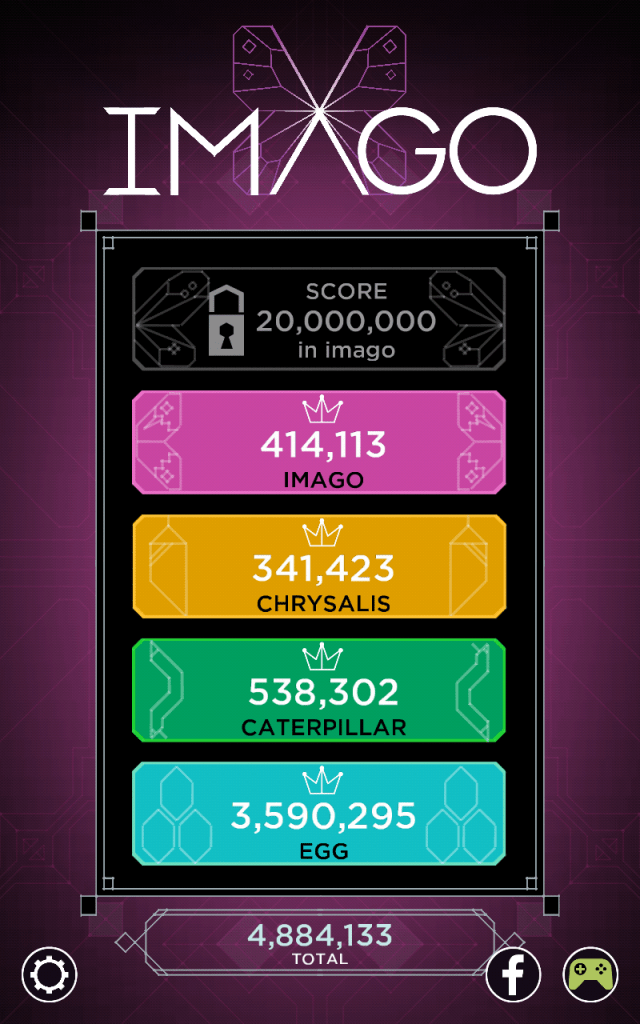 The first level is introductory, explaining the basics. You begin with single tiles of two colors, each with a number. You combine the tiles of the same color – not the same number! Here, the color rules, not the numbers. The two small tiles merge into a bigger one, then you match it with another one, and they break in small ones of different colors.

Moving tiles is exceptional in Imago. Think about tetris, or block games where you need to move blocks around, but when horizontal meets vertical they can block one another? This is the same head ache in Imago. Well, it’s a challenge, but get to the fourth mode, you will know the value of a badly positioned block. 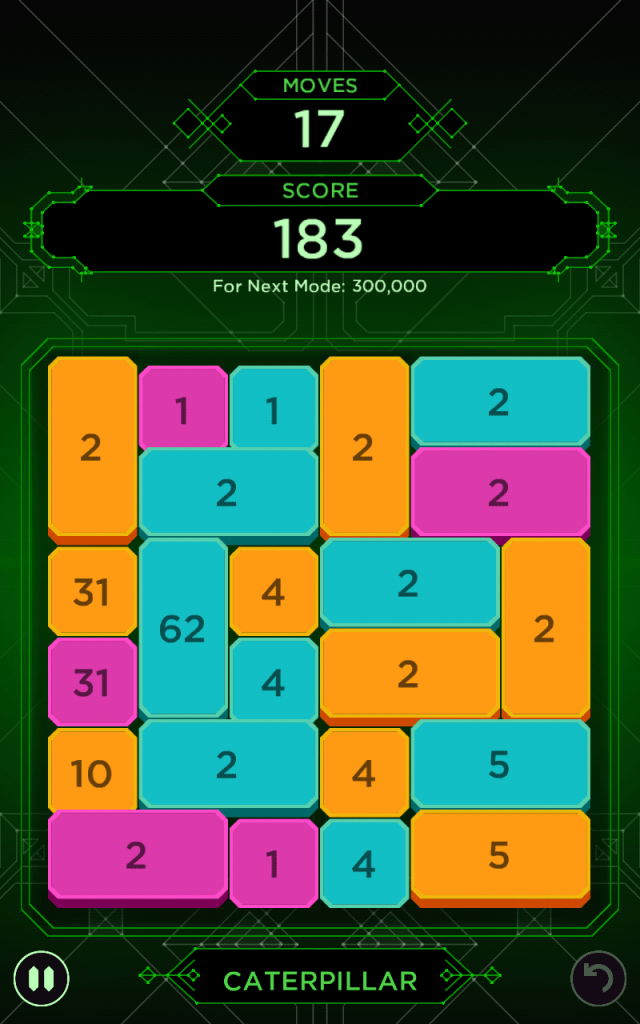 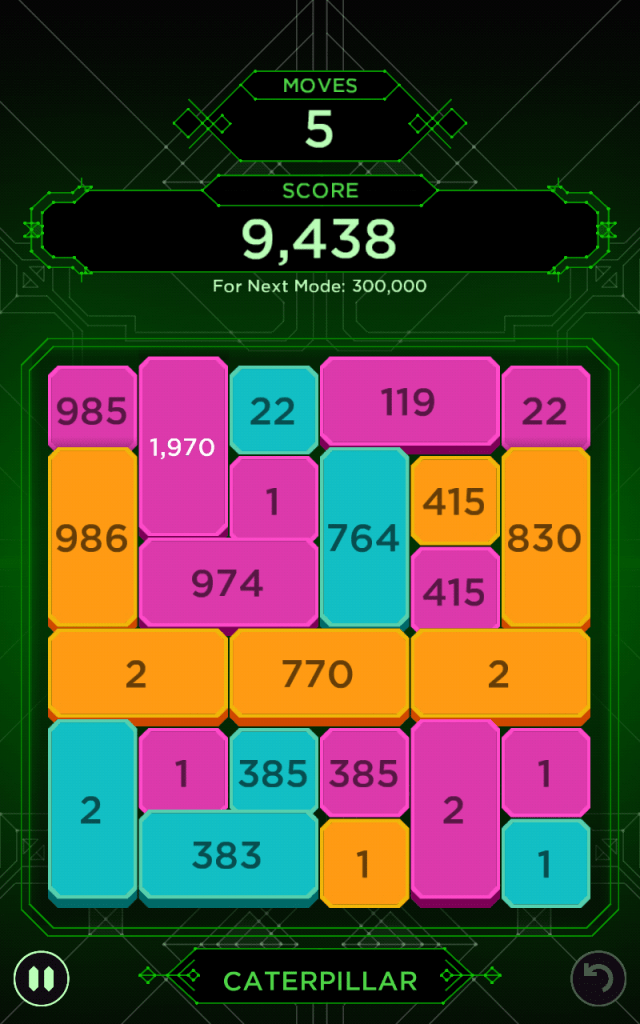 You would think it all gets pretty disheartening by then, but in fact the game explains itself very well and never have I felt lost or in need of another round of tutorial. In fact, the main challenge in Imago is to wrap your head around how each of the tiles can move. Most times I lose because I don’t see the paths. And the paths can be snake-like, from the upper left angle to the bottom right angle – you just have to see the pattern.

Is it difficult? Oh yes, but it’s not condescending, nor does it make you feel dumb. It has a certain dose of luck in the way how the big tiles break into small ones – I see no pattern in how they do it. If there is a pattern, indeed, someone enlighten me. Hence, no replay is the same as the other. Sometimes I would hit restart mid-way through a stage because it’s obvious the situation is hopeless, but not once did it feel like a time wasted. A new round brings the necessary satisfaction and an urge to play more.

Visually, the game is a delight, not only due to the attractive graphics, with juicy vibrant colors and neat effects, but also thanks to the very neat sound effects of moving tiles. It sounds like you have a physical game in your hands, with tiles coming to life as you move them. Spot-on effect. Another great bonus to the art department is the soundtrack – so atmospheric you would not expect to find it in a colorful puzzle game. I am utterly impressed with the art work in general and each detail in particular. 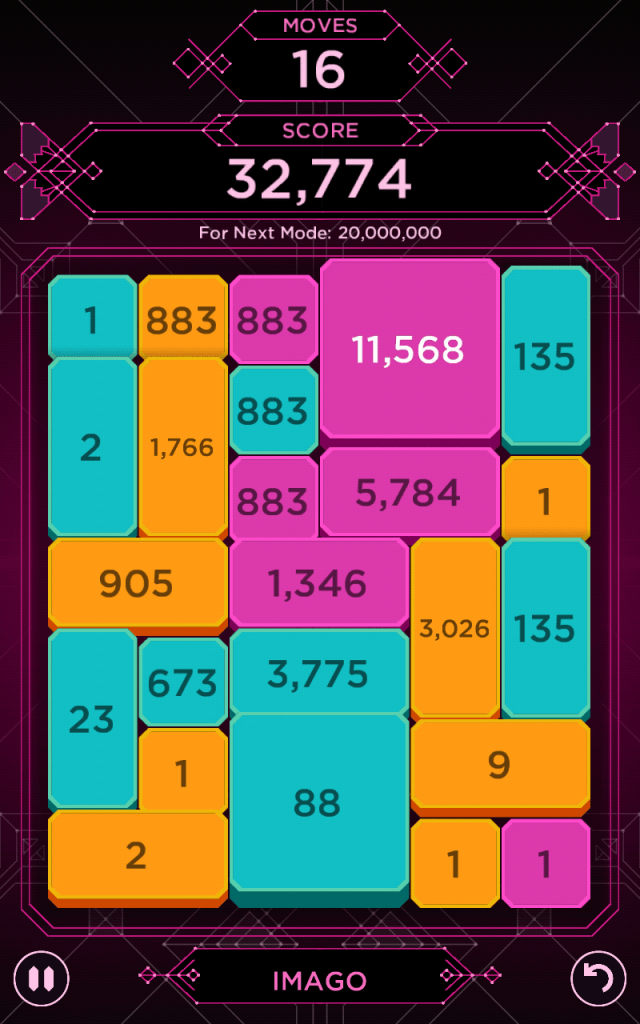 Since the number of moves per each round is limited, you will be replaying a lot. And this is the gist of the game – its replay value is immense, if not limited. If you ever got hooked on a 2048 you know where Imago stands in the chart of time consuming culprits.

The game is free, ad-supported, with IAPs that buy you extra moves. There is also one IAP that buys you a butterfly; no idea what it does. I see reviews on the play store of people complaining about the intrusive video ads, but I don’t see it as a problem. Provided you can play it on the go, offline, and it’s free, it’s a deal breaker for many. There are no lives, energy meters, or in-game currency – the game lets you focus on the puzzle part without any sort of trash distractions. If watching ads, or paying $2.99 to remove them permanently is the deal, it’s worth it. Don’t go trashing a game just because you dislike ads, but don’t want to pay for an ad-free version – developers need to survive. The IAP/ad system in Imago is just.

I have played for the entire day, and unlocked all four stages without buying any extra moves. So, from my experience, the ad-removing IAP is the best value purchase while one or two extra steps IAPs are next to worthless because it’s not a burden but rather pleasure to replay a mode. 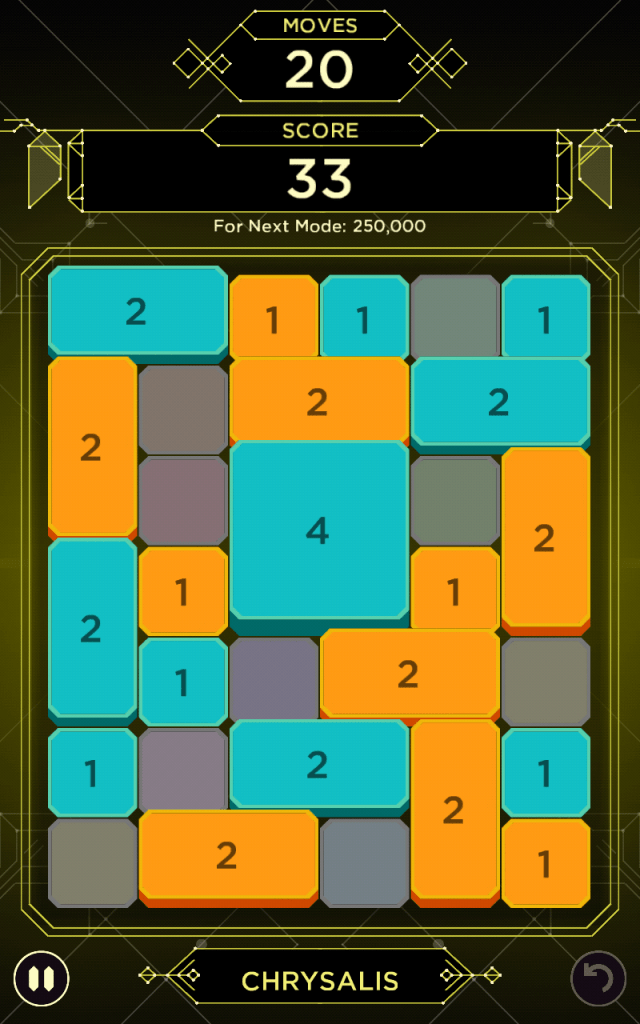 Here is the bottom line – now that I look at my keyboard I feel the letter tiles don’t match and it obstructs my typing. So, yes, the game is highly addictive, well thought-through, clever, and beautiful. In case you were wondering, there are leaderboards and achievements with Facebook and Google Game services. I suspect the fifth mode hiding behind what seems to be a mission impossible score is the Daily Flight, a daily challenge that presents a unique puzzle based on one of the five new challenges. Can’t wait to unlock that.