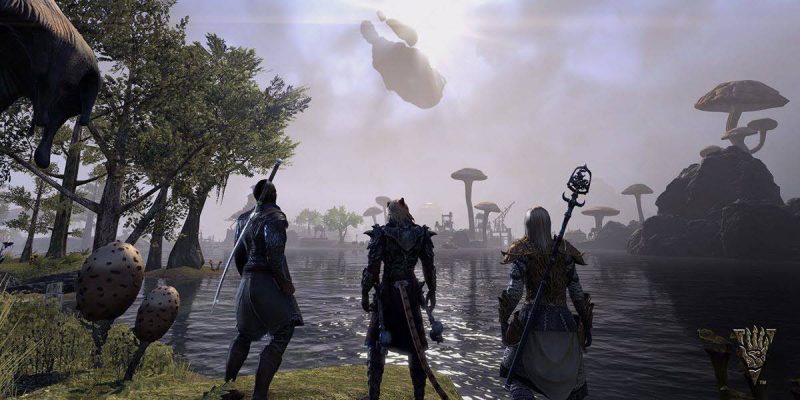 The MMO genre is pretty complex and The Elder Scrolls Online makes no exception. We’re knee-deep into ESO here at BytesIn and while we love many MMOs, ESO is one of our favorites here. To make things simpler and to enchance your gameplay, there are numerous third-party addons that improve the game quite a lot. We can honestly say that we don’t play without them for a while now. The game developers have made the game’s API incredibly versatile so players can create useful extensions we can all benefit from.

That being said, these are our favorite ESO addons and while you probably won’t end up using all of them (you should tho), I’m sure you’ll come across some gems in our selection.

A quick notoe, if you are a World of Warcraft Classic player, we’ve also compiled a list with the best addons for Classic WoW as well.

The interesting part about TESO addons is you don’t need to create them yourself – the game has a huge community and you can find an endless list of user-submitted addons at ESOUI.com. With that said, here are the best addons for The Elder Scrolls Online. While the addons mentioned in this roundup are listed in no particular order, I placed Combat Metrics at the top of our list for a single reason – regardless how you choose to play your character in ESO you will need to fight a lot.

Combat Metrics lets you track damage and healing done, as well as received during combats. It’s a crucial tool for analyzing your battle skills which is a mandatory step if you want to improve them. The add-on is useful for everyone: DPSers, healers, and tanks so check it out, I’m sure it will become one of your favorite third-party tools for TESO. 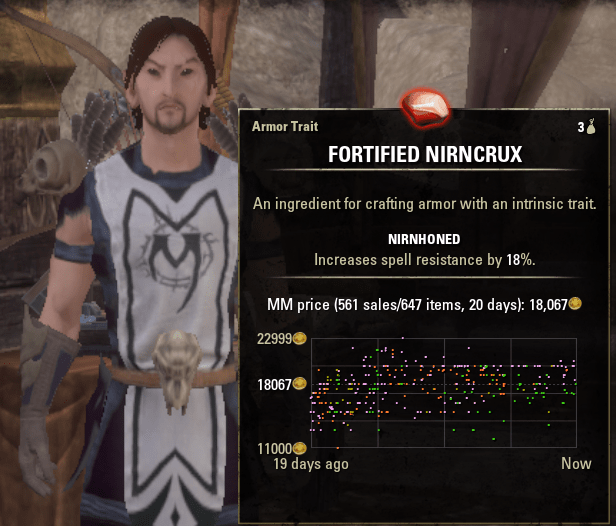 I’m sure not everyone enjoys trading in TESO but this mod might just change your mind. You can think of Master Merchant as a tool designed to complement TESO’s Guild Trader system.

The addon tracks all data related to purchases and sales that’s available to your game client. You can use Master Merchant to track all sales and purchases within the guilds you’re part of and even export the data to external applications. It doesn’t matter if you’re a beginner or an experienced seller, this mod is useful to everyone. Master Merchant is a vital extension to ESO’s marketplace system and to be completely honest, we can’t play without it. 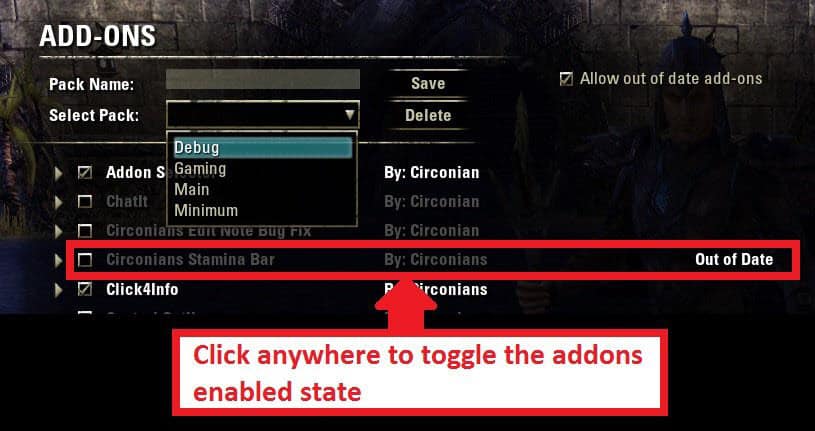 If you’re using several addons then you’ll definitely love Circonian’s “Addon Selector”. This mod lets you manage your addons with ease. As you probably know already, some third-party tools for The Elder Scrolls Online can be heavy on the system resources which is why you’ll probably want to disable some of them at certain times.

Circonian’s “Addon Selector” lets you create multiple addon “presets” and switch between them with a single click. For example, you can create a preset with PvP addons, one with farming addons and swap them as needed.

A lot of people enjoy playing multiple characters, so I think Binder is a must-have addon as it lets you set up keybinds for each of your characters. This practical tool lets you save your keybinds, manage, and load them on any characters using chat commands. It’s as simple as that!

Sadly, this particular addon hasn’t been updated in a while, so if you’re having issues with it, you might want to try Votan’s Keybinder instead. 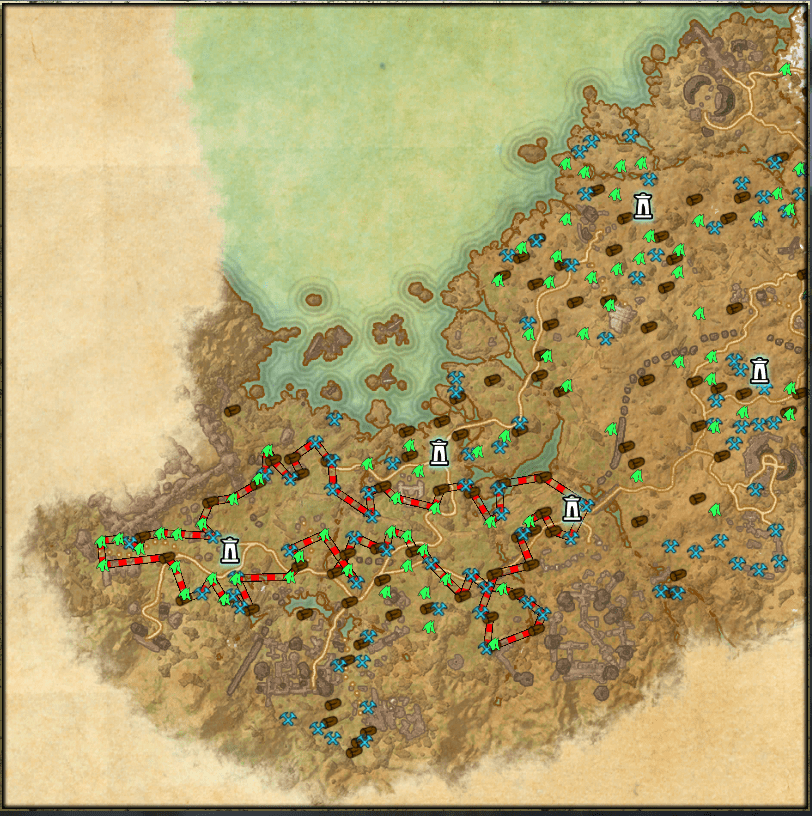 HarvestMap is one of the resource-demanding third-party tools for TESO but when it comes to maximizing your farming profits it’s pure gold. The mod keeps track of all crafting material modes, but also other things like fishing spawns and chests. All of these locations will be marked on your map and you can even enable an option that points to you the nearest node.

It’s not a good idea to keep HarvestMap enabled while you’re fighting because of the performance loss but it’s an amazing tool for farming efficiently. 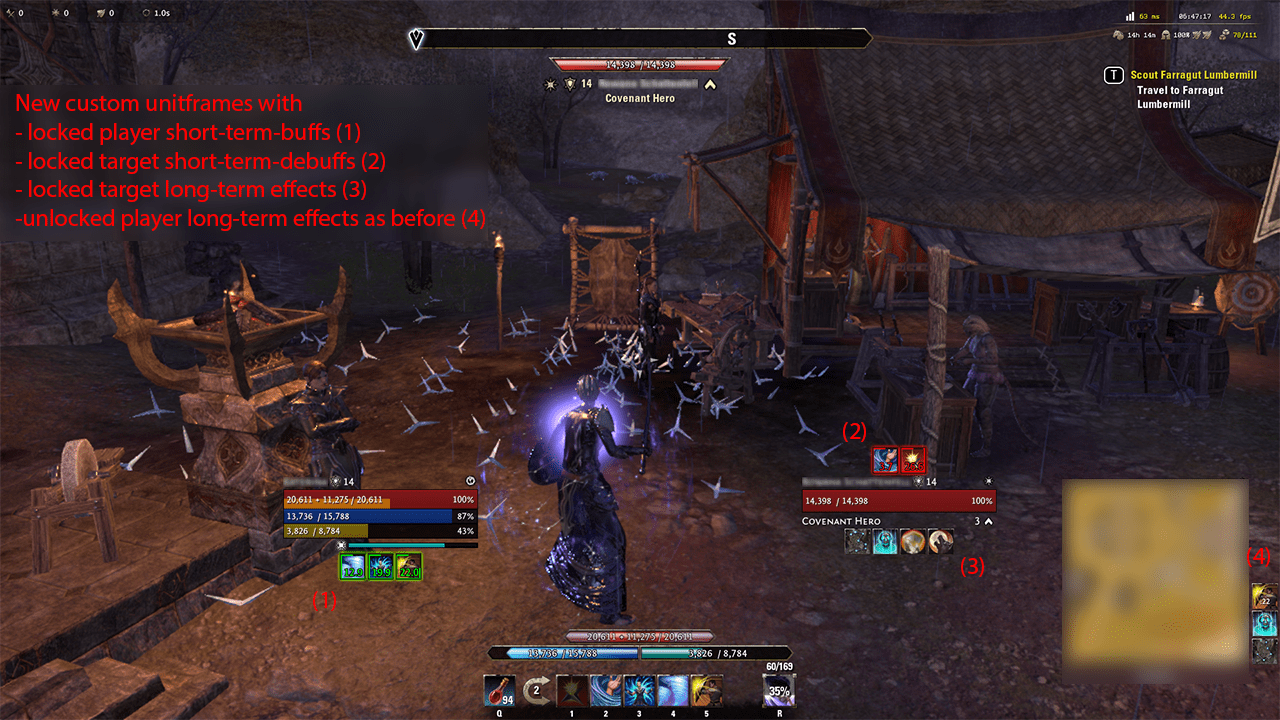 LUI: Extended is an excellent addon that lets you customize Unit Frames, but also Chat Announcements and Buff Tracking.

More importantly, LUIE enables you to customize, resize and move unit frames as you please. It also includes a buff tracker which you might enjoy if you don’t plan on using a separate mod for that.

I find Advanced Filters such a useful addon, it should have been part of ESO’s default UI. The tool allows you to add extra subcategories for filtering through Guild Store, Bank, and Inventory contents.

It’s one of those addons you get used to instantly and can’t imagine playing the game without it. Definitely recommended! 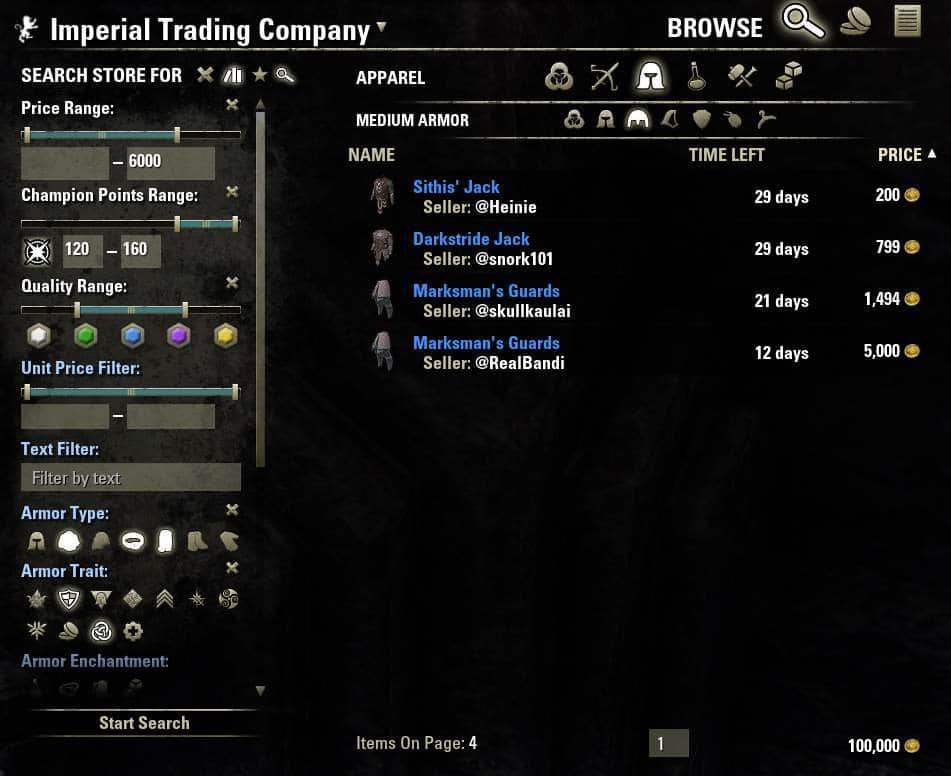 Since we talked about Advanced Filters, I absolutely need to mention AwesomeGuildStore since they work in conjunction. If you need some amazing search and filtering options for the Guild Store UI, this add-on will give you everything you hoped for and more! AwesomeGuildStore provides us that TESO Marketplace feature we currently lack in the base game.

Because of some API limitations, AwesomeGuildStore lets you search through 100 items per page and it’s also memory-hungry (so don’t keep it on at all times) but it lets you find exactly what you’re looking for so it’s worth having it installed. 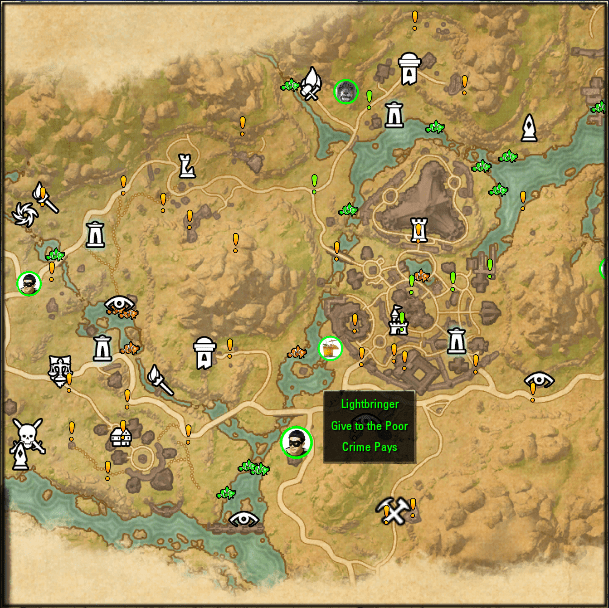 Destinations is probably one of the most downloaded add-ons for The Elder Scrolls Online. You can rely on this third-party tool to see almost any important location on the map, even the ones you haven’t discovered yet. It’s one of those add-ons that are useful for both new and veteran players.

OK, so I’m cheating a bit here because I grouped two addons together, but even though you can use them separately, they’re even better if you use them both. 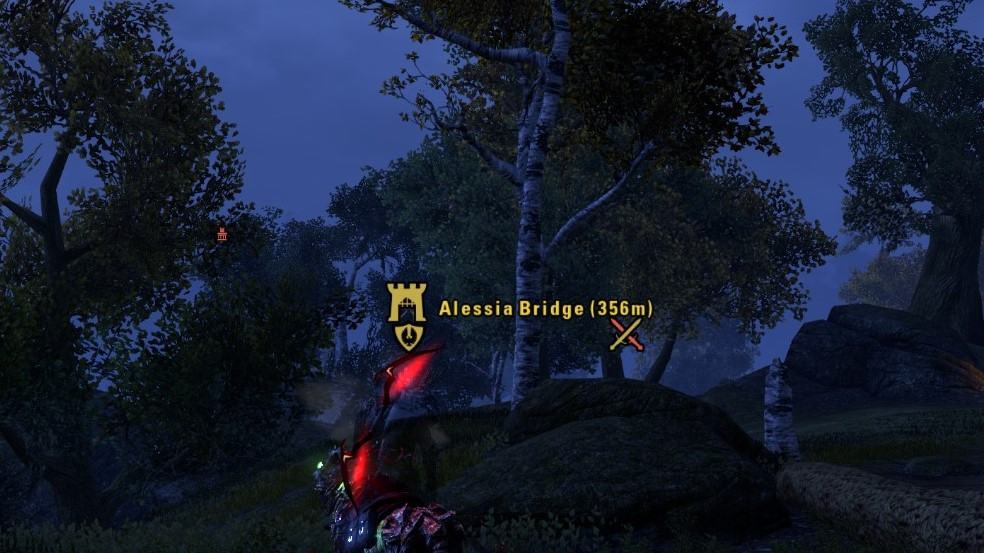 PvP Alerts is an amazing tool for those who enjoy playing PvP – it lets you customize “Cool People” and “Kill-on-Sight” lists, it will notify you about incoming projectiles, plus it can detect enemy players “specs”.

There are numerous other features included I’m sure you’ll love such as a smart respawn location selector and nearby Forward Camp/PvP Buff tracking. 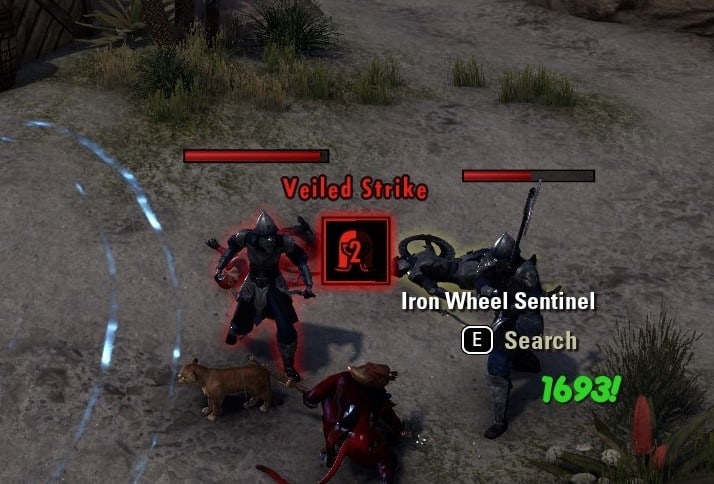 CC Tracker is not specifically designed for PVP, so you can enjoy it even if you’re more of a PvEr. The add-on makes it so that you’ll always know if the currently active effects were cast by friendly targets or enemies. And if you ever run by mistake into an enemy’s effect, the mod will display flashing alerts on the screen so you won’t end up dying for nothing. 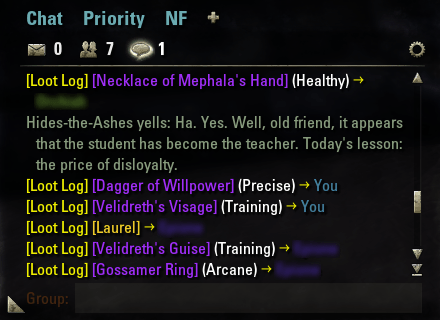 Regardless how you like to play The Elder Scrolls Online, you will always loot items. Loot Log is a small but handy addon that keeps track of all the items you and your groupmates are looting. The best part is you can even filter the types of looted items you want to see using chat commands. 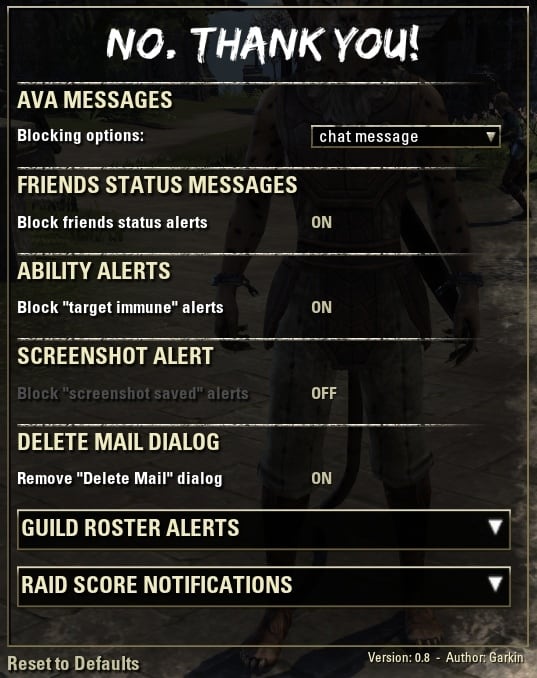 At this point, you might be wondering….”What on earth does this one do?”. I’m sure you’ll love the answer. No, Thank You! is a practical tool that keeps the ESO UI free of annoying notifications, error messages, pop-ups and everything between.

With this add-on installed you won’t need to confirm each time you attempt to delete a Mail message for example. The ESO UI has other similar annoyances and if you want to get rid of them all, “No, Thank You!” is the perfect solution. 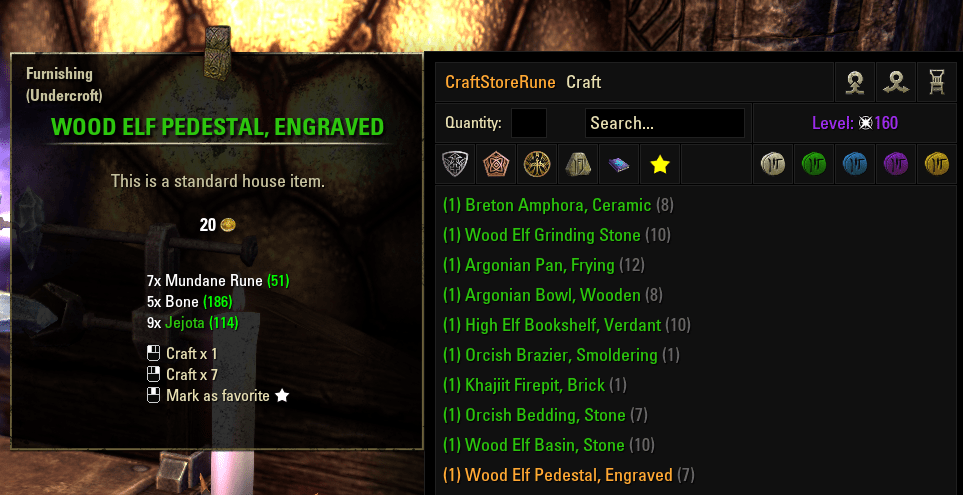 CraftStore is a must-have addon if you want to keep track of your crafting skills. The tool lets you see all current and in progress trait research, all your recipes and motif patterns you’ve learned so far and it even provides improved UIs for Provisioning and Enchanting.

Another feature I find awesome is the built-in list with all crafting set locations with the option to teleport to any of them with a single click. How cool is that?

While we’re still in the crafting department, I think MultiCraft is a mod any crafter will find useful. The addon eliminates the need to click the “Confirm” button dozens of times when you’re crafting multiple items of the same kind. It provides a slider you can use to select how many items of the same recipe you like to create. Then, you just need to confirm once and relax while your items are being crafted. 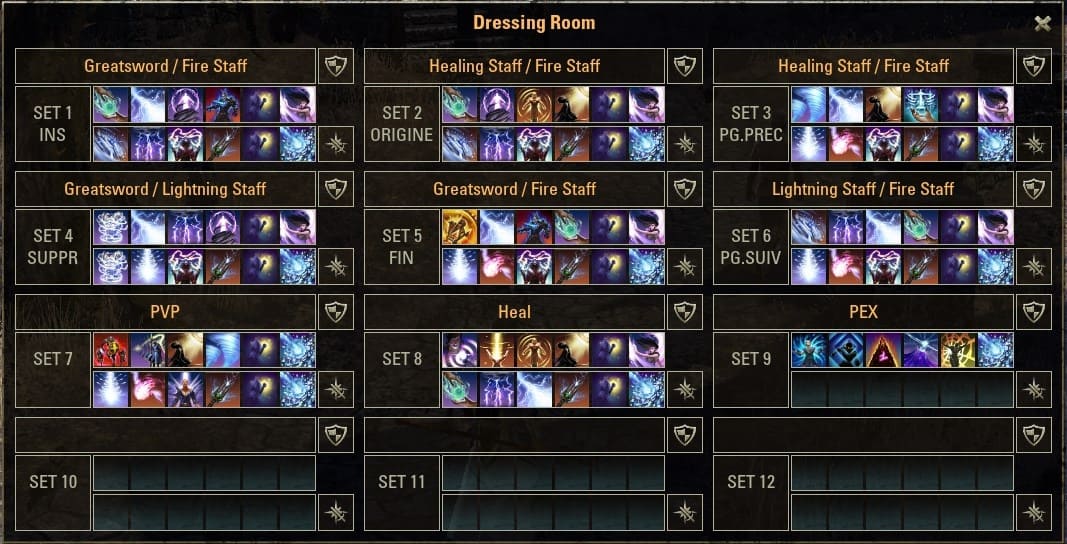 While I’m sure you won’t be ashamed to change your character’s clothes with other group mates or players nearby, it’s a repetitive task that can get boring pretty fast.

Dressing Room makes it much easier to switch between different types of gears as you can save up to eight presets for both gear and skills and change them with one click. 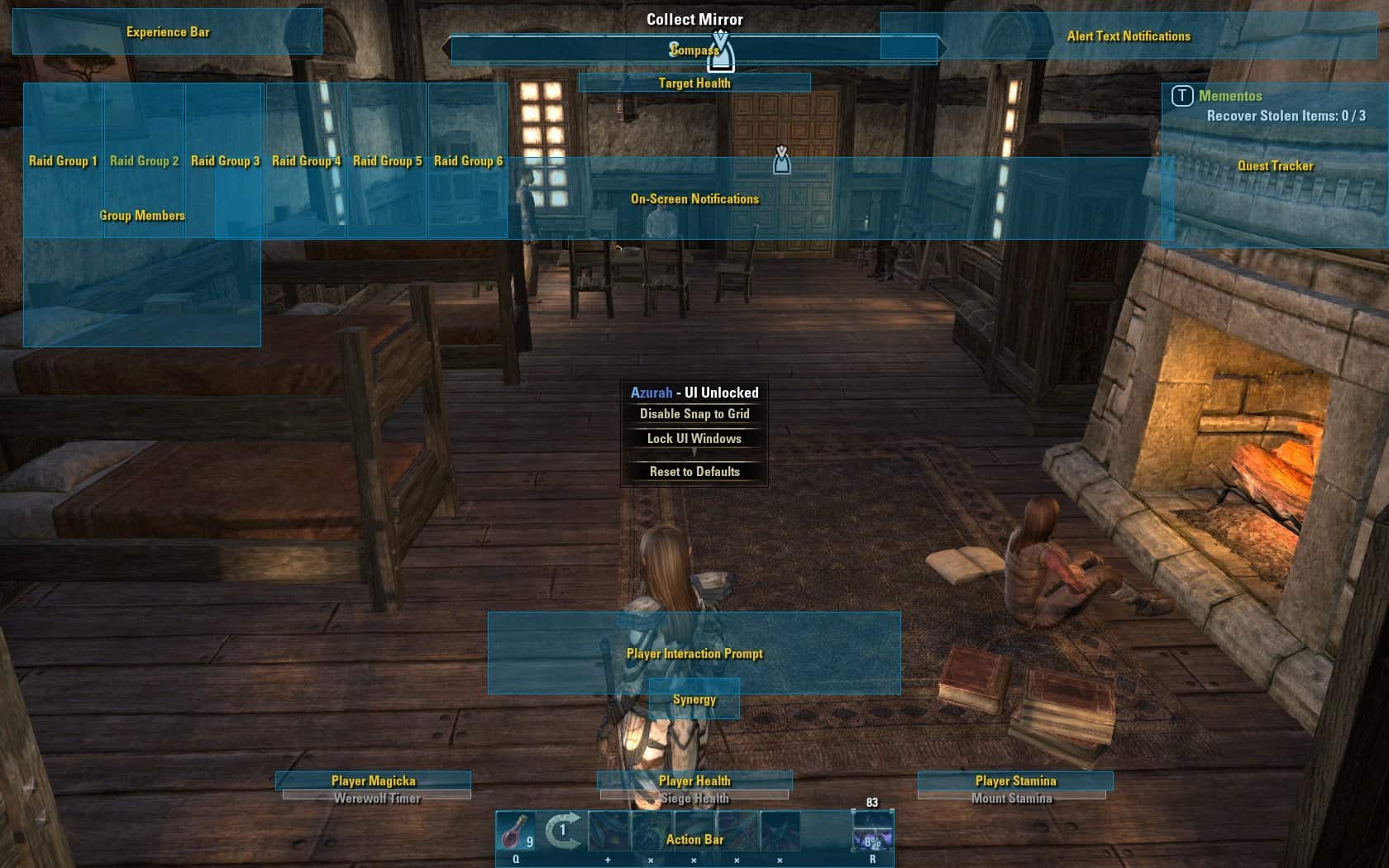 Azurah is a UI addon that provides an interesting set of features, but one of its noteworthy capabilities is it lets you unlock any UI element and resize or move it as you please.

It also includes some handy customization options for color and text, as well as the ability to change unit frames. 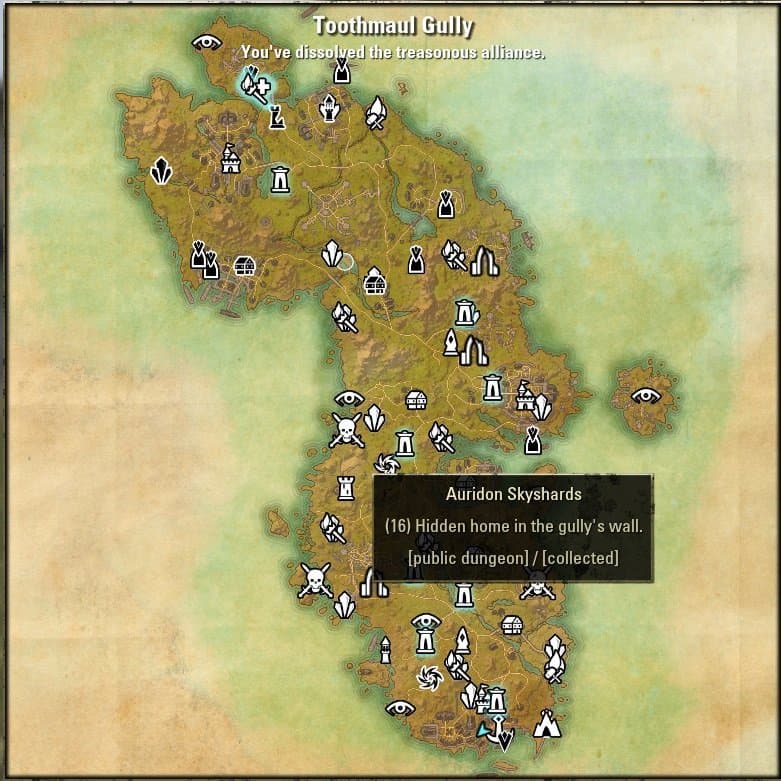 The SkyShards and LoreBooks add-ons allow you to see all of these items on the map so you won’t be wasting time trying to find them. Some of the best addons for The Elder Scrolls Online are also the simplest, and these two certainly confirm the rule. 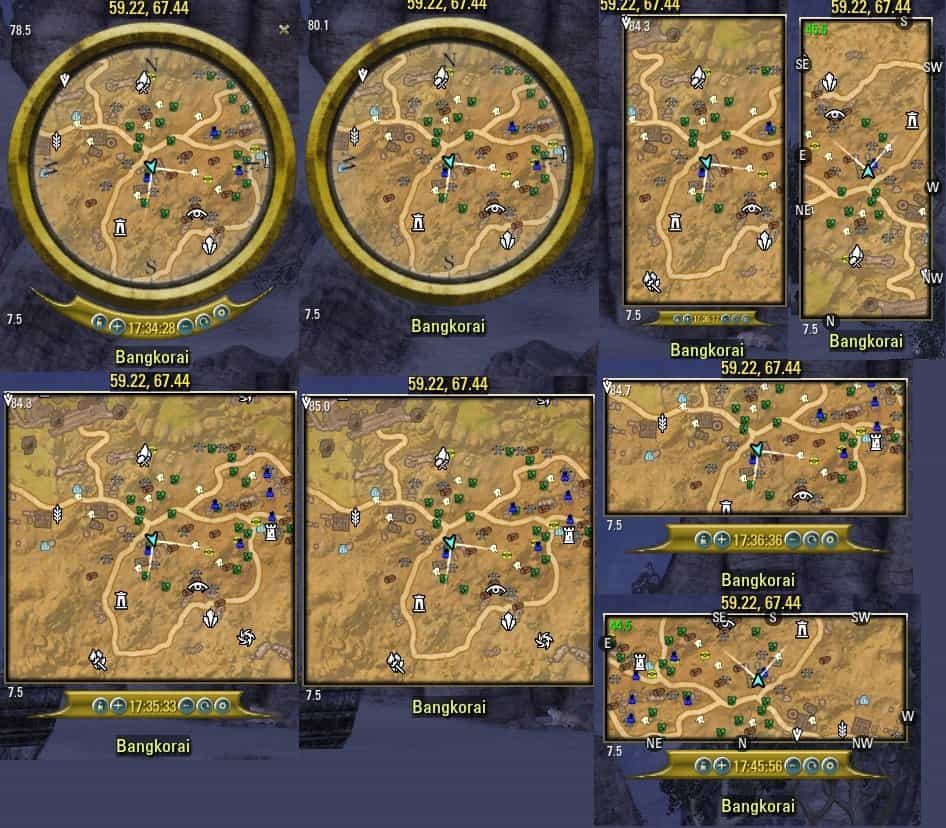 MiniMap by Fyrakin is the most popular mini-map addon – it’s small, includes numerous customization options and supports other well-known mods such as HarvestMap, Destinations, LoreBooks, and SkyShards which is everything one could ask for. 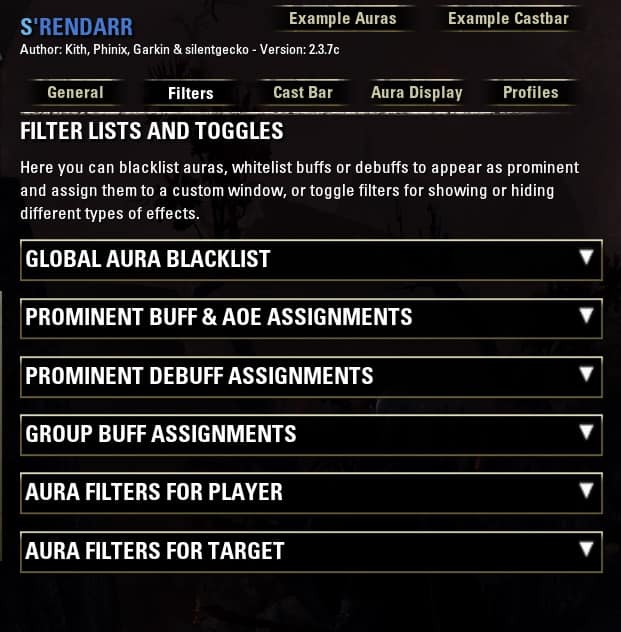 S’rendarr is my favorite buff-tracking addon because it’s highly versatile. The mod bundles numerous windows, lets you move your trackers as needed and even create your own buff and debuff tracking panes. As you might already suspect, you’re going to need to play around with it for a while, but once you set it up, you’ll never one to play without this mod again. 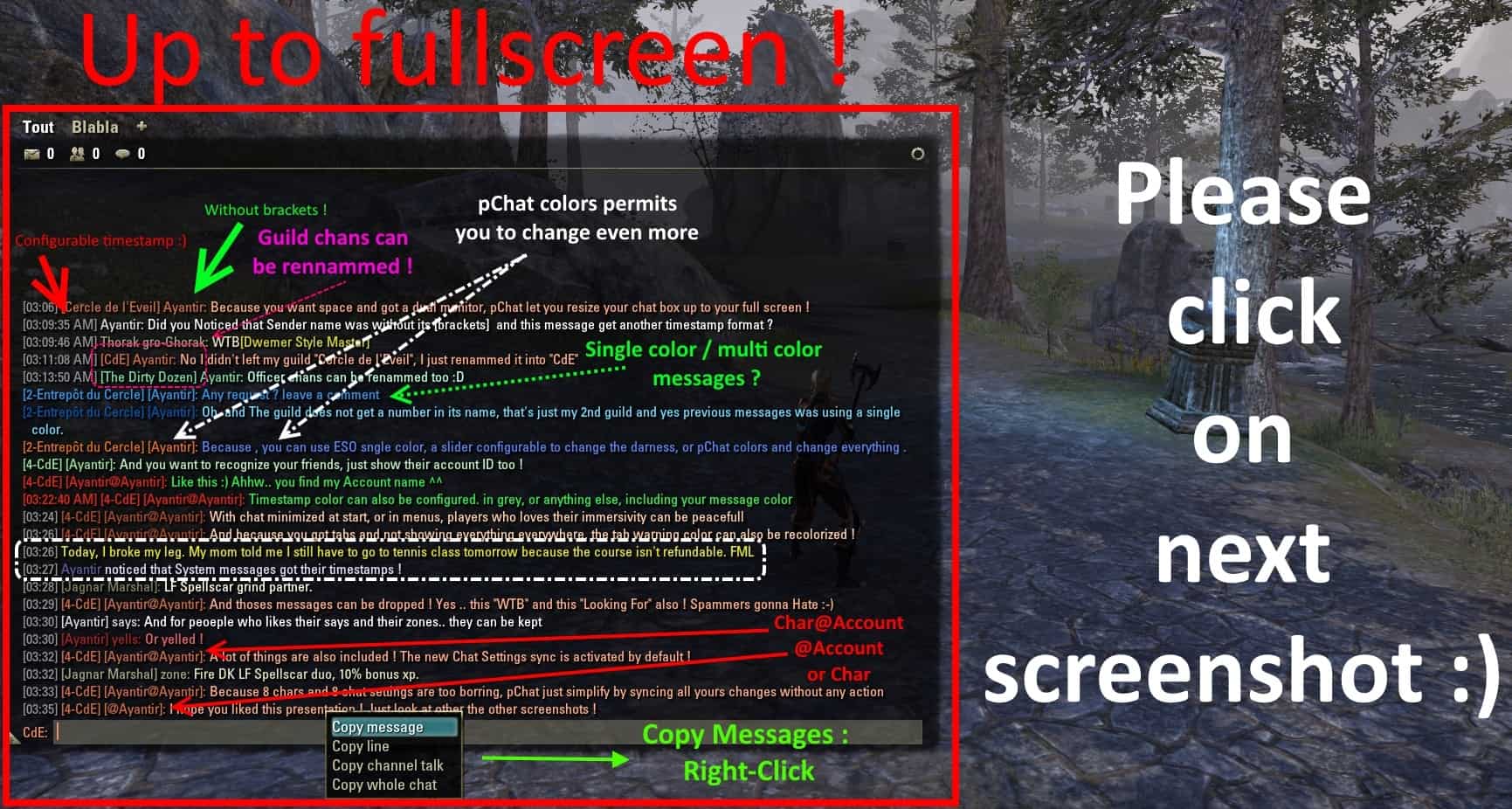 While some players are happy with TESO’s built-in chat, if that’s not your case and you need a solid chat mod, you should check out pChat.

The addon lets you customize text colors and fonts, log your whispers, display user and/or character IDs in chat messages, resize the chat window, save your chat history between logins, and much more.

I’m aware there are plenty more amazing third-party addons for The Elder Scrolls Online. As former TESO Elite editors, we highly recommend most of the addons for a better gameplay experience.