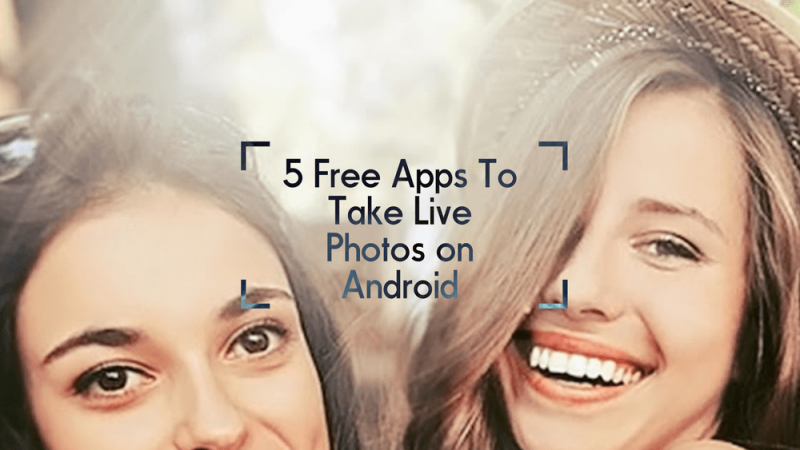 When the new iPhones 6S and 6S Plus started shipping with the 12-megapixel cameras and Live Photos, it was crystal clear the live shots are becoming the next big thing in the world of mobile cameras. iOS’ live shots are short GIF-like photos that capture 1.5 seconds before and after the snapshot is captured, so they’re filling in the gap between the videos and still shots because they’re shorter than videos, yet more vivid and fun than still images.
If you are an Android user, no need to frown because there are enough apps on Google Play that offer similar functionality, if not better. In fact, some apps have been offering similar live shot features before the Apple’s live photos became a big thing. Without further ado, here are some Android apps that offer the live photos feature or similar, or even better.

Camera MX is a reputable and long established Android player, and as of recently it added a live shot feature available for Android devices running Android 4.3 and higher. It’s a fun way to capture a video-like image that encompasses several seconds after you press the button. The UI is dead-simple, and there is a special live shots button and a burst sound, optional, so you know when you capture a live shot, and it’s visible in the gallery right away. From there, you can trim your live shot, or pick any still image from the live shot’s roll – just scroll the wheel in the center of the video, and choose the shot you like best. It’s a very neat feature, and an alternative to burst photos. Better yet, Camera MX lets you convert its live shots to GIFs, still images, or set a live shot as your Android live wallpaper – for free. You won’t be using it as your default camera for still photos, at least not on Samsung where the stock camera has better focus, yet the live shots are awesome. Besides, it has all those camera app’s perks you might be looking for – the funky filters, sharing, and such. You can adjust the image and video quality, and the overall settings are extensive, while there are plenty of modes. Give it a try, or read this detailed guide on how to take live photos with it.

I have no idea why the Z Camera does not put this feature in your face, but it has a dynamic photo feature, which is basically a live photo. In fact, Z Camera’s dynamic photo is longer than iPhone’s live photos, and it saves as mp4 file you can easily share with your desktop computer. Plenty of live effects you can apply directly as you film that live photo will liven up the scene. It’s fast, easy and works like magic. The only drawback is it does not capture sound. Other than that, however, it’s a neat camera app with many optimizations and filters, and a private gallery. We covered it in more detail here. 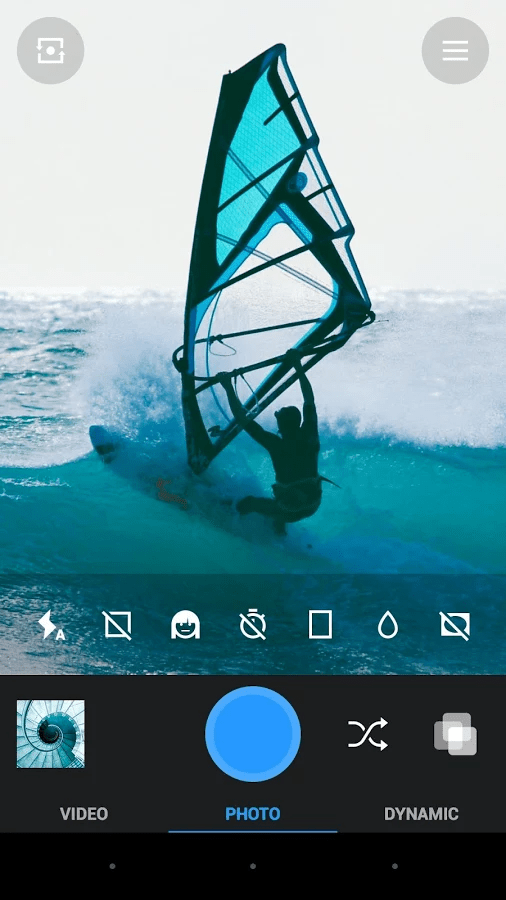 Fyuse is different, yet awesome. It lets you shoot live photos that include not only time, but also space. The trick is for the person holding the device to move the camera to include the scene from different angles. Press and hold the camera and let the viewfinder do its job as you show off where you are, or what you do. There are many modes like selfie, portrait, panorama, fashion, pets, cars and more. There are in-built tips, a flash toggle, and it works with both cameras. You can lock focus and exposure, apply filters, adjust brightness, sharpness, contrast and such.

Fyuse requires Android 4.4 and up, sensors and at least 720p camera. It’s also a social network platform, so you can create a profile and share your 3D shots with the community, find the trending shots in many categories, follow people – the regular social media buzz. Besides, you can share your creations via any other app of your choice, be it text, chat, email, or other social platforms. The concept is interesting, and the app is free.

Phogy is similar to the above-mentioned Fyuse, in the way that it lets you create spatial 3D live photos, and perhaps it’s one of the go-to apps if you are looking to replicate that coveted iOS functionality on your Android device. Tap and hold to film the scene, move your phone while filming, and the end result is a lively photo you can share, or set as your live wallpaper. The free version has a 3-second limitation while the premium version removes that cap, adding unlimited captures, the option to create short mp4 videos, GIF images, set your live photos as your live wallpapers, HD photos, exposure times and other goodies. You can make it a selfie or a welfie, share it via social networks or emails, make GIFs, apply filters, tweak the settings. All things considered, it’s a fun app to toy with, and it’s compatible with Android 4.0 devices, unlike many other apps that require newer OS versions. Nor does it require high-end hardware.

B612, whatever that means, lets you create 3 to 6 second videos complete with sound. It supports front and rear cameras, has many filters and remembers which filters you love the most. The collage feature let you create 3D compilations. Needless to say, the app lest you share the result on social networks, and provided it supports both cameras, who said selfies need to be its only use? You can make live photos with sound for other scenes as well. And it supports a Bluetooth selfie stick.

One of my favorite apps, 1 Second Everyday (review) does something better than creating short live snapshots of your life. It’s a long-time commitment, but if you walk that extra mile this app wants you to walk, you will get the result that may exceed your expectations. The app wants you to take a 1-second video every day for about a year. Then, it stitches your short videos together and the output is that – a 365-seconds long video that encompasses your entire life. You can tweak the app to your liking, and create shorter videos, of, say, a month or six months, it’s really up to you. 1 Second Everyday comes with an easy-to-use interface and gallery, and you can create several collections simultaneously. Say, you’re filming one collection of short videos of your daughter, another of your dog, one more of your project at work. It’s a neat idea and very well implemented. The app is free, so you’re losing nothing if you try it.

Sometimes, it’s the elephant that is hard to see because it’s been in the room for too long and kind of blended in with the interior. Vine, the Twitter-owned social network, lets you create short 6-second looping videos, the Vines. Tap and hold to record, edit your vines, apply stop motion effects and visual illusions, then share your Vines via the app’s network, Facebook, and Twitter.

Get it from APKMirror

Google Camera comes with a SmartBurst feature that creates GIFs on the go, but its availability is limited to the latest Nexus devices. We have yet to see wheter it will become available for older hardware or Android versions, alas.

Not all stock apps are bloatware, and Samsung’s TouchWiz has been ahead of stock Android in some nifty features. Its stock camera, for one, has animated mode, which captures GIFs complete with audio.

What’s your app of choice when it comes to creating live photos on Android? Share your app suggestions in the comments below, and don’t forget to follow PocketMeta on social networks for more apps roundups, guides and reviews.