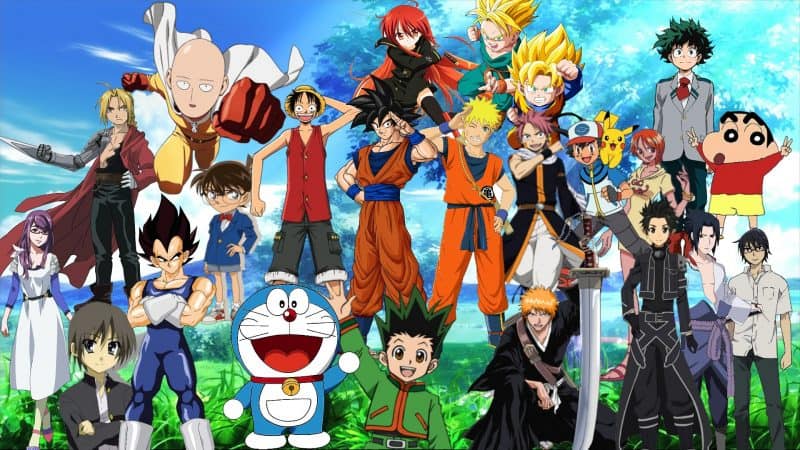 There are many anime apps on the market right now, unfortunately, a vast majority of them are outdated, have a very limited anime library or simply they are too slow to buffer your favorite anime shows. We decided to compile a list with the best anime streaming apps for your Android device, with a heavy emphasis on anime library size and streaming speed.

In short, an anime app is an application on your device that can stream anime from the Internet without the need to download any files. What’s also very important is that using an anime streaming app, you can watch anime legally while being offered a large library to choose from. Evidently, by going with an app, you can also bookmark what you want to see, create a watchlist and get updates for new anime series.

As we said earlier, our top picked apps have to offer a large library of anime, fast and smooth user experience and last but not least, come decently priced. That being said, here are the best apps for streaming anime on your Android device.

The best anime apps for Android

If you’re an anime fan you probably heard about Crunchyroll at some moment in time. The app comes with a huge anime library and the streaming service is very fast.

Crunchyroll comes with a very clean interface and its anime catalog is sorted by genre, popularity and release date. You can’t miss your favorite series even if you want to, the app will let you know about new releases via its notification system. The developers claim that currently, the app has over 25,000 anime series and while we didn’t count them, we kinda believe them.

You can add any anime series to “My queue” to watch later and you can see all the series you’ve watched on the account. The anime app works perfectly on any Android device, we’ve tried it on a tablet and a phone and it displays beautifully. The app is free but it comes with ads and has a shop inside of it. However, you can opt-in for the premium version which offers everything, no ads and instant access to anime series as they are released in Japan.

Lastly, if you’re a Manga fan, the app also has a library that you can enjoy reading.

Get Crunchyroll for Android

FunimationNow is our favorite anime streaming app so we’re a little biased here. They claim they have the biggest anime series library available and while it’s hard to argue with that, we simply couldn’t find any anime series that wasn’t on the platform. What’s more important is that FunimationNow dubbs the anime series very fast, as they’re released, which is one of the reasons why we love the app.

Another great feature of FunimationNow is the ability to download and save any anime videos on your device, for watching them when you don’t have access to an Internet connection. We abuse this feature a lot when we’re on the plane traveling or doing our daily commute.

If you’re eager to watch Attack on Titan, Death Parade, or Gintama full HD, dubbed or subbed, we strongly recommend giving it a try. Evidently, there’s no perfect app and you might encounter some player related problems from time to time but the devs are actively working and patching the app so you shouldn’t worry much.

Hulu is one of the most popular video streaming services in the US and while millions of users are using it daily, not many know the popular service also includes a considerable Anime library.

We can’t say much about the app itself other than it’s simple to use and has all the features you’d want from a top tier streaming app. You can watch tv shows, live news, sports, animation and evidently, what we care about most now, anime. The only downside to Hulu regarding its anime library is that some series are a bit inconsistent, you can find a season that isn’t dubbed which can become annoying if you try to binge-watch a full series.

Get Hulu for Android

This came as a surprise for us as well while we were researching for the article. While we didn’t do a full-on “watch a month” test for Netflix with regards to its anime library, we can say that the most popular streaming service in the world has a pretty decent anime collection.

We also discovered several anime Netflix originals on the list such as The Seven Deadly Sins and we were pleasantly surprised, to say the least. While Netflix’ anime library isn’t the biggest, we found a lot of series that we love here and from what we’ve heard, they intend on getting more and more. And while most episodes are subbed and dubbed, you can find some here and there that are missing one or the other. Overall, if you’re a Netflix subscriber, it’s definitely worth watching. If you plan on paying for Netflix just to watch anime, we recommend you first try other services first.

Get Netflix for Android

For those who don’t know, MyAnimeList.net is a website dedicated entirely to anime and it is one of the most popular anime resources on the Internet. You can keep track of most anime series available, read anime reviews, rate your favorite animes or discuss it with other users of the platform.

There are a bunch of MyAnimeList clients available for Android, we really like MALClient for its simplicity, interface, and smoothness.

While you can’t really watch anime using the app, it’s a valuable resource for finding new anime series or reading reviews before actually committing to watching an entire series. Look at it as an IMDB for anime, as it has most details about a show and you can see what others are saying about any given anime series.

As you can see, there are quite a few anime sources available for your Android device, some free, some with a price tag attached. What’s important is that we have alternatives and these are the best anime apps we can find in terms of anime library and performance. Evidently, we’ll keep the article updated if we find other anime apps worth mentioning.