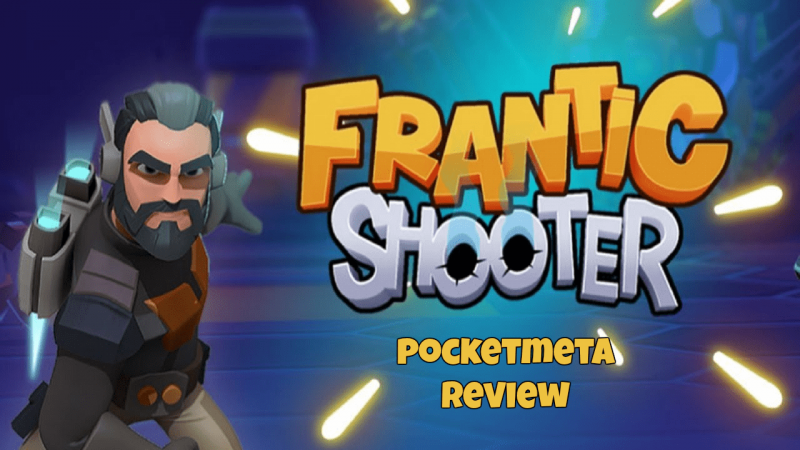 Frantic Shooter is a new shmup from BulkyPix, the developer of Math Hopper, Joe Dever’s Lone Wolf series, Spectrum, psychedelic Hyper Trip and TEC 3001, and snazzy Type: Rider alongside a few dozen other games. No wonder Frantic Shooter rose to the top of the charts when it launched. 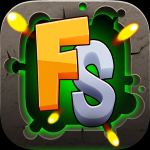 Frantic Shooter is free, ad-supported, fun and mindless shmup. It is bright, vivid and toxic, the way classic shmups are. Let’s see if its cover glam is enough to keep you playing for more than one night.

The controls are simple. You control your hero by touching and dragging anywhere on screen and your hero follows the direction. He or she moves in somewhat snake-like pattern, gliding across the surface of the grid rather than walking or running. They have the glider boots, you see. Very cool. You can make short and quick swipes to the corners and your hero will glide to the sides of the grid.

Overall, the control system is neat, and Frantic Shooter also supports gamepads. However, I find the touch system a little more demanding than I like. Mainly because I tend to get beyond the corners when I am not limited by on-screen joystick, and the entire screen becomes my control zone. Perhaps it’s fine on a smartphone, but the larger tablet screen tends to affect the speed of maneuvers noticeably.

Now, the aiming is automatic, like it or not. In a way, it can be a hassle when you can not explicitly prioritize a big target. However, once you get the hang of the flicks and swipes, you can target a specific enemy by moving around your hero. It is fun when it clicks, and in about five minutes of trial and error you will get the hang of the frantic mechanics.

Frantic Shooter has no levels, no progression as such. It works a little different. You start playing by selecting a character. There are 15 heroes, some you can unlock, others are locked behind IAPs. Notably, you can play them without paying. BulkyPix cleverly offers a way to try them in exchange for a short video ad. That way, you get to try different characters, more than you would if they were IAP only. A few select characters are locked behind the “share it on Facebook” wall. No go for me then. 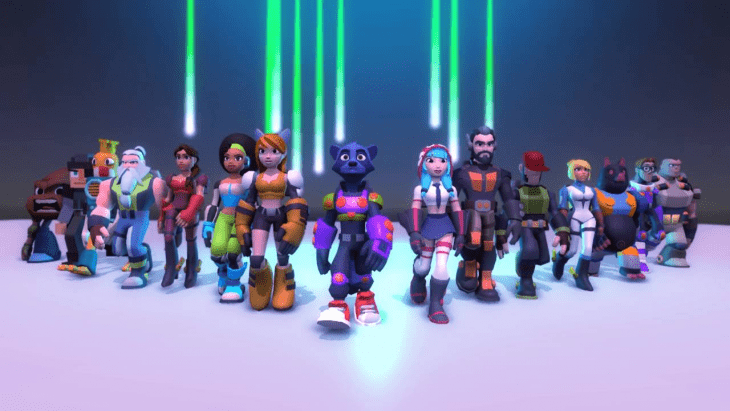 So, you select a character. Next step is you choose a weapon. They’re all machine guns with different barrels and effects, like triple bullets, or automatic aiming bullets, or fire bullets, etc. A basic weapon is always readily available. Everything else needs coins.

The weapon system is tricky, and not in the nice way. Say, you purchase a triple-bullet barrel for 350 coins. It will only be available during the next 2 hours. After that, you will need to buy it again. That way, there is no point buying different weapons just to try what they are.

All the progression is locked to a single session. You start playing, and as you shoot down your enemies, all sorts of space crooks, their dead bodies turn into coins and power-ups. The latter come in the form of weapon upgrades, shields and the like. So, the longer you play, the more upgraded your weapon becomes.

The enemies come in waves, followed by bosses. The longer you play, the stronger they get. Pretty fast, the screen turns into a dense web of lasers and fire, and survival is ephemeral. Your character also has a limited number of times they can take a shot, with some it’s 2 times only, with others it’s 4.

So, all your progress, the beefed up weapons and the coins and upgrades, is limited to that moment when you get shot to death. After that, a game will offer to continue the gameplay if you watch a video ad, pay in coins or choose to restart it. When you restart, you get back to point zero. No upgrades are saved, or transferred to the next session. Add on top of that the short expiry time of your spec weapon, and you get a pretty surprising and abrupt replayability flaw.

Once you realize you’ll be playing the same thing over again, with occasional bursts of high score, in short sessions, you realize you have seen it all within the first 30 minutes of the gameplay. Different characters add a little replay value just to see how they affect the gameplay. I don’t know if they’re visually appealing enough to keep playing just for the sake of seeing a funky space poop wield a machine gun – you decide.

The ad per item ratio is not bad, and even the expiry time of the purchased items is not that bad if you play. You earn coins pretty fast to be able to buy another fancy weapon. You can’t try all characters too fast, though. There seems to be a limit to the number of ads, bonus coins and trial characters you can take at a time. So, you will stick to it for a while to see all the characters in action, if that motivates you.

However, the controversy is obvious. Frantic Shooter gets many things right – the classic neck-breaking shmup action, random floor generation, gamepad support, the visuals and the sound score, the quick and fun gameplay sessions. But the lack of progress, and consequently the lack of depth, affects the replay value drastically. No levels or story, short-lived weapons, no upgrades you can keep – it all piles up once the novelty wears off.

And it’s a shame because Frantic Shooter can be a lot more than a short-lived time killer. From what I understand, the developers are listening to the user feedback, so an update might bring more interesting features. Overall, Frantic Shooter is a fun and entertaining time killer with a lot of potential. We recommend it to any fan of the shmup genre. You can’t get too much of those games, you know.