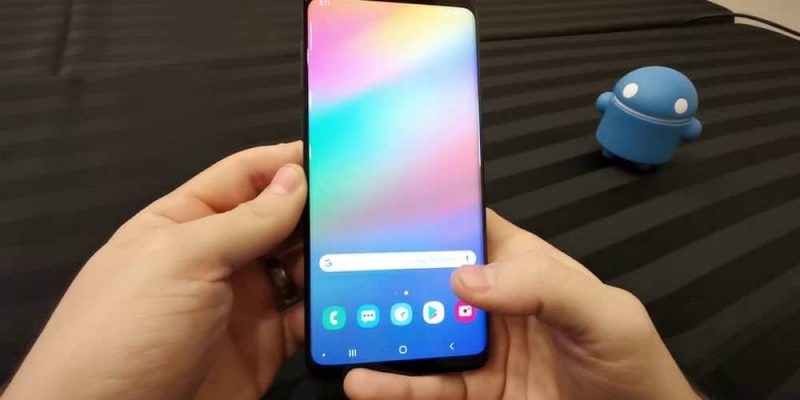 Android’s open-source architecture is one of the main reasons that made it so popular. While this provides unparalleled freedom for customization it’s not just for end-users as manufacturers also benefit. As a result, the same version of Android can look very different from one device to another depending on its make and model.

Samsung also has a customized UI layer known as One UI (formerly called Samsung Experience, and TouchWiz earlier) that many people don’t like. Nevertheless, it is possible to remove One UI from your Samsung smartphone, and there are several ways to do it.

Samsung’s custom interface has had many names: TouchWiz, Samsung Experience, Grace UI, and more recently, One UI. The latter version can be seen on recent Samsung devices such as Galaxy Note 9, Galaxy S10, S10 Plus, and S10e.

Regardless of its name, if you don’t enjoy Samsung’s custom UI, check out the methods below for changing it.

If your device is not rooted (and you’re not planning on taking this step), there’s still something you can do. Disabling Samsung apps will ensure they don’t receive updates and they won’t consume your internal memory either. However, keep in mind won’t be completely removed.

To begin, you can remove the shortcuts and widgets of Samsung apps but if you want to actually disable the app, that can only be done from Settings -> Applications -> Application manager. There, you simply need to find the app you want to disable and select it.

You can also disable the notifications, by toggling off the related feature.

While a stock app is disabled it will remain in a hibernation state. It won’t receive any updates and it will only occupy the same space as when it was first installed.

If your Samsung smartphone is not rooted, you can’t remove the Samsung UI but you can replace it with a different launcher. Luckily, Android launchers abound so there are plenty to choose from!

Among the most popular you will find Nova, Apex, and Microsoft Launcher. Even so, if you love the Material Design look and you’d like a clean layout we recommend Pixel Launcher (formerly Google Now Launcher).

Installing a new launcher will let you change how the desktop and icons look. Simply browse the Google Play Store to find one you like, and download it like any other app.

The first time you open your new launcher you’ll be prompted to select which launcher you’d like to use. Select the new one and click on “always” to make it the default launcher.

You can easily revert to One UI (TouchWiz, or any other Samsung UI), from Settings -> Default Apps -> Home Screen. There, select your launcher and click on the home button.

The only way to completely get rid of Samsung’s UI from your smartphone is to root it. This means you will need to flash your device with a new ROM. Keep in mind this will void your warranty as it sets the Knox counter to zero.

Odin is one of the best apps you can use to flash a Samsung device. Head over to their official website for the complete instructions on how to use it. There’s also a mobile version of Odin which doesn’t require using a PC. You can find it along with usage instructions in this XDA Developers thread.

You will also need a custom recovery and to install a new ROM from it. It’s also worth mentioning that some ROMs are pre-rooted by default, while for others it is optional.

TWRP is the most popular custom recovery for Samsung. You will need to know your exact phone model to install it. Head over to the official page to see all the devices supported by TWRP and download the correct version for your phone. It’s also possible to install the recovery with Odin, in which case a .tar file.

Once the custom recovery is complete, you can research existing ROMs without any Samsung UIs. There are plenty of ROMs based on stock Android (AOSP) which you can try and you can find them in the XDA Forum. Nevertheless, we recommend you choose a ROM that still receives updates and has positive user feedback which you can check in the thread comments. If you’re unable to decide on a ROM we recommend Lineage OS as an excellent option to start with.