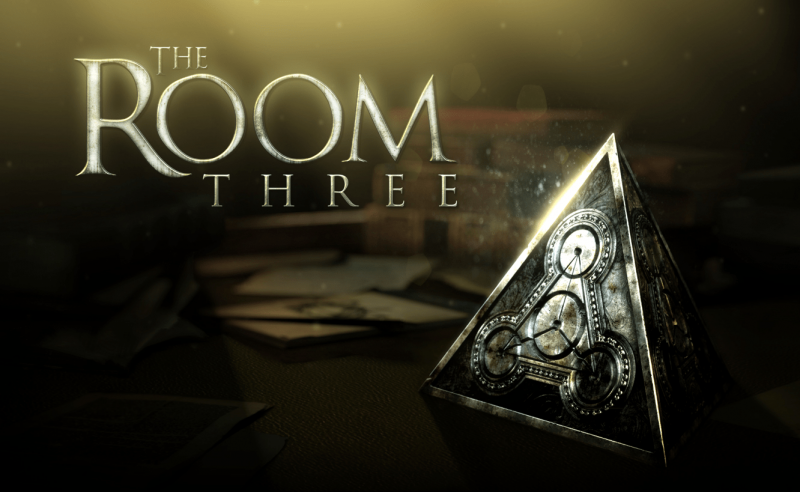 If you’re around 30+, you must remember 1987’s Hellraiser series of horror movies, where demonic creatures Cenobites from the sadomasochistic hell come out of their domain using ancient looking gizmo like a box that transforms its shape with multiple protruding and shifting parts with nefarious symbols on them. The Lemarchand’s Box. That was the creepiest movie ever when I first watched it at an early age – my parents were progressive, you see.

The Room Three is a mix of Hellraiser, Inception, Saw, Game of Thrones and Alice in the Wonderland. Inception, if you remember, had its heroes diving deeper and deeper into the layers of the human dreams, with each dive leading ultimately into the limbo, a state where they no longer realized they were in a dream. They could get lost in it forever.

Well, Room Three is a multilayered trap. A hellish contraption worthy of Jigsaw John Kramer himself. Each has a room inside a room so small you can’t fit in unless you become Alice. Only instead of eating mushrooms, you use a special lens. Besides opening the gateway to the inner dimensions, the lens also lets you see the invisible things written or painted or made with that substance called the Null. 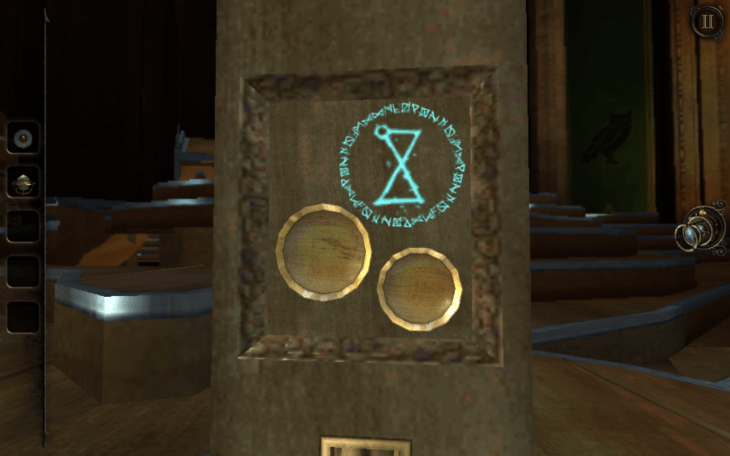 Irrespective of whether you played the previous two games in the series, or not, you probably still don’t have a clue as to what Null is, or who Craftsman is. Theoretically, Craftsman discovered a substance that makes space and time travel possible but tends to drive crazy those who have been exposed to it for too long. So, the ephemeral Craftsman lures you, the silent player, into his dominion to finish the path he failed to finish because he got totally nuts. You never see him; he communicates by leaving handwritten letters all over the place. Throughout the game, you feel he’s lying to you. You know he’s manipulating you, but you have no choice other than to solve all the mysteries to try and find a way out from the nightmarish trap.

The Room games have managed to create the tension and the atmosphere of cold sweat-inducing fear without ever throwing a monster in your face. A black crow would be the scariest creature, and yet, a pair of golden ballerinas look incredibly menacing under the circumstances. And each new box, pyramid, and structure add to the feeling like you’re diving deeper into the limbo. Only it’s a nightmarish realm, not a dream. The invisible presence of someone or something watching you, manipulating you, anxiously waiting for you to succeed where he failed keeps you tense throughout the entire game. And you feel you won’t be the one to take the prize – you’re merely a disposable mouse meant to disable a trap so that someone else can grab the cheese. The developers did not change the gameplay formula, which is right. Don’t fix it if it ain’t broken. The interactivity is delightful in Room Three, and most intuitive. Some puzzles require you to use both hands, like the one with the rotating magnets. Some have a familiar Monument Valley-ish or Shadowmatic feel to them, where you have to find a specific angle in a structure to solve the riddle. The impossible architecture and optic illusion apply to some, and you’ll be glad you played Monument Valley and are able to recognize an illusion when you see it. 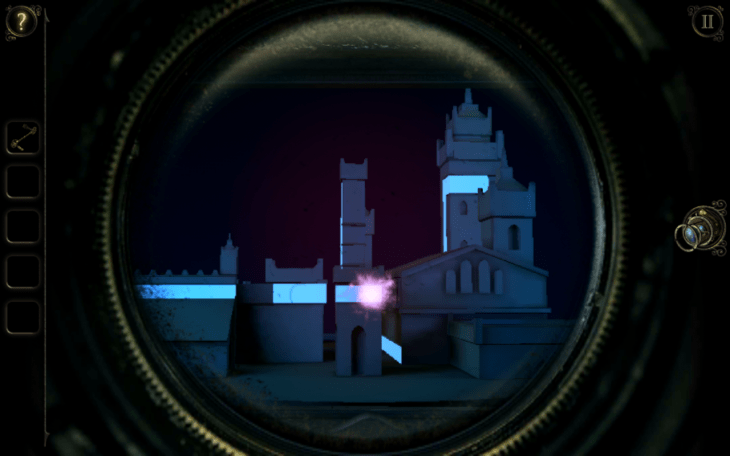 Some puzzles remind of the opening scene of the Game of Thrones TV show, and I am loving the reference. The map that emerges from a table has a series of buildings you will dive in and out of, and take you to the next level eventually. Some puzzles will make you dive three dimensions inside to solve them, and that’s where I felt my hair moving. No wonder Craftsman went crazy. 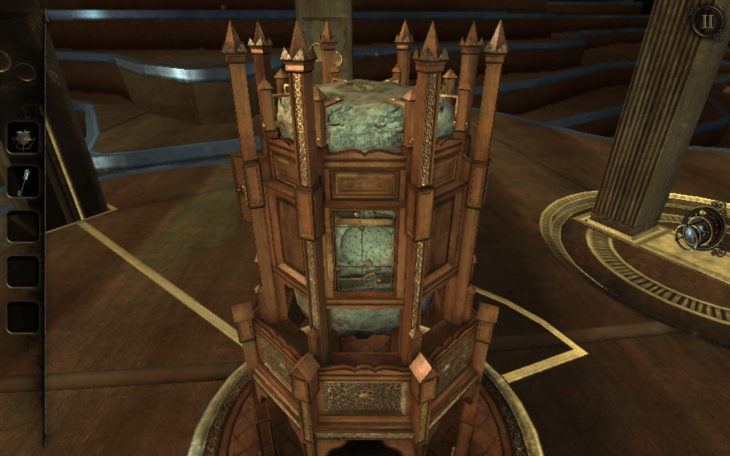 The game is difficult, yet it has a neat system of Hints that open up after a while. Even so, Room Three is not patronizing. It waits for you to take the time and look around, and the hints are inconspicuous under the question mark.

After the main story levels are over, you still have three extra rooms with alternative endings to explore. These are the most difficult and the most satisfying climax-wise. Still, the game follows the tradition of its predecessors – it leaves you wanting more. Which makes me think we will see the fourth game in the series. 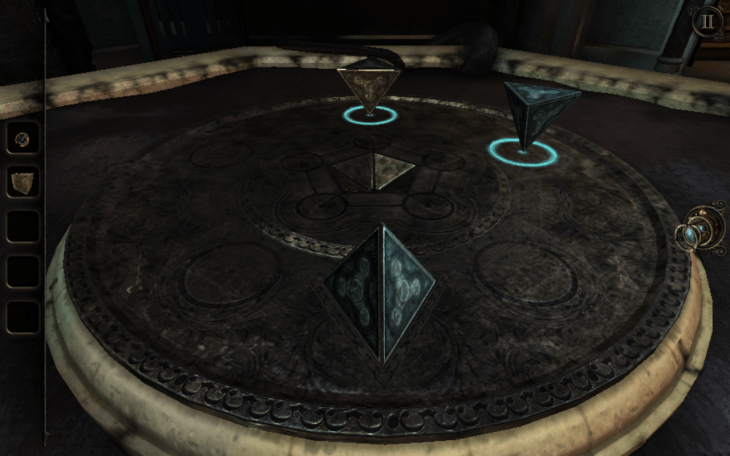 Some argue the play time is short. Not the case for me. Roughly, you could estimate it at 7-8 hours, but it largely depends on how fast you proceed. I take my time and try to avoid it at night. One, because it’s spooky. Two, because it sucks you in, and you may as well say farewell to the good night’s sleep. 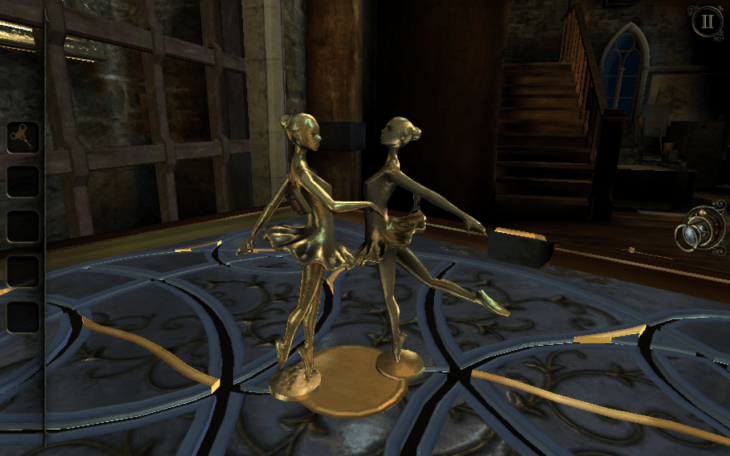 As far as artwork is considered, The Room Three is an atmospheric masterpiece. Each item looks intensely realistic. Complete with crisp sound effects and real world physics, they create an incredibly immersing spectacle and experience, all in one. The music is worth a standalone say. Unlike many other games in the horror genre, The Room Three OST is not creepy in itself. It does not have the explicit jump-scare effect in it. Instead, the classy, cool retro tune highlights the invisible presence of something evil in an intricate, sophisticated manner. The smooth performance further complements the virtues of the game, and you might be surprised it does not drain the battery. Perhaps the only nag I noticed here and there is how easy it is to rotate the camera when you mean to interact with the puzzle itself. If you have big goofy fingers, you will know what I mean. Other than that, The Room Three is a perfection.

If you want a new puzzle, The Room Three is the best choice, irrespective of whether you played the previous two games or not. Some say you should play them to understand the third game better, but I don’t see that as a pre-requisite of a quality entertainment in this case. Polished, intelligent, atmospheric, sinister and mysterious, The Room Three is a wonderful cerebral workout and a haunting adventure. It manages to be intensely creepy without any gore whatsoever. A Fabergé egg of mobile gaming, The Room Three is absolutely superb.