No Video
ProgDVB is a universal application for watching digital television and radio channels from any source including satellite, cable and on-the-air TV, Internet and others.

ProgDVB supports a wide array of data sources such as Internet TV and Radio with a list of more than 4000 channels, DVB-S (satellite), DVB-S2, DVB-C (cable), DVB-T, ATSC, IDSB-T, IPTV, analog TV and includes functions that will enable you to search, play and record YouTube videos and play videos stored on your computer.

- Support for HDTV is enabled including H.264/AVC.
- Built-in functions for Picture-inPicture and simultaneous recording/playback or multiple channels from one or more devices.
- Contains a channel preview gallery.
- Supports most DVB, IDSB-T and ATSC devices, including DiSEqC and CAM interfaces.
- Support is enables for all digital TV audio formats such as MPEG, AC3, AAC and others.
- Time shifting function.
- 10 bands equalizer.
- Allows you to record TV and Radio channels.
- Supports playback of files from hardware storage devices.
- Contains an Electronic program guide from Digital TV, XmlTV and JTV.
- Teletext function is provided.
- Subtitle (text, image-based and closed captions).
- Support is enabled for VR, VMR7, VMR9 and EVR renderers including OSD (except VR), independent from channel type or signal presence.
- Network broadcasting is supported.
- Multiple skins are provided for both OSD and GUI.
- Works on both 32 and 64-bit versions of Windows.
- Interface language localizations.

A simple yet capable tool for making prototype webpages faster and easier
9 / 2,514

Listen and record your favorite radio stations with this lightweight tool
5 / 1,375

Broadcast live TV streams from your computer with some help from this handy and efficient application
21 / 2,685 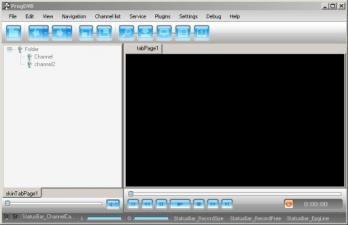