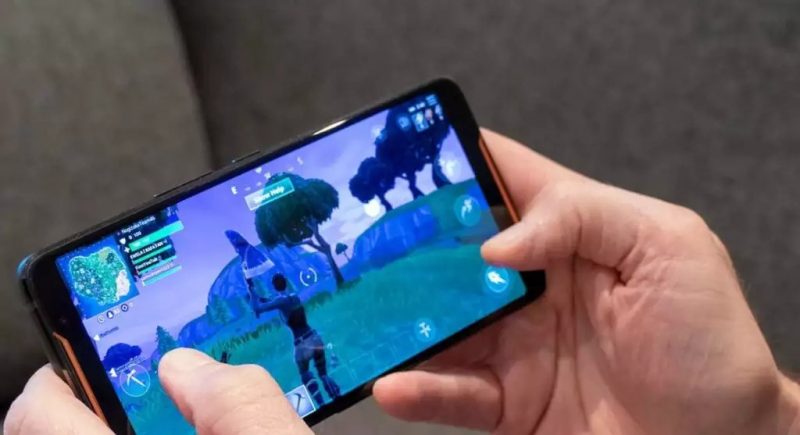 There are launchers that can organize your mobile games within a centralized app or folder, while there are also performance boosters that will ensure that your system will be in its optimum condition for an excellent gaming experience. You don’t have to pick among the two functions to manage your mobile games. A good game launcher combines both organizing and optimizing functions to help you get the best gaming experience.

With that, here are the best mobile game launchers for Android today.

By default, if you’re using an Android device, Google Play Games works as a primary game launcher. Being developed by Google, its Google app integrations make it easy for users to access and link their accounts.

Thanks to its instant play feature, you can easily play full games from Google play without installing it. Just look for the Instant Play button. It also gives access to built-in Google games like the classic solitaire and snake even when you’re offline.

Also: How to Hide Apps on Your Android Device

GooglePlay Games allows users to build a gamer profile with a custom gamer ID and save progress automatically on their accounts. It also features a gameplay recording function for capturing and sharing your best gameplays. However, take note that the app does not integrate with Twitch and currently, it does not support internal audio recording.

If you have primary concerns with low RAM and you’re looking for a simple solution, the PA Mobile Game Launcher – Tuner for Boosting Performance can be the app that might just help you.  It helps clean up apps discretely running in the background to resolve your low RAM issues and let you play smoothly.

PA Mobile’s Game Launcher Tuner helps manage your games easily too. It can be a very simple, straightforward app but can help boost the phone performance, even for playing heavy games like MOBA e-sports, shooter games, PUBG, and more.

Take note that the app is as simple as it is. It is easy to use and requires very minimal setup, but on the flip side, it may lack features like screen recording and customization and also includes ads.  But if you simply want to boost your Android phone’s RAM to play smoothly, PA Mobile’s got you with that.

For those who look after great sleek game app management and organization as their number priority,  Ofir Miron Games Launcher – Booster & Screen Recorder works wonders. It allows users to customize their game library and sort apps by most-played. With its drag-and-drop function, you can easily rearrange apps to your liking.

The app’s appearance can also be customized as you can change the accent colors and has light and dark themes/modes.  It also efficiently frees up memory and kills unused apps running in the background and allows users to quickly uninstall games they want to.

Ofir Miron’s offering features a screen recorder for gamers to easily share their gameplay on social media or other platforms.

One of the pioneering game booster apps, BGN Mobi Game Booster – Play Games Faster & Smoother, is still among the best ones you can try. Its quick boost feature optimizes your device’s overall performance including your CPU and RAM.

For its GameBooster modes, which require rooting, the BGN Mobi Game Booster app promises to let you play lag-free as it helps increase benchmark scores. It also has an FPS Monitor for checking on your device’s performance.

If you’re looking for a launcher that delivers extra focus on boosting your device’s performance, the G19 Mobile Game Booster 4x might work great for you. It features a one-touch system booster and auto-gaming mode that optimizes your gaming experience, specifically when you launch a game.

Its Game Turbo function applies a RAM-free tweak on your device and utilizes AI for optimizing your phone even. It helps boost your device, especially for heavy gaming. G19’s Game Booster also has a GFX (graphic effects) tool that changes the resolution of the game to 1080  in HDR even for low-end devices.

Additionally, the app has a HUD Monitor for storage and network optimization and a Zero Lag Mode that offers advanced optimization features for your device’s performance.  The G19 Mobile Game Booster 4x helps you launch and boost your game quickly with all these customizable options to get you playing like a pro.

The N Apps Studio Game Booster – SpeedUp & Livestream Games is another multi-functional game launcher and system booster app that has great features for those who stream their games live. It has YouTube and Twitch integrations that let users share their game real-time while ensuring that their device is in optimum performance.

It features a Game Mode, which you can turn on or off, and allows users to customize brightness and data settings. It also has a custom Boost Mode, where you can personalize the mode and settings for each game that you play. You can adjust the settings like Bluetooth, brightness, screen rotation, and sounds for every mode, which will be activated when you launch the game it is assigned to.

The N App Studio Game Booster also has great GFX tools you can use to stream with the best video quality. It also has a screen recording function, allowing users to share their gameplay on social media easily. The Game Booster app is free but is supported by apps.

From the lightest, most basic launcher apps to the most feature-packed, these are the most functional and reliable game launchers you should really give a try. You should opt for the ones that can support your device as well as your gaming styles and preferences.

If you play light, casual games, go for the ones that will not be that heavy for your device as well. But if you’re into heavy gaming, and even streaming, use a game launcher that has the right features to give you the best experience and play without a fuss.