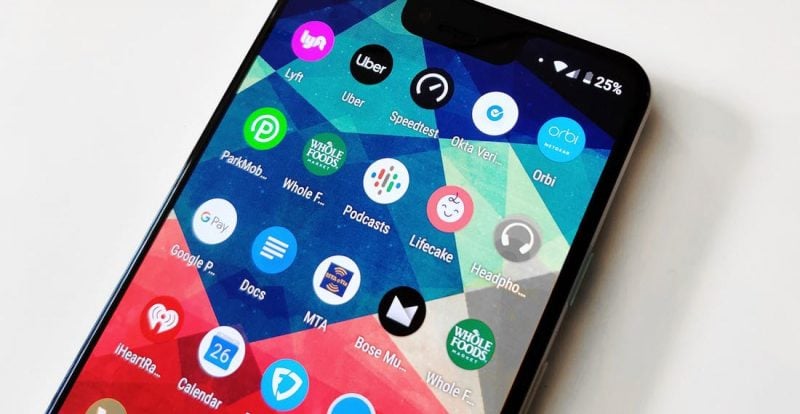 Sometimes, there are apps in your App drawer that you just rarely use but want to keep. For other instances, you want to hide your Android apps from your home screen or keep private for security concerns.

There are plenty of methods on how you can declutter your phone and hide all the apps that you don’t want to see on your screen or simply keep them safe and inaccessible from anyone lurking on your phone.

How to hide your Android apps

Some Android phones, depending on the brand, may have a default function to hide apps and keep them from showing without uninstalling them. So might want to explore your phone a bit, especially your App drawers or go to Settings>Apps.

For instance, if you happen to be a Samsung smartphone user, then this method can apply to your needs. Simply open Settings and look for the “Home screen settings”.

You can type it in the search bar to easily locate it. Once you tap on the Home Screen Setting, find the Hide Apps option, open it, and choose which apps to hide from the home screen and app drawer. Then you’re done.

Another option you can try is to disable the apps that you don’t want to see. This applies for built-in apps that can’t be uninstalled from your phone but you don’t really want to use.

To do this, just go to your phone’s Settings and tap on the Apps menu. Choose a built-in app, and tap on it. You’ll find details about the app as well as options to Force Stop and Disable it.

So just choose Disable, confirm it and you’re done.

You can simply repeat the procedure to enable the app when you need it.

Otherwise, you can try the methods below as an alternative to hiding your apps.

One easy fix for having a feature to hide or show apps on your home screen or app drawer is to use launchers. Launchers are apps that let you customize your Android phone’s appearance and interface.

Some of the reliable launchers you can use are the following:

To take advantage of its powerful drawer customization, first, install the Apex Launcher from Google Play and set it as your phone’s default launcher.

Find the Launcher Settings and tap on the Drawer Setting.

From there, tap on the Hidden Apps and Select the apps that you want to hide from the list. Confirm your selection and you can then exit to check if the changes took effect on your home screen.

Another fully customizable launcher is the Nova Launcher which you can also get from Google play.

You can set the launcher as your phone’s default and start customizing.

Swipe up to open the app drawer, long-press on the app you want to edit, then select Edit.

You can rename the app to make it discrete. To get the feature for hiding apps, you need to get the paid version for the Nova Launcher.

If you’re not into customizing your phone’s interface, you can opt for apps specifically intended for hiding other apps.

Here are some suggested apps available on Google Play:

Living up to its name, Hide App can help you make those unnecessary apps disappear from your phone screen without uninstalling it.

You can simply get Hide App on Google Play, install it on your phone, open it, and start selecting the apps that you want to hide.

The app is totally free and supports PIN lock as well as back-up and restore allowing you to instantly find all your apps on your App drawer once you uninstalled it.

Another popular app for hiding app icons from your home screen is the App Hider. Its feature really works well for camouflaging as it can display itself as a Calculator Icon on your phone.

Once you have App Hider on your phone, you should first, import the apps you want to hide into it.

To make sure the clone is working well, launch the cloned app in the app hider. Afterward, you can uninstall the origin app from your device.

The App Hider’s display itself into a Calculator to protect your privacy. It can function as a real working Calculator app but if you input the right password into the calculator that is when you can open the concealed app.

More so, if you don’t really need to hide the app icon from anyone but just want to keep it private, you can also use apps for locking your apps.

Some launchers have this feature including Apex Launcher as well as Smart Launcher 5. But you can also use other apps lockers like AppLocker by BGNmobi, Perfect AppLock and AppLock by SpSoft that you can simply install and use to encrypt your apps with PIN or passwords.