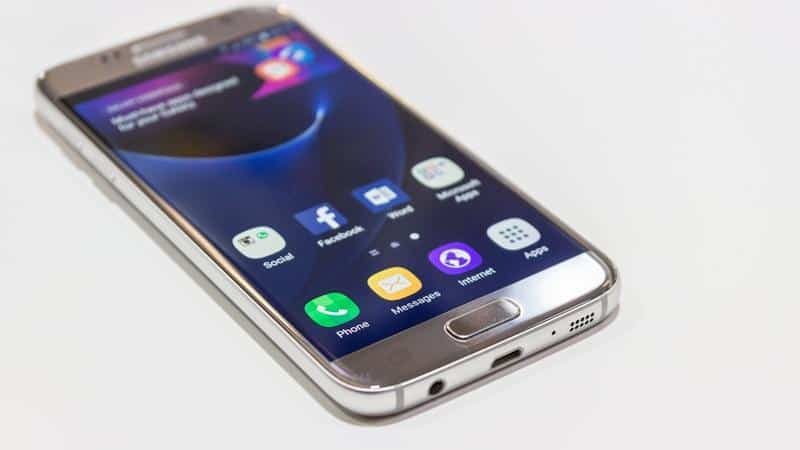 It’s always super exciting to find hidden features of Android, and one of the latest is in fact related to a hidden DPI scaling setting available on Samsung’s TouchWiz interface. It looks like you can enable the hidden ‘Condensed’ display mode on Samsung Galaxy S7 and S7 Edge using an interesting workaround.

The option is also available for Samsung Galaxy S6, although the latter model needs to be updated to Android Marshmallow for this to work. The trick was discovered by an XDA-Developer member and here’s what it’s all about.

While many of the latest smartphones running Android have screens with high resolutions it seems the UI doesn’t adjust itself to allow for more content on the display. A feature known as DPI scaling makes it possible, as Android device manufacturers use it to scale up various interface elements to provide consistency across a large number of resolutions and display sizes.

Most people have no need to scale down interface elements, enthusiasts, and advanced users, in general, might find this option extremely useful. For owners of the latest Samsung Galaxy S7 and S7 Edge handsets, it seems this is now possible, and, more importantly, there’s no need to root the device in order to use it.

Android N’s first preview that was made public a few weeks back comes with a native function that lets you tweak the DPI scaling. As you can see, even Google has acknowledged the need for such a feature and plans to make it available in the next major update of Android.

Daniel Marchena, an XDA-Developer member was tinkering with Nova Launcher’s experimental Android-activity exploring widget when he found that TouchWiz on Samsung Galaxy S7 devices includes an activity by the name of DisplayScalingActivity related to the settings.

It appears that launching this activity provides the option to enable the hidden ‘Condensed’ display mode on Samsung Galaxy S7 which allows for more UI elements to fit on the screen.

Note: You can return to your old launcher after you activate the Condensed mode. 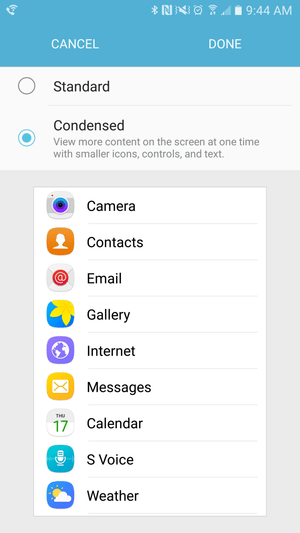