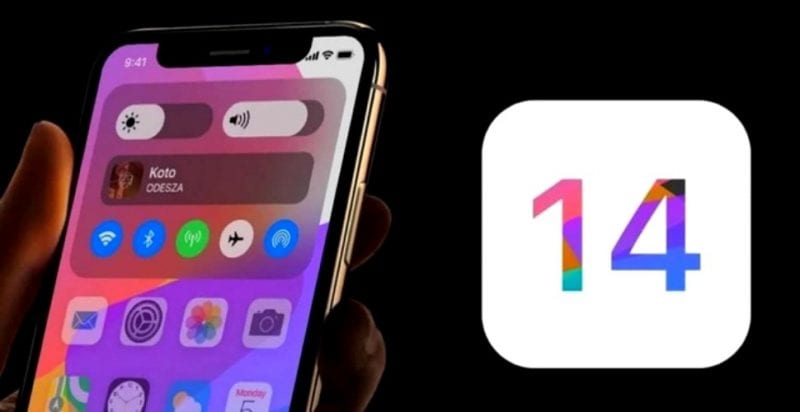 Apple just recently hosted their WWDC developer conference online, where we got to check out all the new features coming with iOS 14, iPad OS 14, and WatchOS, among other news.

Apple now has its very own translation app. This app comes with conversation mode which allows two people to speak into their iPhones, detect the languages they have both spoken in and provide a translation for both parties.

The iOS 14 comes with a new and better app organizing system, which will enable your device to automatically sort all applications into an easily accessible group format. This comes in handy as it enables you to prioritize all essential apps on your home screen while the others are sorted in the library. This is similar to Android app drawers, helping you better organizing your apps and screen.

Worth Reading: The best iPhone apps for 2020

With this feature, you can keep tabs and follow flagged messages by pinning them to the top of the iMessages app, so you can easily tap and jump back to continue your conversation.

Participants of iMessage group chats are also enabled to use customized images or avatars. These images will appear around the group image indicating the order in which messages were sent. Mentions are also a thing now, allowing you to tag any conversation participant, similar to other popular chat apps.

The Picture-in-picture feature allows you to watch a video, then minimizing it as a floating window while you carry on with other tasks. You can move the window off-screen in case you need to use the entire screen as the audio continues in the background. Although this feature is not new to iPads, the new iOS 14 brings it for the iPhones as well.

Navigation on Apple maps for cycling

iOS 14 brings with the newly added turn-by-turn navigation feature for cycling on the Apple Maps. This function is quite similar to Google maps, giving you the option of choosing from multiple routes, checking elevations, distance, and dedicated bike lanes.

From the WWDC keystone online conference, it was hinted that Apple would allow third-party apps to be set as defaults. Since Apple tends to keep a strong leash on apps, at the moment only email and browser apps could also be set to default.

The new update has been designed to give users the freedom to pull Widgets out of their Galleries and place them anywhere on the home screen as desired. You can customize widget sizes, positions, and even stack widgets on top of each other to cycle during the day. For example, you can have a map widget stacked with a weather widget that will display both, at given times. Apple calls this a “Smart Stack” and it will come with the new iOS.

Updates for the iPad in iOS 14

Over the years the iPad OS has undergone major changes making it an operating system in itself. Apart from the inclusion of touchpad and mouse support a while ago, Apple has added more significant features, making the iPad a very powerful and versatile device.

A similar concept of what was done on Siri and Incoming call tabs has been added to the Search tab. The feature greatly improved the search, allowing faster times and a better workflow.

Just like the Siri app, the incoming call tab will no longer occupy the full screen but only a small section on the screen at the top where we’ll be able to Accept or Reject calls without messing with the currently active app.

Smart App Clips act like extensions to apps, allowing you to run a simplified or specific app feature without downloading the full app. This is aimed primarily to aid with data costs when downloading apps on cellular data plans. The example given was for a scooter company, instead of downloading the full app, iOS allowed for installing an app clip that lets you pay your scooter rental in a couple of seconds.

This new feature in iOS 14 is called Scribble and it allows you hand-write in boxes instead of typing, a feature asked for many years now. The feature will automatically transform your handwriting into text, using advanced OCR. It even lets you draw shapes and convert them to images while also keeping their color and size.

Apple has announced they will include a sleep tracker as an update to their smartwatch series. Though not much information was disclosed, you should be able to monitor your sleep patterns with ease.

Worth Reading: How to find your lost iPhone, iPad, Airbuds or Apple Watch

This is rather just a renaming or rebranding if you will of the Activity app, as Fitness tends to better communicate the app’s purpose to users.

Now that hand washing has been made a rather necessary routine, this feature detects when we start washing our hands by starting a countdown timer and letting us know if we washed our hands too soon or if we’re done.

The CarPlay is getting several small changes that will enable you to change its wallpaper but also added several options such as parking locator, order food, or find an electric vehicle charging station.

Apple’s latest update will enable AirPods paired with your Apple devices to switch between one or the other if in use. For instance, while making use of your iPad, if you get a call on or you just want to use your iPhone, picking it up will automatically switch the AirPods connectivity to the iPhone.

There are several other features that might be added to the new iOS, such as allowing your iPhone to open and start you can, a feature that’s currently being worked on in partnership with BMW and will work on selected models.