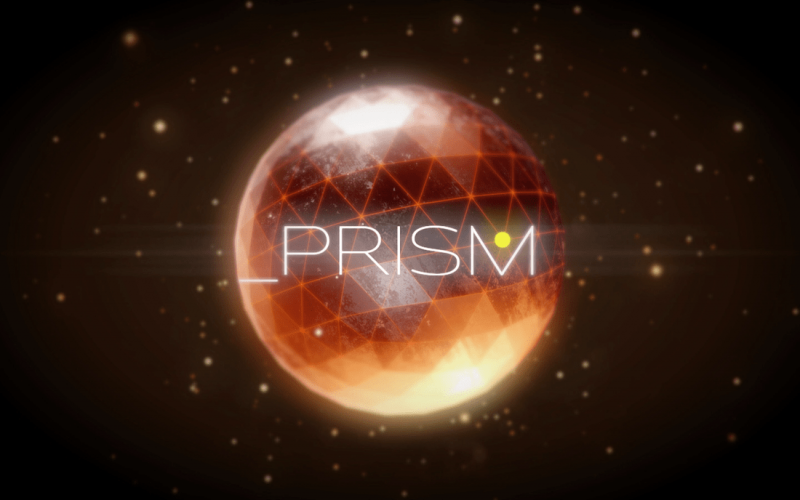 _PRISM is the kind of puzzle game that should come pre-installed as a demo on high end devices that are capable of rendering all the visual grandeur their hardware is capable of handling. It’s so beautiful I am making screenshots into wallpapers on my device. It’s also very relaxing, atmospheric and soothing. If you are on the fence about _PRISM, we have outlined a brief review for you to see whether it’s your cup of tea.

Ambiance is the first thing that captivates about _PRISM. I like my puzzles relaxed. I like when they give me all the time in the world to toy with pretty things. That’s exactly what _PRISM is about.

_PRISM takes you to a different world, another dimension, another universe. Its other-worldliness is its prime virtue. No wonder it got me enchanted. 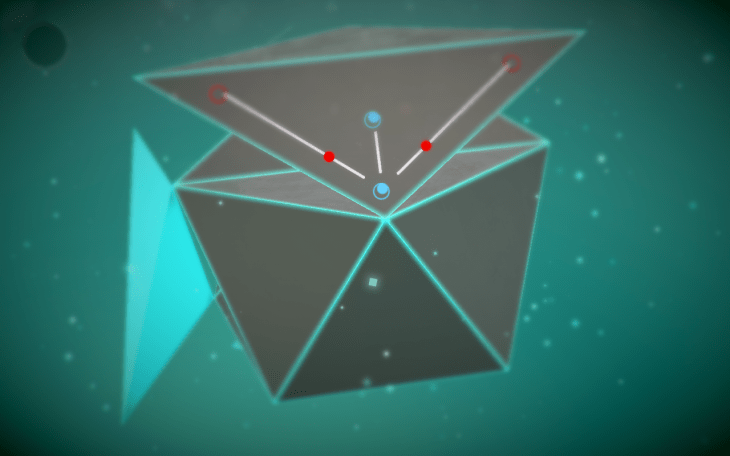 There are no words in _PRISM. Zero explanation. No story as such. You just go there, into a universe inhabited by conglomerates of geometric shapes that somehow feel sentient. They feel like the stars, ancient and intelligent, with their planets and satellites.

Each system is like a level, or a chapter, with a central shape and a few periphery ones. You begin by solving the puzzles in the peripheral systems, and as you untangle them, the central shape comes to life. Which is a beautiful, awe-inspiring spectacle. It’s like waking up of a Super Nova. The ambiance and the shapes also reminded me of Oblivion, where the invader’s ship was of a geometric shape, floating in space. 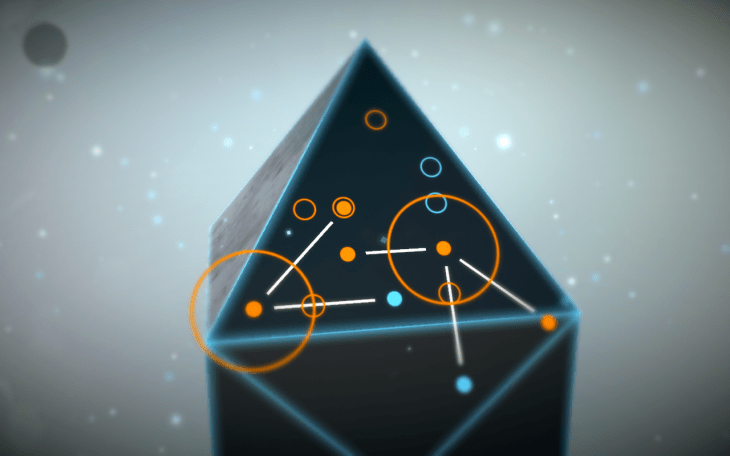 The puzzles in _PRISM aren’t overly difficult. In fact, the first dozen or so are so simple you won’t make guesses, but just solve them in a row. Later on, more complex mechanics are introduced, but ultimately, the difficulty is very accessible.

The mechanic of _PRISM is quite straightforward – align a series of dots and lines with the imprint on a surface, or rotate and align, or re-assemble and align.

A puzzle is usually a geometric shape, with the mini-puzzles illuminating its surface panels one by one. Once you solve the puzzles of all panels, the shape offers a new trigger that would open it into a more complex gizmo.

It’s like Rubik’s Cube and a Lenormand’s Box, but without the sinister part that was present in The Room series of games. And without a story and a protagonist. If anything, _PRISM is more about experience rather than anything else. 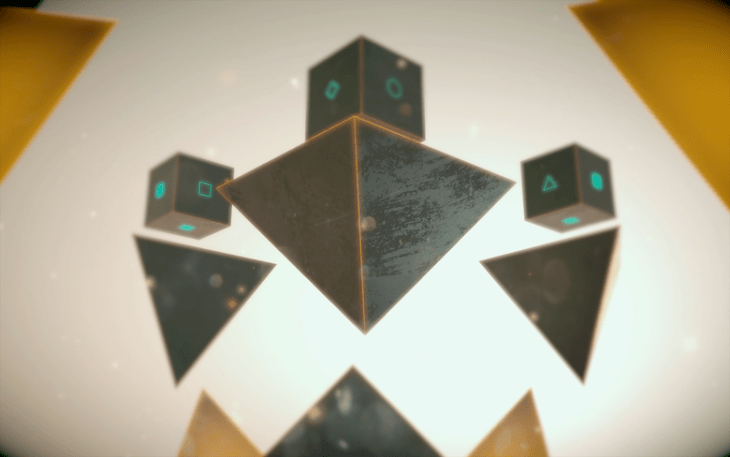 In fact, _PRISM’s take on multi-touch is wonderful. Some pieces need rotating, and you have to be using two fingers as if you were rotating an old-fashioned wheel of a clock to adjust the hands. And quite a minuscule wheel, I must say. _PRISM is better played on a tablet than a smartphone. Even though doable, the rotation mechanic is best achieved and enjoyed on a larger screen. 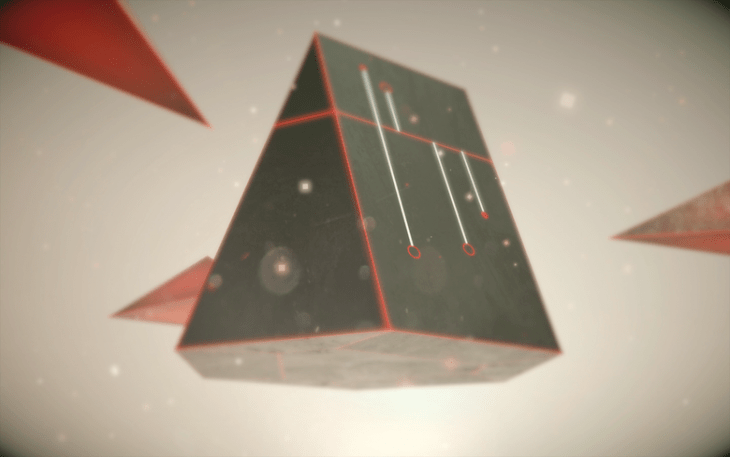 The entire gameplay time is estimated at about 1 hour. Think of it as of Monument Valley or Prune, or an older Osmos HD. Those games have a debatable replay value, but a unique ambiance and design that made them top of the crop among their peers. _PRISM is a safe recommendation if you appreciate such kind of games – thoughtful, relaxing, more unique and unusual than challenging.

If you like your puzzles hardcore, punishing and unnerving, _PRISM is not it. I am seeing a few reviews of disappointed players, and a ton of praise. The anticipation and expectation is to blame. Hence, bear in mind this game is not like The Room in a way that it has no coherent story, nor is it tense or eerie. Its only resemblance is the geometry, but don’t expect to meet aliens to tickle your nerves. 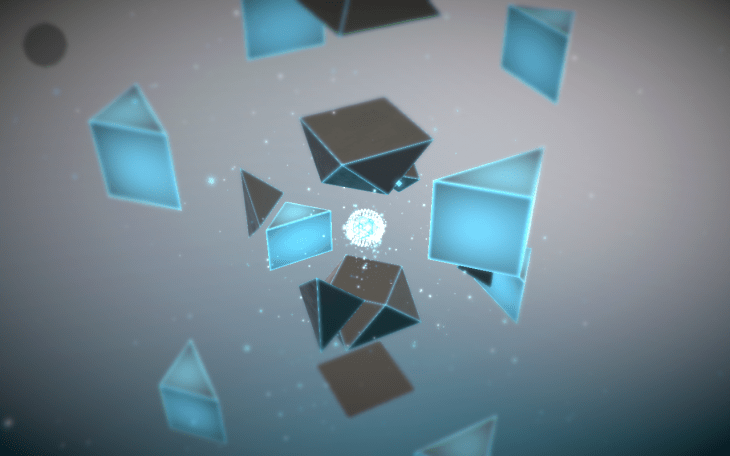 At the same time, the abstract puzzles and their conglomerates manage to create a coherent gameplay. Achievable in a short amount of time, these puzzles make for a wonderful getaway from the mundane. 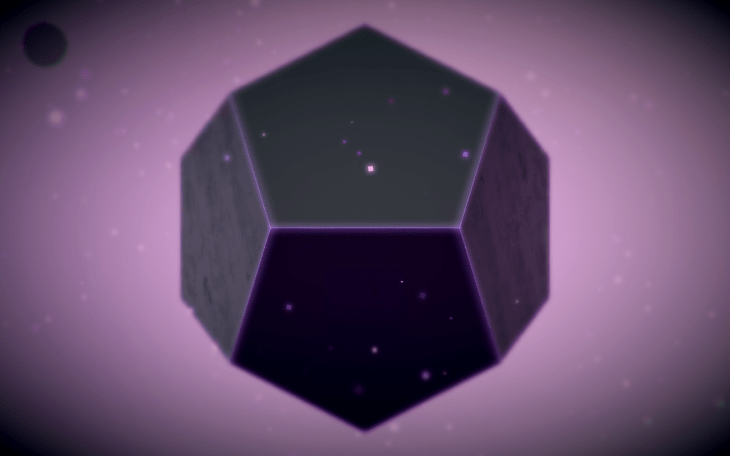 There are no IAPs, ads, or timers. The $2.99 price tag does seem a bit on the high end for a short game, but the quality, high-end graphics deserve it. The play store does have a flag with the “offers in-app purchases,” but there are none in the game at the moment. Nor is there a listing of the prices. My guess is either we’re looking toward paid expansions, like in Monument Valley, or it’s a mistake. Whichever it is, I am all in with the paid expansions.

Performance tends to vary with different devices. I would not want to play it on a smaller screen due to the rotation mechanic requiring precision, but it’s still achievable. The larger screen seems like a perfect home for the visual supremacy of _PRISM. On the other hand, I have heard some iPad Air users complaining about the performance, but my dated Samsung Galaxy Tab 3 handles the game pretty well. It just heats and drains battery, but no stutters or lags whatsoever. 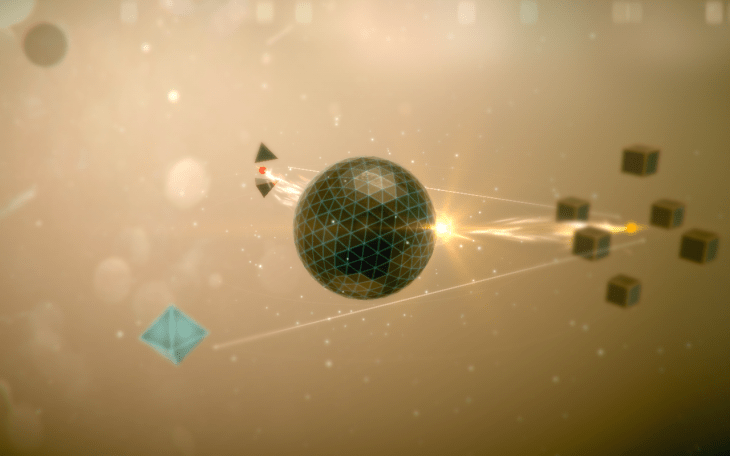 Finally, _PRISM is a work of a single developer, Clint Siu. Sweden just ranked 1 in my personal list of happy countries because they have a non-profit accelerator program for talented developers. They send you to a comfy cottage in the middle of the Swedish woods and give you all the resources you need to make a game of your dreams. That’s how _PRISM was born, and it harvested a handful of nominations and awards. You can see sample of Clint Siu’s work in the video below to get an idea of the quality of graphics you can expect from _PRISM.

_PRISM is an audio-visual experience and a moderately challenging puzzle with no story or characters. It’s more of a relaxing, ambient toy, from the likes of the physical Rubik’s cube and its more complex siblings, if you wish. Its puzzles are not its strongest part, and feel a little raw. They could use a little more complexity and creativity to please the devotees of the brain challenging games. Its stellar production values and crisp, luminescent and mysterious atmosphere make it an experience worth having. If you are on the fence about the price, I’d say go for it. You did pay for a Monument Valley or Prune, so why not enjoy something completely new and unique?