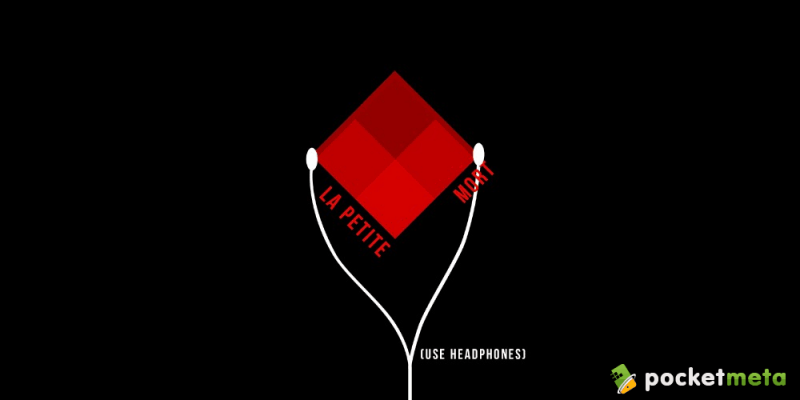 La Petite Mort is a game and a euphemism, and both have been high on the headlines of tech news outlets over the past few days. The French “la petite mort” is a euphemism for an orgasm. So, there you have it – it’s a game about an orgasm. A female orgasm, that is. We like indie games, and we love controversial indie games. So, there was no way we could pass by this title. 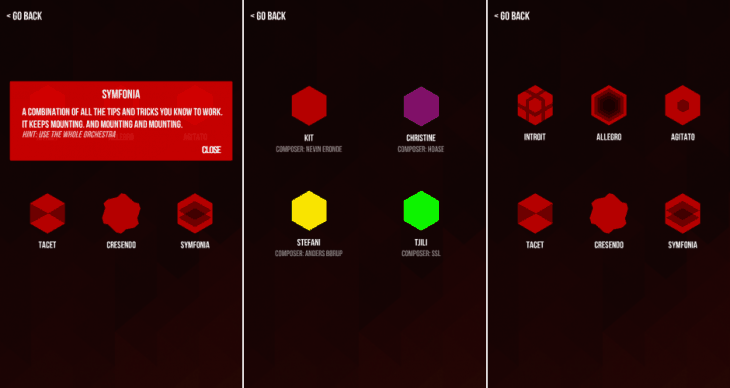 The gameplay is minimalist, yet intricate. The developers have used something that’s called a cellular automata algorithm. It simulates various parts of the organism that respond to stimuli, but La Petite Mort focuses on just one part, vulva.

There are four abstract landscapes that represent women in the game – Kit the red, Christine the purple, Stefani the yellow, and Tjili the green. Women have volunteered to provide the developers with the photographs of their intimate parts at an Arse Elektronica 2015 performance. The images have been pixelated into abstract art beyond recognition.

The objective of the player is to harness the touch capacity of the device to simulate the stimulation. I would not say the climax is the ultimate objective of the game because the process seems like the self-purpose of La Petite Mort. Although the climax opens up an achievement.

Since the touch screen does not read the pressure you’re applying, your tools are speed, frequency and direction, in their diverse variations. 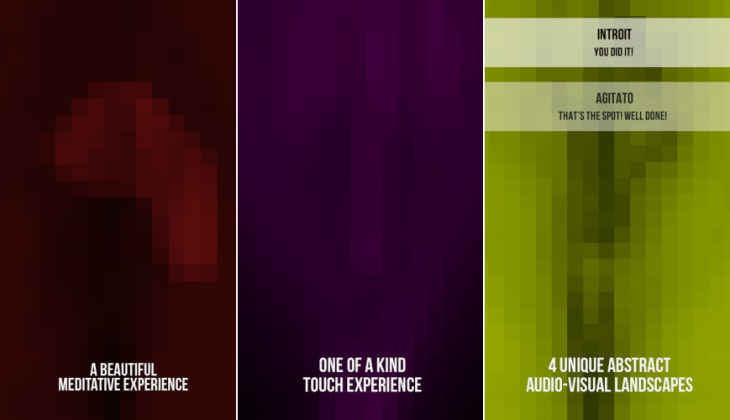 The game gives you hints. If you tap on Experiences, a tab with six icons opens up. These icons are yet another euphemisms for the same thing, but with different connotation. Introit, Allegro, Agitato, Tacet, Crescendo and Symfonia. For example, Introit – first time can be exciting. Tacet – for the advanced, no hands. And so on. These are the sort of “achievements” you unlock as you successfully complete a gameplay.

The gameplay itself tasks you with swiping your fingers across the screen, experimenting with different techniques, and listening to the audio response, which in itself is beautiful music composed by four different authors. The music is occasionally accompanied by the subtle voice-overs, and these have nothing euphemistic about them. 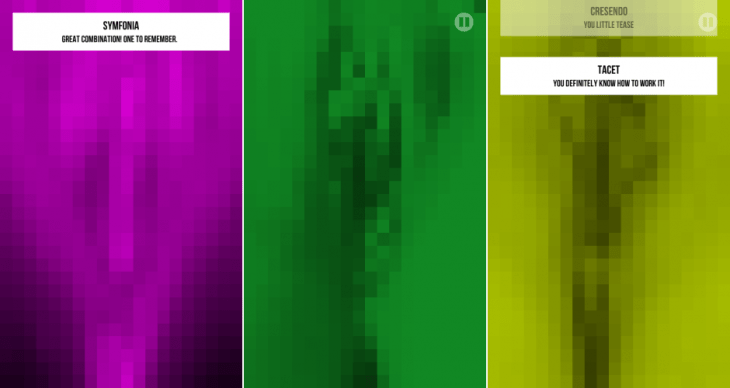 The game is realistic in a way that it lets you know when you’re doing it wrong, and it won’t really award you for being the champion of fast swiping. On the contrary, the game encourages slow, thoughtful exploration and playfulness at first, and tasks you with finding just the right pace and tempo, and the variations of techniques to achieve the result.

Each landscape is different, as is any real woman. I would not be surprised if you unlocked all achievements with just one landscape, and have difficulty with the others, or the other way around. And this is yet another speck of realism that subtly suggests to each his/her own.

You will most likely unlock all the Experiences within 15 minutes of starting the game, because each walkthrough is a miniature representation of the actual experience. If your main concern is the price/replay value ratio, I would not worry about that in this case. It’s a unique mobile game that does something with a touch screen no game has ever done before. And it manages to convey the artistic, physical and emotional aspects of the experience in most surprising ways.

However, seeing some reviews on the Play Store, I suppose not everyone is happy with the replayability here. 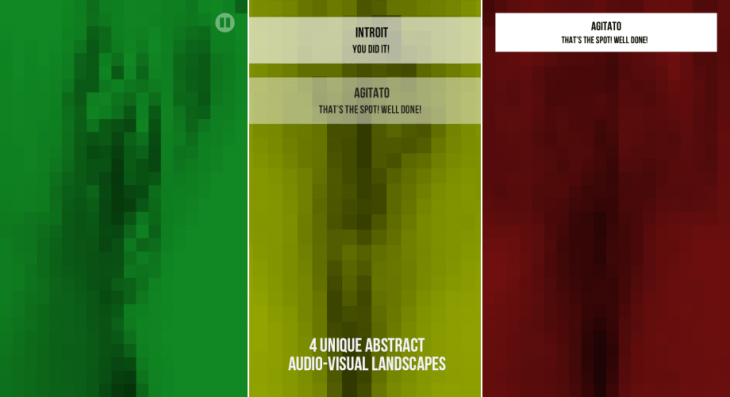 La Petite Mort is not an educational or instructional game, but there is a potential for more expansions, and more modes. Like, a more time-realistic mode that would keep you playing for more than 3 minutes a gameplay.

Another aspect worth mentioning is the controversy it has stirred. Apple iTunes has initially approved La Petite Mort, but when the developers released an update and the game had to go through the review process once again, the tech giant suddenly got puritan. “A game needs to be family-friendly,” said the email from the Apple representative. For some reason, American market is artificially dubbed as “family friendly,” and games like La Petite Mort get banned for exploring the sensuality in most abstract ways. 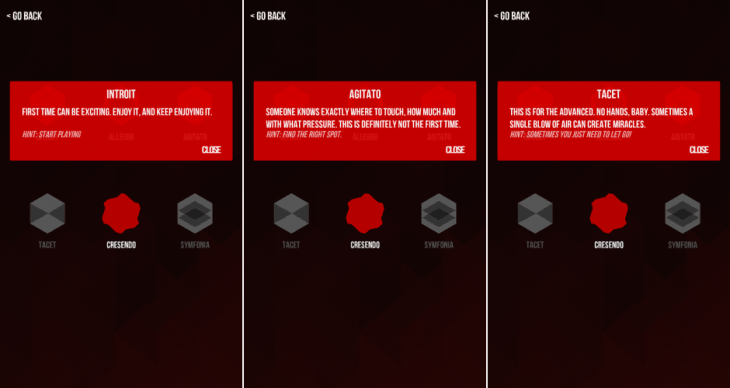 This is the market that goes crazy watching Game of Thrones, Sense8, Girlfriend Experience and Versailles, with the explicit content all over the prime time, mind you. A market, where games about shooting people in the head and tearing them to pieces with shark jaws sell like fresh donuts in the morning. Or, are given away for free with no age restrictions. And for some reason, a game that encourages exploration of one of the natural things in most subtle, highly euphemistic manners gets banned. It is wrong and unfair that art is forced out of the market and marginalized with such a blatant hypocrisy. 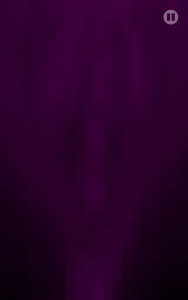 Mainstream media talk about things that have been ostracized not that long ago, like lgbt, pay gap and mass surveillance, and yet, non-explcicit sensuality gets taboo-ed. It’s not controversial in itself when you play it, and all the fuss with the iTunes ban makes me shrug. However, my hope is the said ban will work as an advertising for the game. After all, the human nature is to poke our noses into the things that have “Banned” banners on them. No pun intended.

Luckily, Google is more omnivorous, and Android users have a chance of getting their curious fingers on La Petite Mort for $2.29.

Pro tip: if you are in a relationship, this game is best played in company.

If you enjoyed games like The End of The World, my bet is you will love La Petite Mort, too.