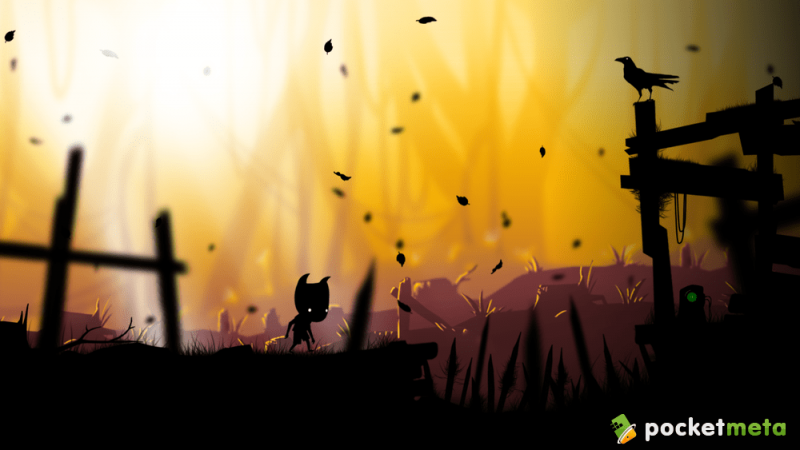 If you’ve exhausted the replay value of Limbo, Badland or Oscura, try the new game from Headup Games developed by an indie developer Lukas Navratil, with wonderful art work by Petr Stefek and awesome ambient sound score by Matt Steed. 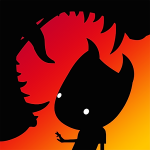 Toby The Secret Mine

Toby The Secret Mine is in the minimalist art category dubbed the silhouette style. Hence, the reference to Limbo and Badland. In fact, Toby looks so good I got completely immersed in the atmosphere right off the bat. The mesmerizing colors of the detailed background, the surprisingly realistic weather conditions like dry leaves and dust or pollen, the wind and the rain, or the striking sun add to the immersion effect. Besides, the world of Toby is populated with different kinds of critters that may not have any effect or part in the gameplay, but add more visual and ambient variety and livelihood to the entire experience. The music is gorgeous, and all the pieces of the art puzzle blend together to create a world full of mystery, danger and adventure. 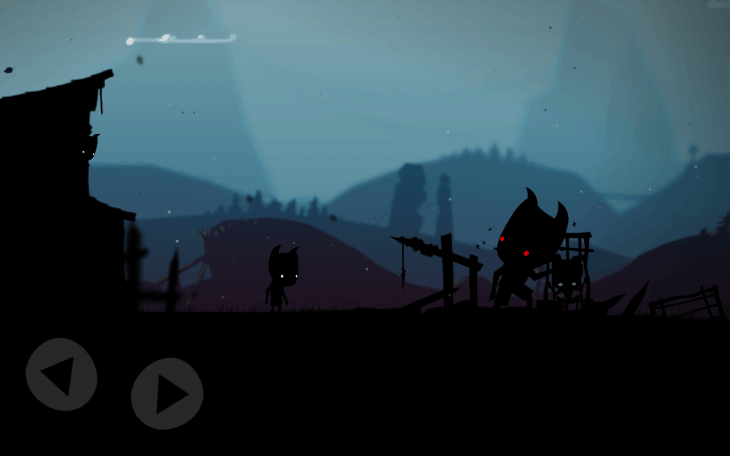 Toby is a little guy of a curious breed that looks like a little devil. It appears the dwellers of his town have been kidnapped by a big guy with red eyes, and whoever ventured to free them has not returned. So, Toby takes the matters in his hands and sets out to chase the red-eyed sadist that keeps his compatriots in cages and does God knows what to them. One by one, Toby frees his buddies, but it’s easier said than done. 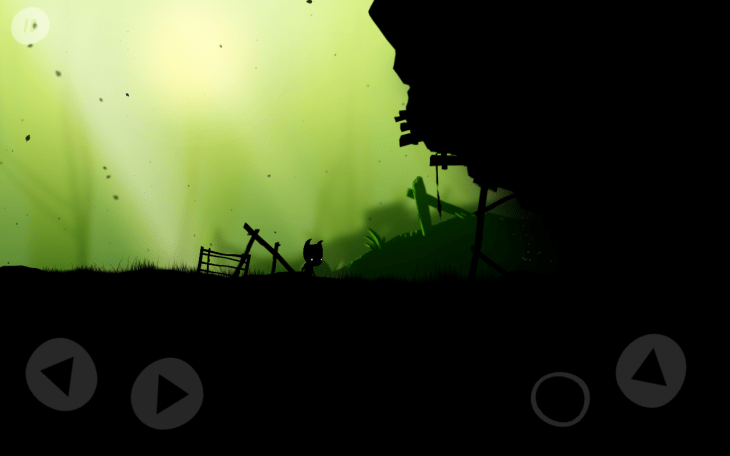 Toby chases the red-eyed devil across the Saw-like environments – creepy as hell, beautiful as any other place on earth. There are woods, and mines, and swamps, and dungeons, and some awfully claustrophobic passages, and water, and holes, and all sorts of deadly traps and contraptions to get you lost and scratching your head. 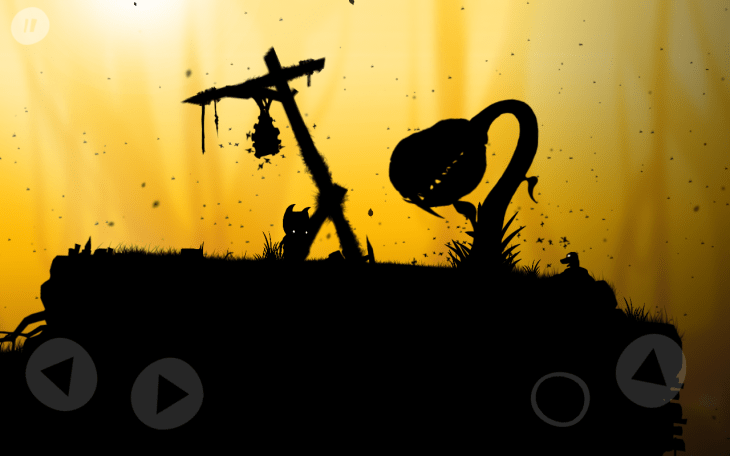 Since the game is in the silhouette style, you won’t be able to see the details of the contraptions, and it adds more mystery to the exploration. Sometimes, you would enter into a black wall, without knowing if you’re moving at all since you can no longer see Toby. And then boom, he stumbles onto something that activates a trigger, and all of a sudden you get a glimpse at a corridor he’s crawling, and the levers or switches he needs to activate. You never know what they do, but once you activate them you get a general idea of what to do next. These switches are highlighted with a bleak white glow, so tap that circle icon to interact with the object to find out what it does. 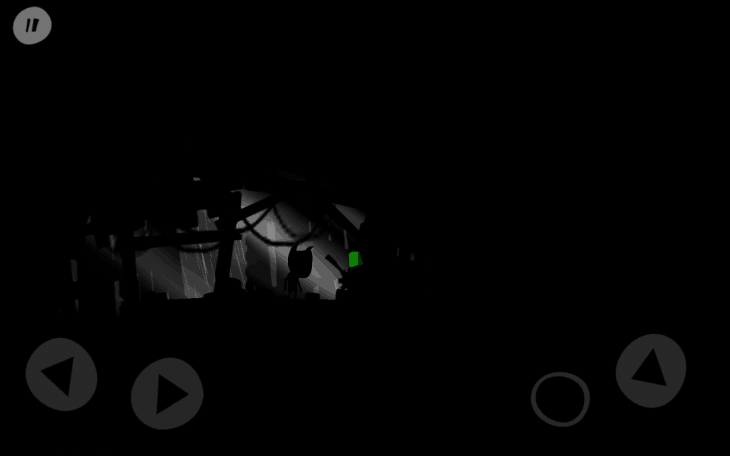 You will die a lot, and even though the game keeps the track record of your deaths and the number of freed compatriots, there is no punishment for dying other than getting back to the last checkpoint. Here is one curious thing about the checkpoints – you never know where they are. Sometimes, you revert to different stage, depending on whether you are playing continuously the same gameplay session, or get back to the game after a while. For example, when you play continuously and die, you get respawned in a place very close to where you dies. However, if you close the game, and get back to it later, you will respawn at the beginning of a level. Or, so it seems.

So, Toby gets eaten by giant carnivorous plants, gets squashed by giant lava rocks, or shot by an arrow, or drowned in a swamp, or dies many nasty deaths while you figure out how to get him past the traps set up by a horrible mind. 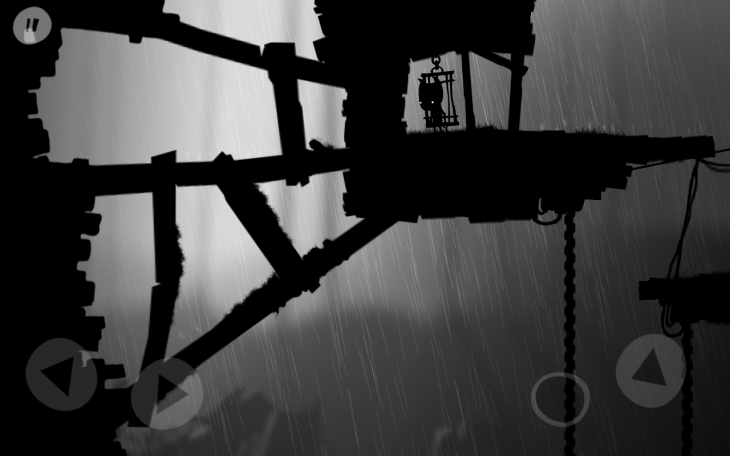 Every once in a while you will find a caged buddy and once Toby reaches the cage, his friend gets free. The game keeps track of the buddies you freed, but there is no way of telling where the cages are. You never know if the stage you just cleared had some areas you might have missed, and the trapped Tobies are still somewhere in the cages. I guess you will know that when you clear the game completely.

The game is immersing and quite challenging, which adds to the replay value. However, I don’t see myself replaying it when I get to the finish line. 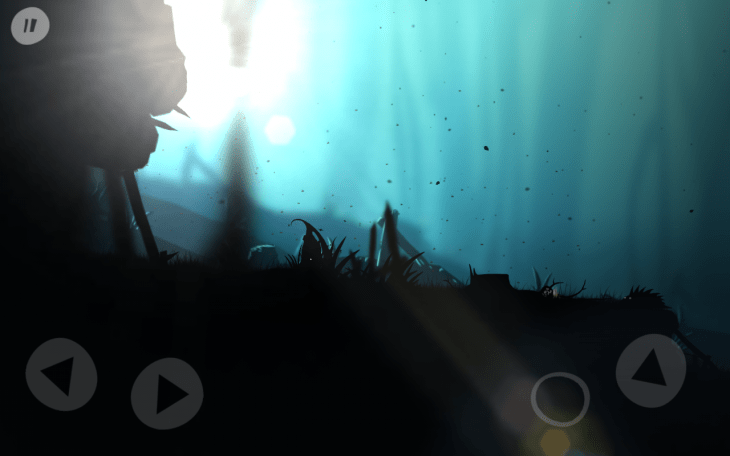 I have read a few reviews on the iTunes store, and a review on one of the mainstream gaming websites, complaining about the controls and how the bugs affect the gameplay. I am playing on a Samsung tablet, and have not encountered any lags or bugs whatsoever. The controls are responsive and easy to master; I find the gameplay experience quite fluid and consistent, logical and intuitive. So, I totally disagree with the bad ratings there, but I suppose the performance issues could be device-specific.

There might be no innovation in the area of the story, but the atmosphere, the art work and the gameplay are engrossing and very well worth the dig. The game is slightly overpriced, but it’s also void of ads, IAPs, currencies and all that freemium jazz. I cast my vote in favor of the premium model here, although a short discount offer would help the game boost the sales and spread the word. 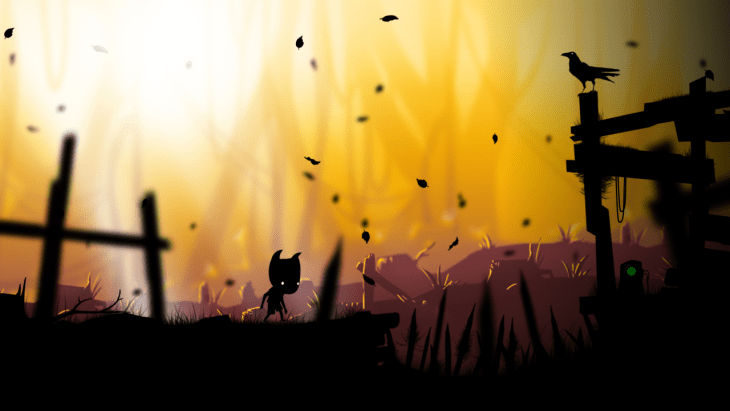 Some users report performance issues, mostly on iOS
Respawning after you close the game takes you to the beginning of a stage instead of where you died 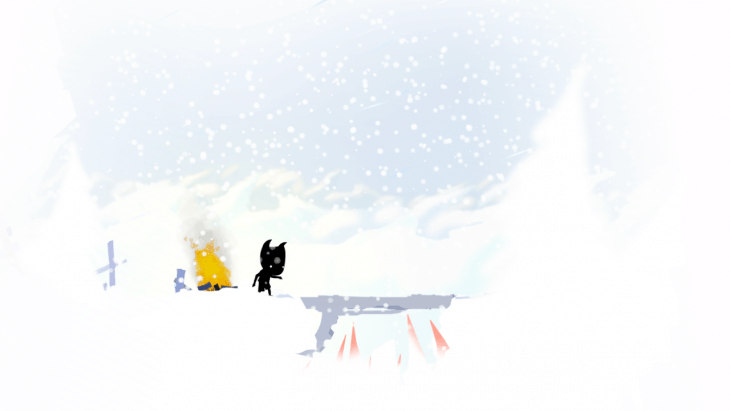 The fans of Leo’s Fortune, Nihilumbra, Badland or Limbo will love Toby The Secret Mine, and we totally recommend it. I dare say I like its visuals more than the grim world of Limbo, but that’s just me. It’s a solid platformer, with lots of challenges and puzzles to sort out, a vibrant and beautiful world to behold, and a surprisingly engrossing gameplay. It’s also on Steam.