A useful tool that can show an impressive amount of hardware-related information about your computer software
18 / 3,582

A functional task management tool that lets you keep track of performance, as well as control processes and applications
10 / 1,699

A benchmarking tool that allows monitoring and capability assessment of the GPU, also providing tests to check if your computer's hardware configuration is VR ready
3 / 1,939 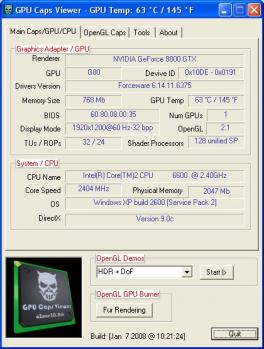