PrimoCache is a software caching scheme that offers data caching for physical disks by cooperating with the system memory, SSDs and flash drives.

With PrimoCache you can experience a dramatic increase in system performance as it stores diks data into fast cache devices (for example the system memory). Any future request for the stored data is served right from the cache, thus a lot more faster, reducing access time.

The application offers a two-level caching architecture. The primary (level-1) cache is formed of physical memory while the secondary (level-2) cache relies on SSDs, flash drives and other similar storage devices.

You can set PrimoCache to use only one of the included cache configurations or both of them.

Make sure the energy plans on your computer switch automatically to Power Saver and the monitor turns off when you are AFK
6 / 1,192

View comprehensive system and hardware information on your desktop
8 / 1,086

An open-source, free application that lets you set a custom key and use it to increase or decrease mouse sensitivity
11 / 7,707 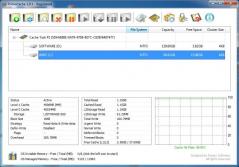 Mem Reduct 3.3.5 Keep track of your computer’s memory status in real time with this handy and convenient tool
Latest Articles
Best Mobile Apps to Learn Photography
How to Clean Up Storage Using Windows 10‘s Storage Sense
How to Transfer Games and Saved Data From PS4 to PS5
3 Quick Ways to View and Edit Apple Notes on iPhone using Windows PC
How to Send Disappearing Messages on Signal App
How to Use Apple Music on a Windows PC
How to Play Board Games with Friends via Zoom
How to Fax Documents Using Smartphone (Android and IOS)