Review
Download 3 Screenshots Our review No Video
Blender is a free and open-source 3D computer graphics application with 3D modeling, animation and rendering capabilities and a built-in game engine. With Blender you can create pretty much any kind of 3D art suitable for various purposes such as animated films, visual effects, interactive 3D applications, video games and others.

A practical and feature-rich design application for architects and engineers
2 / 1,497

A robust application that allows you to create and import 2D and more complex models for your 3D printer
50 / 4,662

A complete CAD/CAM software, equipped with numerous tools and options
6 / 2,006 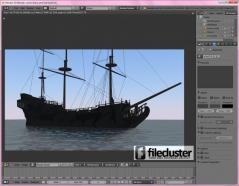