Picture Control Utility is a reliable piece of software that allows you to optimize RAW photos taken with Nikon cameras that support NCP and NP2 custom picture controls.

The application supports various models of Nikon camera that support NCP and NP2 custom picture controls such as Nikon 1 series cameras, D5, D750, D5000, D6210 and COOLPIX A cameras among others.

The photos can be imported directly from your camera, and you can use various presets to quickly edit photos for various scenarios such as Vivid, Portrait, Landscape, Standard, Flat or Vivid.

Nevertheless, Picture Control Utility also lets you manually adjust a number of parameters such as sharpening, brightness, contrast and clarity. Furthermore, you can edit brightness distribution and set the program to show the histograms of the RGB channels for the photos you’re currently editing.

Easily digitize photos using a flatbed scanner and extract photos from scans with this simple tool
18 / 2,928 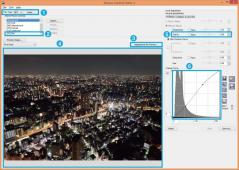