A free Microsoft Visual Studio plugin that can be used to create Arduino compatible cross-platform applications
18 / 1,929

A feature-rich tool you can use to analyze Windows applications
6 / 2,372

A Java-based development tool that can drive processes described in build files as interdependent targets and extension points
11 / 1,704 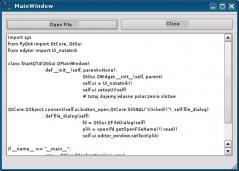 Komodo IDE 12.0.1.91869 A comprehensive IDE for editing and debugging code, with support for numerous programming languages, such as JavaScript, HTML, C / C++, XML, Perl, Python, and PHP
Latest Articles
How to Effectively Free Up Storage Space for Android Phones
How to Get Still Image from a Live Photo From iPhone
10 Best Mobile Apps That Can Save You Money (Android and IOS)
Top 10 Must-Have Apps for High School and College Students
How to Send SMS Messages Using Windows 10
How to Hide Apps on Your Android Device
How to import data from PDF to Microsoft Excel
Top 8 Best VPN Services for 2020