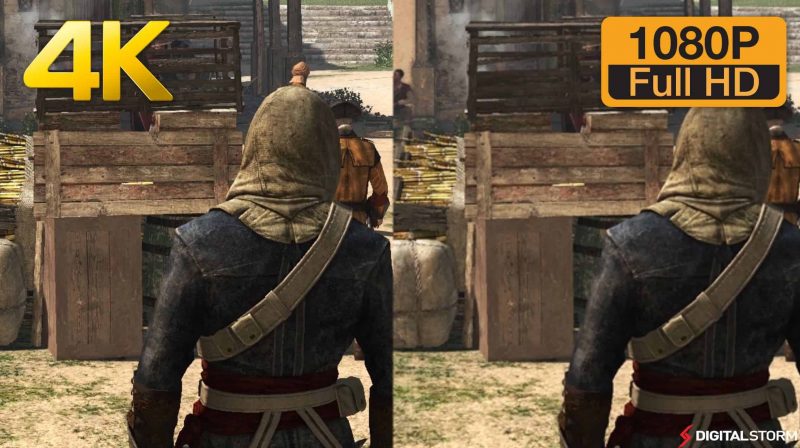 Before defining and understanding aspect ratio and resolutions, we have to understand what exactly is a display resolution and how it’s calculated.

What is a screen resolution?

A screen resolution is the sum of pixels present on the screen. The formula is pretty simple to calculate, basically the number of horizontal pixels multiplied with the number of vertical pixels. The calculated pixel count is the total number of pixels displayed. For example, the 1280×800 resolution means the screen has no more than 1,024,000 pixels.

However, since monitors and TVs come in different screen sizes, you might wonder what does it mean when a bigger screen has the same resolution as a smaller screen. For example, a 13″ laptop screen with a resolution of 1920×1080 has the same pixel count as your 50″ Full HD TV. Now you’re probably wondering how the same number of pixels can be found on 2 very different sized displays? The answer is pretty simple, the pixels are bigger on the bigger screen than on the laptop screen. Basically, the images will be shown a bit more pixelated on the bigger screen and more detailed and crips, on the smaller one. That’s why when you get a new monitor or TV, you should take this into account if you prefer smoother images.

Now, since we explained the basics of screen resolution, let’s see what’s all the fuss about those P’s

Back in the day when only monitors were able to display higher resolutions, the resolution was shown as the actual pixel count (eg. 1920×1080). In recent years, however, TV manufacturers started to bring higher resolution to our home screens and decided to label the resolution in a more friendly manner (the “p” stands for progressive-scan).

Let’s see what resolutions are behind all these new labels.

Can you watch high-resolution videos on low resolution screens?

Now at this point you’re probably wondering if your screen resolution is lower than the video you want to play, can the screen play that video? The answer is yes, you can see 1080p videos on a 720p display, a 4k video on a 1080p display and so forth. Even if your screen doesn’t have the pixel count to match the desired media, it will downsample the video to match its pixel count.

As you can see, even if technology advances rapidly and manufacturers bring us new screens constantly, it’s pretty easy to stay updated by knowing the basics of screens and display resolutions.