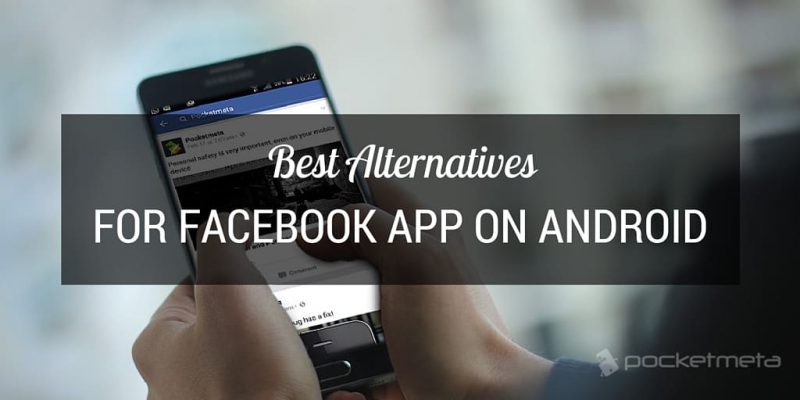 The official Facebook app for Android is well known for being always resource hungry, even if it’s just running in the background most of the time. A recommendation which I find completely useless for those who are truly active on the no.1 social network is to use the mobile browser version instead of the app. This is absolutely fine if all you want is to occasionally browse your feeds but definitely sucks for those who want to get notifications and actually stay in touch with their friends.

While usually the App Store provides numerous alternatives for popular apps and services, the Facebook app is one of the exceptions. Not to say third-party options lack completely, but there aren’t as many as you’d expect either.

Regardless, you still have some solid options to the official Facebook app which carry additional features, revamped layouts and, more importantly, lower battery and bandwidth usage. Check out our favorites below.

Before we dive in today’s roundup, I would like to mention that even the behavior of the official Facebook app can be customized to a certain extent, although making the app more resource friendly does require compromise. If this doesn’t work for you, we’ve got you covered.

Metal for Facebook & Twitter is a web wrapper that offers a light, and stylish alternative to the Facebook app. Unlike using Facebook’s mobile web version, Metal includes full support for notifications, a full-screen mode, a dark theme that can save battery on devices with AMOLED displays and a toolbar among others.

The app also supports fingerprint authentication for devices with Nexus Imprint or Android Marshmallow, bundles various themes and it’s free with no ads. On top of that, it lets you manage your Twitter account so you can use just one app for two social networks. I’d call that a win-win.

It’s obvious the developers of Fast created the app as a solution to Facebook’s poorly optimized official version. This Facebook client is highly customizable regarding both visuals and functionality but makes no compromise when it comes to battery usage which is very low.

You get all the usual Facebook features as well as a built-in Messenger, support for multiple accounts, custom news feeds, a widget and other interesting capabilities. This app is also free and definitely worth a try, but there’s one (however small) annoyance – right now you cannot copy/paste text from Facebook within the Fast app.

NewsBite for Facebook (formerly known as Folio) is one of the newest Facebook alternatives and it’s a web wrapper with a clean, Material Design layout. It comes with an impressive array of color themes (although this is a premium feature), notification support with various customization options and shortcuts to your Most Recent, Top News, and Trending feeds.

What’s interesting about NewsBite is how the app runs in the background. It remains asleep and wakes up only to check for new notifications according to the frequency you specified in its settings. If battery usage was your main issue with the official Facebook app, it’s definitely worth trying NewsBite. 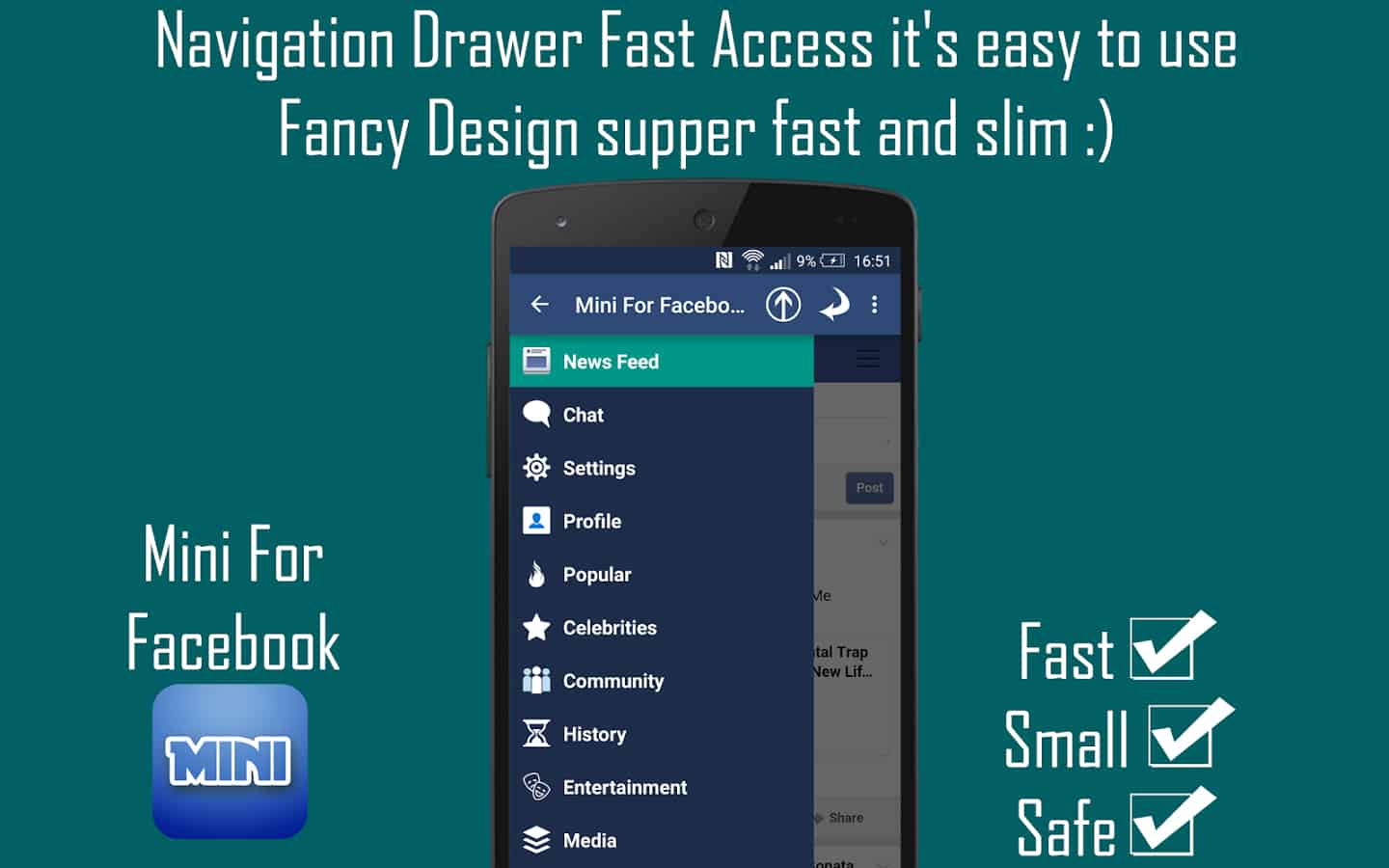 It also bundles Facebook’s Messenger and promises to make your News feed load blazing fast. Even if you don’t own an older or low-end Android handset, Mini can still help you extend the battery life of your device.

The app was designed for the security-conscious crowd as it run’s Facebook’s website in a sandbox which protects your privacy by preventing the social network from tracking your browsing activities. 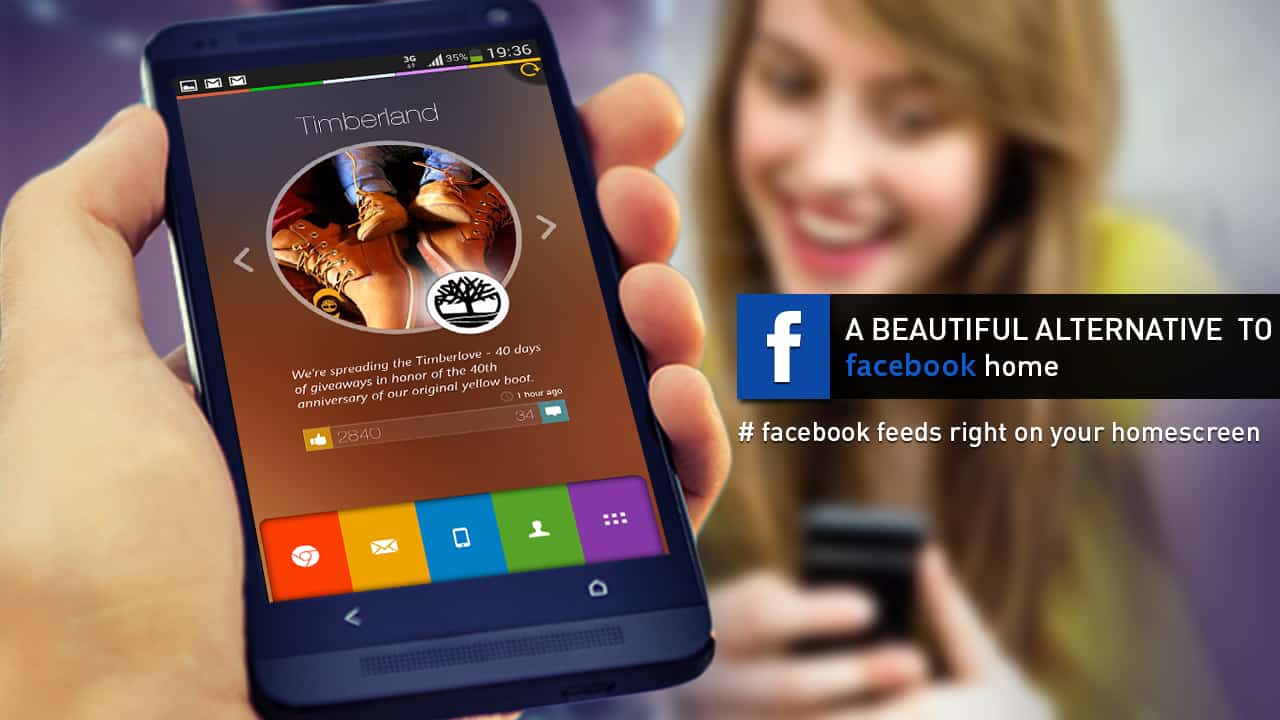 This app is perfect for those who spend a lot of time on Facebook, as it will tailor your home screen to let you easily view your news feed, apps and photos in a beautiful interface. Of course, customization options abound including for shortcuts.

Just be aware that Alias Facebook Home Launcher is practically an Android launcher so if you’re ok with having your home screen ‘facebookifyed’ there’s no better alternative. The one problem of this app is its development seems abandoned right now, despite the fact it still works.

Last on the list is Facebook Lite – not because it is the worst alternative, but because most people have already heard about it. Even so, it still needs to be mentioned as it will offer you an experience similar to the one in the standard Facebook app but optimized for low-bandwidth and congested networks, as well as lower-end phones.

To sum it up, Facebook Lite was designed to work well even if you’re experiencing connectivity issues and your Android device is far from a flagship. Many users consider it to be much better than the Facebook app so if all you need is the network’s core features, Lite is a great solution.

How are you accessing Facebook on your phone these days and what alternative apps or methods have you tried so far? Share your thoughts in the comments section or leave us a message on Google+, Facebook, and Twitter.