Pokémon Go managed to get us up from our chairs, beds, and couches, and may just be the cure for sedentarism we’ve been waiting for. However, chasing digital critters can prove to be difficult, at least if you’re trying to get rare and epic Pokémon. Luckily, with the game being so amazingly popular various maps for Pokémon Go have appeared to help us easily find Gyms, Pokéstops and of course, wild Pokémon.

Surprisingly, most of the maps for Pokémon Go are on the web, although apps are starting to appear as well. They all rely on crowdsourcing, so the more users they have, the more Pokémon sightings will be available.

If you decide to use one (or more of them), don’t forget to contribute your own Pokémon sightings to help the other players and improve the map.

Pokecrew is a reliable map for Pokémon Go with a clean design and easy to read information. Besides the actual Pokémon sightings, each has a ‘chance of sighting’ rating.

The map is still new (actually all of them are) so it doesn’t have too much information at the moment, and the one that’s available is mostly for the U.S. Nevertheless, it has one of the best UIs we’ve come across and it’s definitely worth contributing to it. 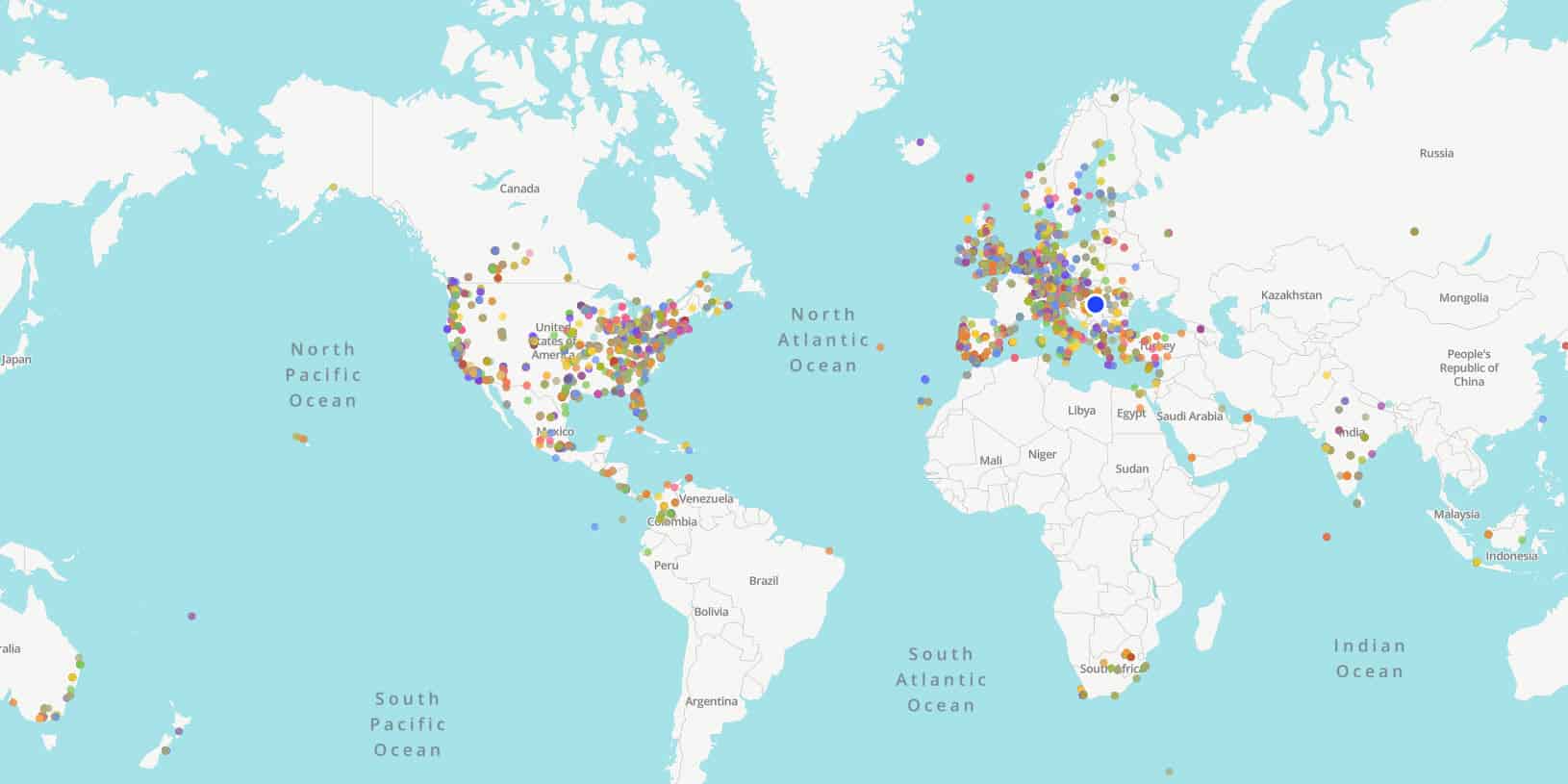 Pokemapper is also a neatly designed map for Pokémon Go and it has significantly more sightings compared to Pokecrew. As you can see, it’s growing strong, especially in the U.S. and Europe. The search function is somewhat basic but it does let you filter the map for specific types of Pokémon. Simple, yet very efficient.

I think, for now, Pokego is my favorite Pokémon Go map. It has 45k+ sightings and some interesting and unique features. Firstly, it will show local sightings in clusters and will only display them separately after you zoom in, to help you save data.

It also has a feature for removing fake sightings that compares the IP of the deleted to the map location. Markers that receive too many downvotes also get removed automatically. The developer is working on even more improvements (most of which are suggestions from users) and you can send your own ideas on making the map more useful and accurate by tweeting them to @PokeGoNow.

Don’t miss: How to share your Pokémon Go location with other players

The good? Gotta Catch ‘Em All sorts Pokémon sightings by category (common, uncommon, rares, ultra rares and epics) and also assigns them an accuracy level. You can use all of these parameters and others to filter the results on the map.

The bad? For now, Gotta Catch ‘Em All seems to be useful only to Pokémon Go players residing in the Boston area but judging by its useful set of sorting and filtering options it should become popular quickly. 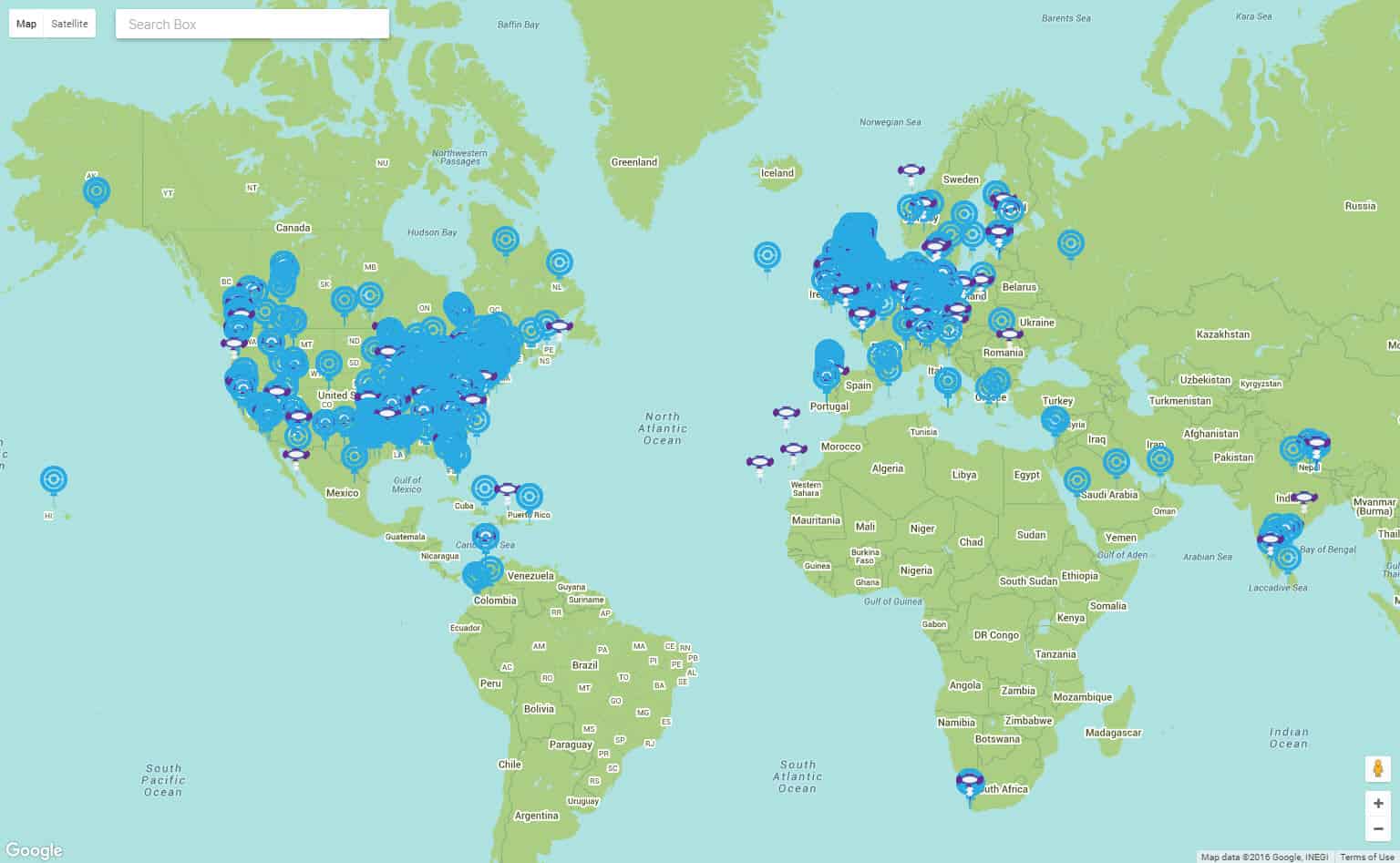 MAPokemon is only for Gyms and Pokéstops, but useful nonetheless. It will certainly come in handy if you’re traveling this summer and it’s very easy to submit new locations.

PokeMark has just a handful of sightings at the moment, but it’s getting some useful features which will make it a reliable option for finding nearby Pokémon. Firstly, the search filters let you look for specific Pokémon and select the time of sighting.

Another feature which will soon be added to the map is the ability to leave comments for any of the sightings and you can request new ones here. 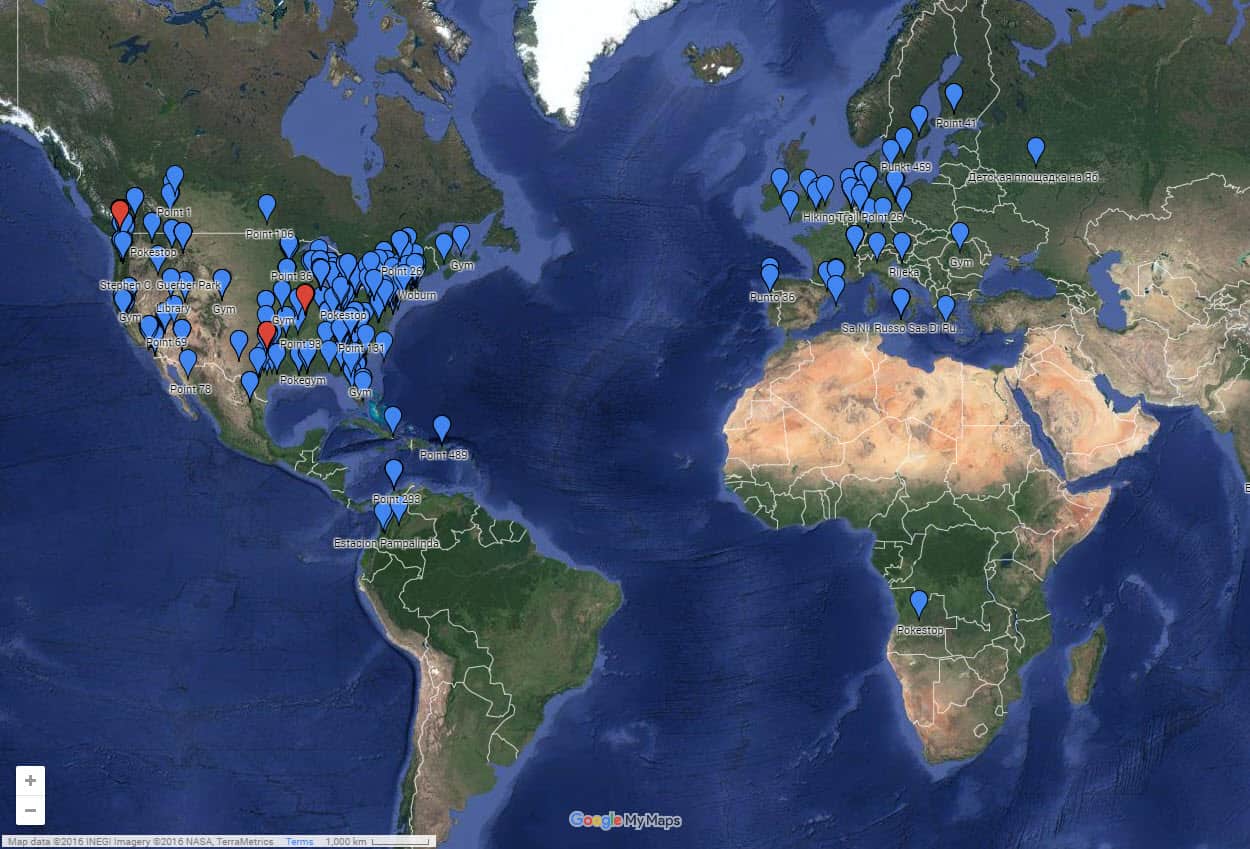 PokeFlex is another map for Gyms and Pokéstops. It has a worldwide view, but also local views for areas that have many players like New York, London, Washington, Las Vegas and others.

Web maps for Pokémon Go seem to rule over apps at the moment but it doesn’t mean there are no Pokémon Go map apps to choose from right now. It’s true, a large number of them are fake, and the ones which are the real deal still need more user input, but if you prefer an app over a web map, here are the most reliable ones:

Pokemap is a very well-made Pokémon Go map app – it lets you search for Gyms, Pokéstops, and Pokémons which can be filtered by type. Of course, you can also add markers for any of the above-mentioned categories just as easily.

The only thing Pokemap is missing right now is more user data so give it some love to help improve it!

PokeTrack lets you view and submit Pokémon sightings and you can search for specific types of Pokémon on the map. Moreover, the app has a Pokémon tracker so you can keep a log of all the Pokémon you found so far. To prevent fake markers, the app lets you confirm or deny other trainer spottings, which is to be appreciated.

Like all the other web and app maps for Pokémon Go, it heavily relies on crowdsourcing and is badly in need of it. Before you judge the lack of data too harshly, keep in mind most of these maps are not even two weeks old.

Poke Radar is just 4 days old, but it managed to amass a decent number of Pokémon sightings during that time. It still needs some improvements, like the ability to remove your markers (in case you submitted the wrong location by accident) and support for iOS versions older than 9.3, but they are currently being worked on as we speak and an update should be available soon.

There’s also a web version of Poke Radar which you can check by visiting pokeradar.io. 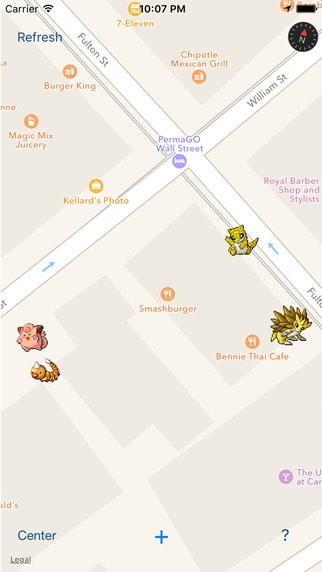 PokeFinder is very easy to use and nicely built, but it’s also just 5 days old and needs to be discovered by more users. Also, it has an issue with fake sightings at the moment, which we hope it will be fixed sooner rather than later. You should at least keep an eye on or even submit some sightings to help make PokeFinder better and grow its community.

Do you know other reliable web and app maps for Pokémon Go?

Share them with us in the comments section and don’t forget to follow us on Facebook, Twitter and Google+ to stay up to date with the latest apps, games, guides and everything Android, iOS and Windows Phone.