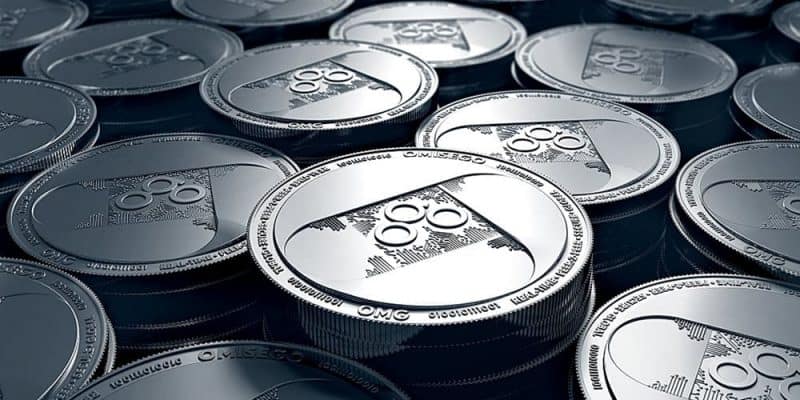 OmiseGo is a smart contract platform and a payment solution cryptocurrency focused on decentralizing payment networks and creating an open financial system.

The platform is based on Ethereum and relies on Proof-of-Stake (PoS) consensus aiming to develop a solution for the core problem of coordination between payment processors, gateways, and financial institutions.

What is OmiseGo (OMG) cryptocurrency?

The platform uses the OMG token which is an ERC20 token and is actively being developed with several dynamic projects already in motion. Right now, OmiseGo is building ODEX, a new decentralized exchange (DEX), as well as the first Plasma implementation for Ethereum which is a layer two scalability solution (more on that later).

OmiseGo is a complex project which is why we will discuss in detail its design, technology, and current projects.

A short history of OmiseGo

OmiseGo is a standalone extension of Omise, a reputable payment processor in South-East Asia. Omise was born in 2013 and the OmiseGo ICO was launched in July 2017 managing to raise $25 million. OmiseGo’s slogan is “Unbank the Banked” which signifies the creation of an open, decentralized, and interoperable financial network in which banks and other intermediaries lose their dominance.

After the ICO ended, OmiseGo has been hard at work developing the network’s main components such as the ODEX, Plasma, and White Label Wallet SDK.

Since Omise was already established in the financial payments industry before the OmiseGo was launched, it allowed the platform to access the existing relationships in this sector and granted it meaningful exposure to the mainstream which most other cryptocurrencies are lacking. Moreover, Omise is already handling payments for various leading international companies such as McDonald’s for example.

As stated in OmiseGo’s official guide, the vision of this platform is to create a new decentralized payment system:

“Through the OMG network, anyone will be able to conduct real-time, peer-to-peer financial transactions, including but not limited to payments, remittances, payroll deposit, B2B commerce, supply-chain nance, loyalty program activity, asset management, and other on-demand services in a completely decentralized and inexpensive way, and including highly performant and fully decentralized trading.”

So how exactly do this platform and all the technologies powering it work?

Technologically speaking, the current international financial system is both inefficient and complicated. OmiseGO recognizes how centralized networks like SWIFT, ACH, CHIPS, and FedWire work for the various functions they fulfill creating a system with high transaction costs, due diligence and contractual obligations by all participating parties.

The OmiseGo platform is being developed with the purpose to redefine the existing system thanks to their highly scalable DEX (called ODEX) that will be used as the infrastructure for multiple markets to connect to and interact with each other while remaining censorship-free, secure, transparent, and liquid.

The platform is based on the Ethereum blockchain, retaining secure transaction validation. Furthermore, Plasma integration will make the blockchain highly scalable with a theoretically infinite capacity.

OmiseGo is a complex platform with multiple technologies powering it so we will discuss the technical aspects of the four main components in order to understand them as a whole:

As I already mentioned above, ODEX is supposed to be a unique decentralized exchange that will serve as the infrastructure for multiple markets. It will be rolled out in 2 primary phases:

The first stage of the rollout will turn ODEX into the foundation for various venues such as markets that execute orders outside of the OmiseGo network’s PoS consensus. As a result, order matching will be performed off-chain but all settled orders will be processed as an on-chain transaction.

Early venues on the ODEX will be run by centralized entities while Omise will also serve as an operator and not a distributed validator state.  The potential for collusion among operators will be lowered over time once the network will make the complete switch to a system of validators to handle the consensus.

Also, the platform is working on implementing batch ordering for order settlement to boost the efficiency for collecting off-chain transactions into a provable on-chain transaction. Another project that’s already in development is bonded exchanges in which markets and exchanges connected to the ODEX are penalized for bad behavior through slashing of a bond deposit.

The on-chain order book component of ODEX is being actively researched although implementing it will be no easy task since it will require complex state transitions in Plasma. In the initial rollout, the on-chain market would theoretically be formed of a call market and an auction-based mechanism.

OmiseGo’s Proof of Stake Consensus is also being currently developed. In this case, the PoS relies on a validator network who stakes the native OMG token. As for other PoS systems, good behavior is rewarded in transaction fees, while bad behavior is punished. Nevertheless, OmiseGo’s penalty is soft slashing as the returns are slashed rather than the whole stake as it is for hard slashing.

Because of ODEX and OmiseGo’s premise, rewards from validator staking can be received in any currency. Returns are allocated in identical proportions to a stake, eliminating the economies of scale present in Proof-of-Work (POW) systems. Interestingly, validators will need to run a full Ethereum node for root chain security because the staked tokens are stored on the root chain.

OmiseGo’s consensus mechanism is related to its implementation of Plasma that will be at the core of the blockchain’s PoS and grant it efficient scalability.

Plasma is an Ethereum-based layer two scalability solution and OmiseGo has already finalized a Plasma MVP being the pioneers of Plasma development. Right now, the project is in the Plasma Cash phase of development.

Plasma integrates the Proof-of-Stake consensus and works as a child/root chain framework between the root chain (Ethereum) and the child chain (OmiseGo). The child chain can theoretically be scaled to infinite capacity and relies on the root  chain for security and settlement.

Plasma was created by Ethereum founder Vitalik Butern and Lightning Network co-creator Joseph Poon. This is a very complex project so if you’re interested in learning more, feel free to check the original paper.

OmiseGo’s first implementation of Plasma is called Tesuji and it will serve as the base on which further iterations will be built. The main goals are described in the roadmap update as follows:

Some of these features are already running on the testnet which according to the latest update was redeployed in December 2018 and is currently in the Minimum Viable Plasma (MVP) phase.

The eWallet suite was designed so individuals and businesses can run their own digital wallet services via a local ledger. eWallet’s instances will create a federated layer at the top of the OmiseGo network which will allow users to transact in any assets, crypto and fiat included.

The software development kit (SDK) will connect to the ODEX on the blockchain and create standard features for all wallet providers. This layer will serve as the foundation that will allow apps to be developed on top. With the SDK, eWallet Payment Providers (EPPs) can connect to the ODEX and perform decentralized exchanges for various types of assets on the OmiseGo blockchain.

With wallets being easier to connect and use, the ODEX will have improved liquidity. Thanks to its design, OmiseGo managed to resolve the coordination issue between multiple EPPs in traditional systems.

Plasma’s initial Tesuji implementation is already live on OmiseGo’s testnet but there are other projects being actively researched like refining the PoS mechanisms and the ODEX on-chain order book.

The current status of legacy payment networks and exchanges will change dramatically for the better when OmiseGo’s DEX and fully scalable PoS blockchain go live especially since the network is optimized for interoperability.

Some of the most natural applications of OmiseGo are payments and remittances in any asset, fast domestic and international payments, and a ledger for tracking assets across a large organization.

Among the more complex projects, we will likely see next-gen mobile banking solutions, digital issuance of central bank currencies, loyalty point systems for consortiums or bands, and an interoperable market of assets with high liquidity. Once it is deployed, the OmiseGo network will transition to a completely public blockchain network.

OmiseGo is currently researching groundbreaking technologies and developing ambitious projects and features. However, for this reason the network is progressing slowly which has caused frustration among many original supporters.

Even so, let’s not forget that OmiseGo has some unique advantages compared to other cryptocurrencies thanks to the parent company’s experience in payment processing networks.