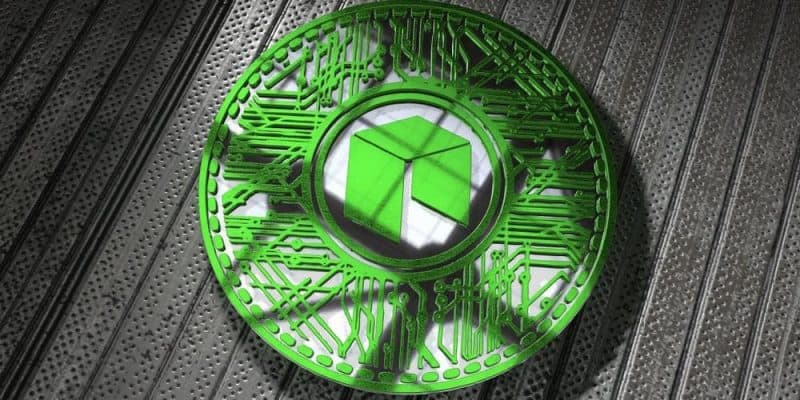 NEO is one of the most respectable altcoins that really took off last year. In our NEO guide, we explained how this platform works and how it differs from Ethereum.

Despite its popularity, NEO is struggling in the wallet department, especially when it comes to dealing with the GAS cryptocurrency.

NEO miners and investors are faced with the challenge of finding the best NEO wallets among existing ones. To make things even more difficult, there are also scam wallets on the market and it can be hard to distinguish their useful features.

Despite the limited number of reliable NEO wallets, there are still some excellent choices and we’ll discuss them below. 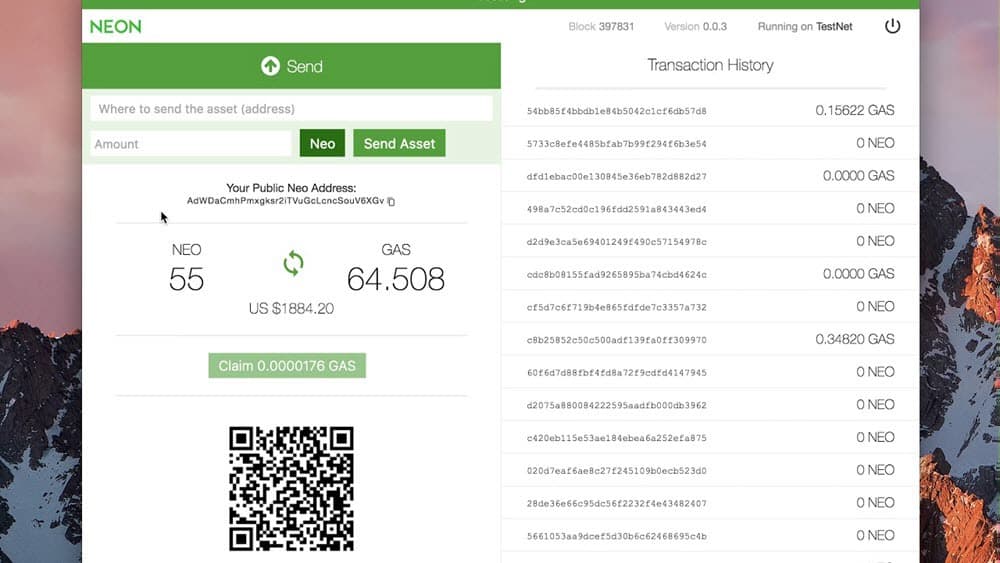 NEON Wallet is an excellent NEO desktop wallet that allows you to store and transfer both NEO and GAS.

One of the most important features of this wallet is if you hold NEO cryptocurrency in it, you can claim your automatically generated GAS.

It’s also worth mentioning your private keys are stored only locally, on your machine so they are secure at all times.

NEON Wallet has been vetted by NEO’s developers even though they weren’t the ones who created it. You can use it on Windows, Linux, and Mac platforms. 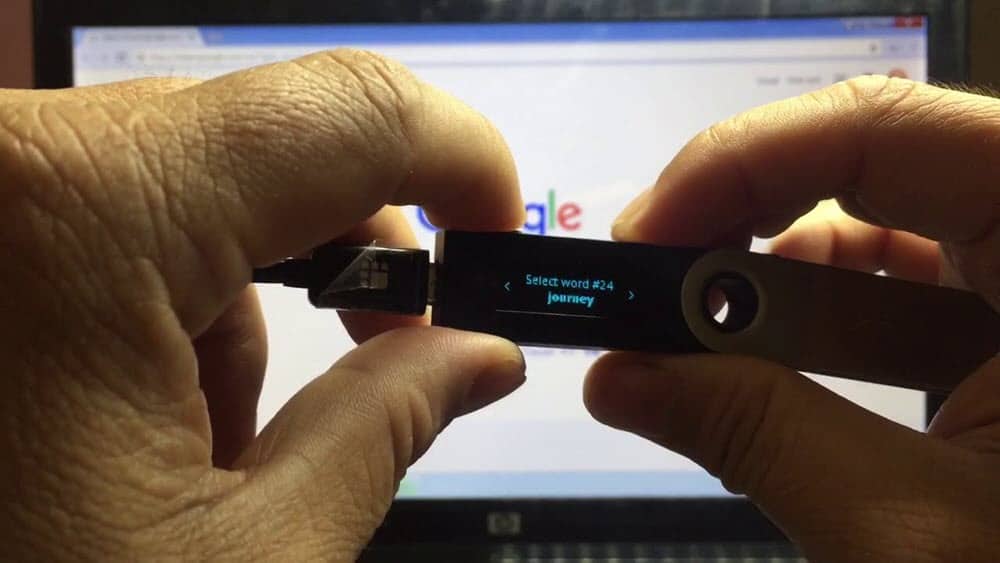 Like for any other cryptocurrency, a hardware wallet is the safest way to store NEO for long-term.

If you decide to use both wallets, no one will be able to transfer NEO or GAS unless they have access to your Ledger Nano S hardware device.

Using the Ledger Nano S also provides another excellent advantage: you can use it to store other cryptocurrencies besides NEO such as Bitcoin, Ethereum, Ripple and others. You can view all supported cryptocurrencies here.

Binance is a well-known cryptocurrency trading exchange that has a large variety of built-in wallets for storing your digital assets, including a NEO wallet. 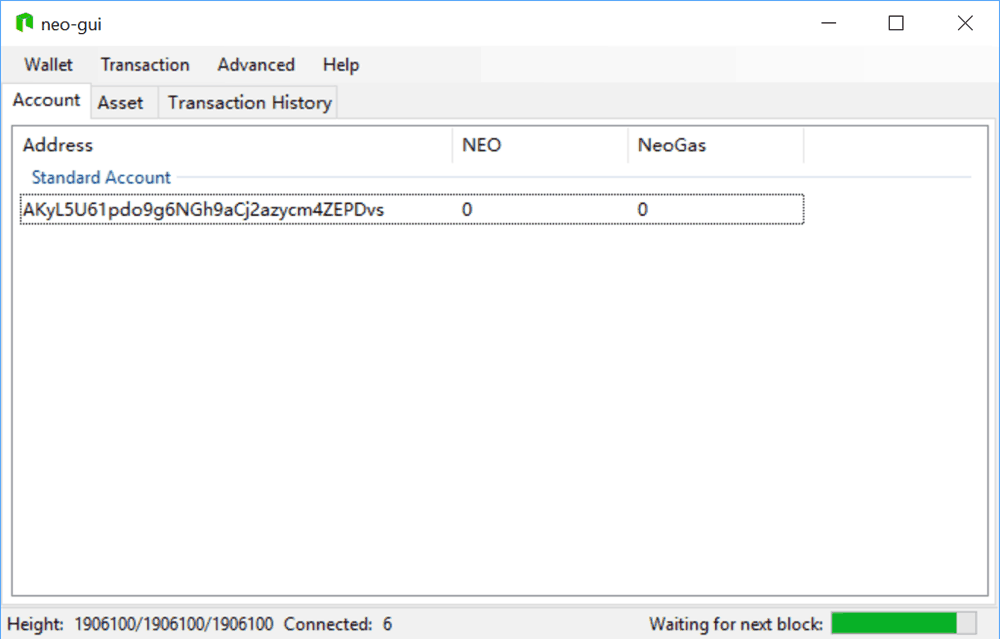 NEO GUI is the official NEO desktop wallet which syncs with the entire NEO blockchain. This process can take some time, and once it’s done you can create a new, password-protected wallet. You also have the option to import your private key as a HEX or WIF file to backup your wallet.

NEO GUI allows you to store, send, and receive both NEO and GAS. Also, GAS tokens are automatically generated for holding NEO. Nevertheless, you can only use NEO GUI on the Windows platform, starting with Windows 7 SP1 up to Windows 10.

NEO Wallet is a small web wallet created and maintained by the NEO community. All data is stored locally on your machine, plus you can create a wallet backup and fully control your private keys.

NEO wallet allows you to store and transact NEO and GAS and it also lets you claim GAS generation for holding NEO tokens. You can use NEO wallet via Chrome and Microsoft Edge web browsers.

In this wallet, you can store, send, and receive both NEO and GAS. It also allows you to claim GAS generation for holding your NEO tokens.

NEO Tracker is another web wallet that’s Javascript-based and open-source.

It has a friendly interface and allows you to store, send, and receive both NEO and GAS tokens. The option to claim automatically generated GAS for holding in NEO is also provided.

All data is generated and stored on your computer’s web browser so nothing is uploaded to the wallet’s servers. When you generate a NEO wallet using NEO Tracker, you will receive a keystore file containing your encrypted keys.

You can use NEO Tracker via Chrome and Edge browsers, and the UI is in English only. 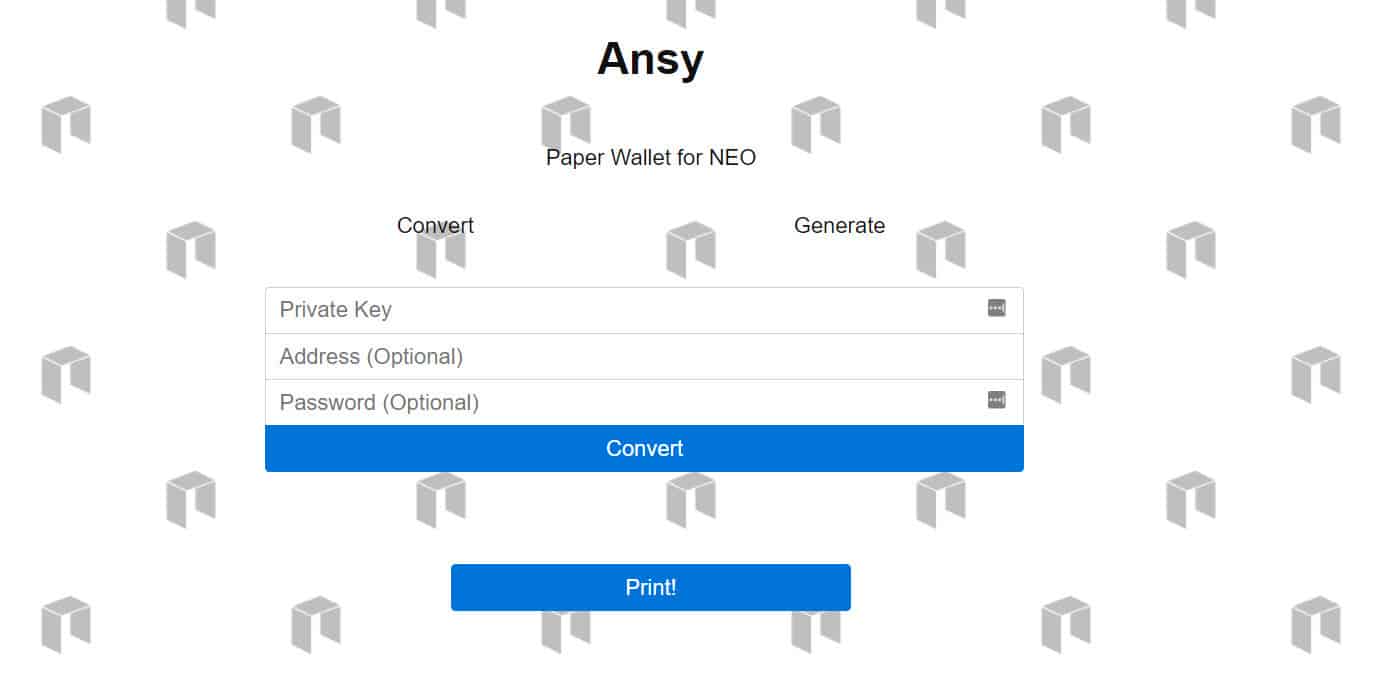 The security of a paper wallet depends on how the owner takes care of the piece of paper with the keys printed on it.

Ansy is a NEO paper wallet that allows you to store, send, and receive both NEO and GAS. However, you can’t claim GAS generated tokens with it. You can use Ansy from Chrome and Microsoft edge browsers.

NEO CLI is another official desktop NEO wallet developed by the NEO team. While NEO GUI has a graphical interface, NEO CLI is controlled via the command line, so it’s suitable for advanced users.

NEO CLI allows you to store and transact NEO and GAS, as well as claim your GAS generated tokens for holding NEO coins in the wallet.

NEO CLI supports Windows and Linux, in English only.

There may be other coins with a larger number of options when it comes to wallets, but even for NEO, you have some great alternatives.

We hope our selection of best NEO wallets will help you choose the perfect one for your needs. Nevertheless, we recommend you don’t store your coins for long on any exchange and if you want to hold on to your tokens for a longer period of time, a hardware wallet like the Ledger Nano S is the safest way of storing them.