Shazam is a standalone app that listens to and identifies the music that plays all around the user. This service has been acquired by Apple back in 2008 and has integrated its Music Recognition feature into iPhone and iPad.

It can be quite useful if you really are into music or you just want to discover more about it. To easily access Shazam and use its music recognition feature, you can add a Shazam button right into your iOS device’s control center.

You don’t actually need to install the Shazam app. You simply need an updated iOS or iPadOS to at least in version 14.2 or higher. Here’s all you need to do:

How to add Shazam to your iPhone or iPad Control Center

You will find a list of shortcuts that can be added to your Control Center. Scroll down to More Controls and find the Music Recognition shortcut with the Shazam logo. Tap the plus (+) button beside it.

This adds a Shazam Music Recognition shortcut to your Control Center. The short will also be moved to the Included Controls section of the setting.

From there, tap and hold the three-line handle for Music Recognition to move it and arrange its placement in the Control Center.

How to use Shazam Music Recognition

With the Shazam’s button now added to your device’s Control Center, here’s how to enjoy its feature

Open the Control Center and tap on the Shazam button.

The previously greyed-out button will light up and slowly pulse, indicating that it is activated and is listening to music around you.

Once it identified a song, you’ll see a banner notification at the top of your screen.

If, for some instances, Shazam cannot identify any song within 10 to 15 seconds, you will see a notification about it as well.

You can also leave Shazam running in the background and once it identified a song, a Music Recognition notification will also appear on your lock screen.

Tap on this notification to get information about the song and the artist. It will redirect you to Shazam’s website and from there, you can listen to a preview of the song. Shazam also allows its user to add the music to their Apple music library, view its lyrics, and more.

How to Screen Record Using iPhone With Audio

How to Change Your Country in Google Play Store 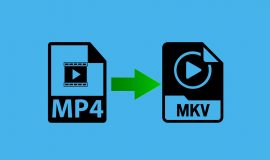 How to convert MKV to MP4 without compromising quality

How to Prevent Apps From Using Mobile Data on Android

How To Force Chromecast to update

6 New Google Maps tips and tricks to use it like...

[Review] Wizards and Wagons – Be Your Own Boss In This...