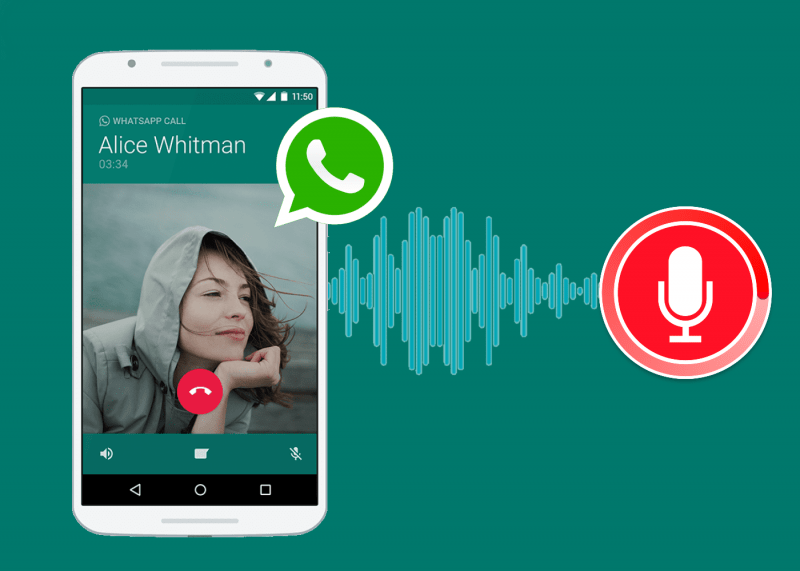 WhatsApp does not natively support a call recording function. However, if you badly need to record calls, there are some workarounds that you can do to make this possible.

Before carrying out the following methods, be sure that you have asked the receiving party for their permission to record the call.

Androids phones usually have a default Voice Recording app installed in them and this app can be used to record your WhatsApp voice conversations too.

However, despite the ease in this method, it does not guarantee that you’ll get a great sound quality or even a clear audio since the voice recording app is simply recording every sound within the environment.  For a better recording quality, you can opt for third-party apps instead.

The most recommended app for recording WhatsApp calls is Cube Call, which records  phone calls and VoIP (Voice over Internet Protocol).  As WhatsApp utilizes VoIP to relay calls, Cube Call seems like the best fit, but the catch is that you can only use the app if it is compatible with your device. This is if your Android device supports VoIP. To help take the guesswork away from you, Cube Call works for the phone units that are listed on this sheet.

However, if this still does not work, then maybe Cube Call doesn’t support your mobile phone.

Worth reading: How to record Discord Audio

Record WhatsApp Calls on your iPhone

Now, recording WhatsApp calls using iPhone is another thing. Due to iPhone’s restrictions as security features, there are not much of third party apps that you can use to record voice call. There is just not much of a way to force that just yet. The simplest, straight forward method is to use other devices to record WhatsApp calls.

If you need phone call recordings, here’s how you record phone calls on your iPhone.

The first option is to simply use another phone with a voice recording app.

Another option is to use specific catch-all hardware for recording calls. One very compact device you can try is the RecorderGear PR200 which you find on Amazon.

You can use it to record, not just WhatsApp calls, but also regular phone calls in your iPhone, as cited here, which includes a detailed method on how you can set up the RecorderGear PR200.

Recording using a Mac PC/Laptop and an iPhone

For this last, somewhat a bit complicated method, you will need 3 devices, an iPhone, a Mac PC or Laptop and a primary phone that can be an IPhone or an Android device.