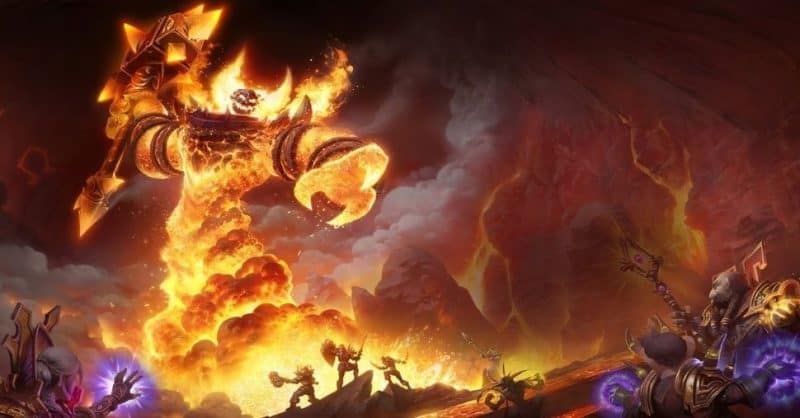 World of Warcraft is a massively multiplayer online game or MMORPG, that was launched in 2004 by Blizzard Entertainment. The game is set in the Warcraft universe four years after the events in Warcraft 3: The Frozen Throne. World of Warcraft was an instant hit, becoming the most popular MMORPG ever to be created and still holds the crown to this day.

World of Warcraft “suffered” a lot of core changes with its expansions which made many players unhappy about the state of the game. Mechanics and especially the game’s social aspect was affected, the introduction of cross-realm play killing the servers’ identity over time. For many years players asked for a resurrection of Vanilla WoW and finally, Blizzard announced World of Warcraft Classic at Blizzcon 2018, with the release date scheduled for August 27, 2019.

Leveling by zones in Azeroth

Unlike its brother, in Classic WoW each zone has a different level range for you to level in. That means you if you go to zones in which mobs are way higher level than you, you’ll get killed in a matter of seconds. It’s important to know the level range for each zone in the world if you plan on power leveling or simply you run out of quests for a specific zone. With that in mind, here’s a nifty little map with every zone on the map, each stamped with the level range, cities, and dragon marks.

Fast Leveling to 60 in Classic WoW

There are various ways in which you can level fast or power level, having an optimal questing route while killing certain mobs along the way, farming dungeons or AOE grinding in several spots. Of course, some players like to combine these leveling techniques to create a more optimal and less boring route. While most players will level up normally by doing quests and killing mobs along the way, there are some that want to get to end-game quickly. For those, we compiled several resources.

There are 9 classes in World of Warcraft, each with their distinctive gameplay and mechanic. These classes are Mage, Warrior, Priest, Warlock, Rogue, Hunter, Shaman, Paladin and Druid. Both factions, Alliance and Horde, can create any class, the only exceptions being Paladin and Shaman, exclusive to Alliance and Horde respectively.

Since Classic WoW has the original talent tree system, players can create different specs, adding a more unique layer to the game. Each class has a maximum of 51 points to spend in the talent tree at level 60 and it’s important how we distribute these points during the leveling phase. That being said, at end-game, each class has 1 or 2 viable specs, depending on the raids. For example, mages aren’t viable with a fire spec in Molten Core or Blackwing Lair but fire does a lot more than frost in Naxxramas or AQ.

We compiled a set of resources for each class that includes talent builds, rotations, stat priority, gear and more.

However, when you start fresh, it’s optimal to plan ahead, choosing 2 professions that you’ll want in end-game but picking 2 gathering professions at the start of your leveling process to sell the gathered materials. This ensures you have a constant flow of gold as you level up and if played right, gets you the mounts when you get to level 40 and 60. In Classic WoW each profession has a max level of 300 which lets you access the best crafting recipes and materials.

That being said, professions can be leveled fast by having a certain amount of mats or buying them off the Auction House. Below, you’ll find a fast leveling guide for every profession in the game.

World of Warcraft is also known for its huge selection of addons that enhance the game, making it even better and in some instances, more visually appealing. There are different types of addons, from interface modifications to spell trackers, unit frames, map enhancements, Auction House tools and many more.

We’ve compiled a list with the best addons for Classic WoW that in our opinion, make the game even better than it already is. The guide will be constantly updated with more popular addons that are being ported back to Classic.

It’s no secret that Vanilla WoW, for many players, was difficult to farm gold, especially at the lower levels. However, many years have passed since its launch and fortunately, now, there are many ways to grind gold in World of Warcraft. Depending on your class, spec and professions, there are various ways to grind that sweet coin. It’s very important we have the necessary amount of gold to train our spells constantly and more importantly, to have the gold to get our first mount, which will increase our leveling and grinding speed exponentially.

That being said, there are many ways in which you can farm gold in Classic WoW and it’s mainly a player’s preference. If you like to play the Auction House, AOE grind or just solo farm in dungeons, to name a few, you have to check out our Classic WoW gold farming guide.